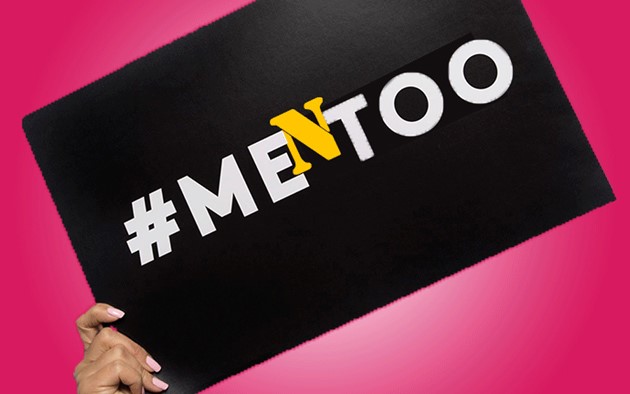 The goal of #MenToo is to investigate the influence of masculinity and gender breakdown of the work environment on the psychological outcomes of men who experience sexual harassment at Michigan Medicine. Three waves of data have been collected for the Michigan Medicine #MedToo project; and this current project focuses on the third and final wave, which concentrates on people at lower positions of power (e.g. low socio-economic status). I argue that these individuals are often understudied in research (e.g. security, social workers, environmental service/janitorial service) and are the most vulnerable. The importance of this project is to solely focus on men and how masculinity plays a role in their experiences of sexual harassment (more specifically gender harassment, since it is the more prominent form of harassment men experience). Sexual harassment in general is hard to detect if we ask direct questions such as “have you been harassed?”, this is also the case when studying negative psychological outcomes (e.g. depression). Therefore, I used the Sexual Experiences Questionnaire (SEQ) which relies on behaviors specific to sexual harassment rather than one sole inquiry of sexual harassment. We additionally, measured masculinity in three different forms including masculinity norms within workplace, gender breakdown, and gendered personality traits. Men are held to the expectation that they must not show weakness, hence, rarely do they report sexual harassment. This project hopes to shed light on men who experience sexual harassment and the outcomes that come with it.

In the current study I plan to analyze data from a 20-minute online survey that will be administered to staff within the University of Michigan’s Hospital (primarily referred to as “Michigan Medicine”). The survey is set to be distributed September 2020 and will inquire about experiences of sexual harassment and negative outcomes associated with sexual harassment (e.g. mental health, job satistfaction, reporting and retaliation) within the past year. I will conduct three different analyses to investigate men’s experiences of sexual harassment to address this study’s multiple research questions and hypotheses. I hypothesize the following:

Hypothesis 1: Masculinity contest culture (MCC) will exist even within Michigan Medicine. However, the degree which aspects (of MCC) exist will vary.

Hypothesis 2: High prevalence of MCC will be associated with sexual harassment; gender harassment may occur at a higher rate or show a greater prevalence compared to sexual coercion and unwanted sexual attention since male nurses are in a non-traditional job occupation.

Hypothesis 3: Based on previous literature, I anticipate that men are more likely to target and sexually harass other men. Regardless of the perpetrator’s gender, men will not label sexual harassment as sexual harassment to avoid being percieved as vulnerable or weak.

Unfortunately, due to COVID-19 this project has been put on hold until fall 2020 in order to allow our healthcare workers to focus on combatting the current pandemic. Luckily, I will be able to get a unique data focusing on harassment during times of high racial tension and stress. I will also be conducting follow up interviews using a subset of men of color specifically from this sample. The goal is to further understand a form of harassment referred to as racialized sexual harassment and its relationship with masculinity (Buchanan & Ormerod, 2002). Masculinity and the ability to prove your own manhood is the “currency” by which men prove their dominance (Berdahl, 2007; Connell & Messerschmidt, 2005). However, masculinity is difficult to sustain and easy to lose. This is particularly apparent when considering men of color who must subscribe to white dominant forms of masculinity to prove their manhood (Cheng, 1999). Men of color have unique positions when considering both their privileged and marginalized identities, but their privilege does not protect them from sexual harassment.

According to research, people of color frequently experience sexual and racial harassment as well as a combination of the two (racialized sexual harassment). However, much of this research has focused on women of color (Buchanan & Ormerod, 2002), with less known about men of color experiences (Kearney & Rochlen, 2012; Stephens & Eaton, 2014). With this project I plan to conduct one-on-one interviews with men of color from three racial/ethnic groups (Black, Latinx, and Asian) to explore the ways in which harassment is conceptualized. I argue that the hyper-sexualization of men of color combined with constant masculinity expectations will be present in sexual, racial, and racialized sexual harassment.

The University of Michigan’s library has proved substantial support towards the development and success of this project. The funds of this grant will be used to pay the future participants that take part in this study. I have particularly picked low income staff because they are often an understudied and undervalued group. Rarely, are they given a voice and the library has played an important part in making this happen. The significance of paying participants for their time is something I strongly advocate for. Coming from a low socio-economic background I understand the significance of the dollar. I stress that we as scholars should not underestimate the value compensation has in making a difference. While to some people it may just be $5 or $10, this can become the meal for someone who has been struggling financially.

Additionally, the support of library staff has provided me resources for training research assistants to assist in literature reviews. They have shown me new ways to effectively store and organize journal articles and search for scholarship around this topic. I extend a special thanks to the library staff and more specifically Hailey Mooney who has been my support during the development of this project. 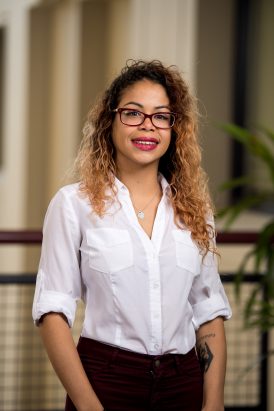