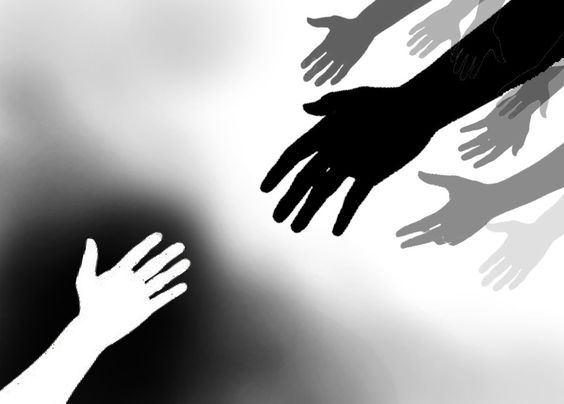 The Michigan Library Scholars application jumped out at me back in February. I’m a rising junior studying economics & communications with a minor in Spanish, hoping to ultimately work for a non-profit one day. I saw the Askwith project and was immediately drawn to it because the majority of my classes this past semester were on globalization. Slowly I began to understand the necessity of being culturally aware and maintaining diversity in a world where homogeneity is often expected. Knowing I had been confined to my own “single-story,” or was truly only familiar with my home country, became an impediment to my perspective on the global community. The MLS program stood out to me then, and now, because I got to be part of a team working to end narrow-mindedness at UM.

I kept getting asked, “what do you want to get out of this internship?” What “training” are you looking for? But, I never knew what to respond to the mentors or Gabriel. I’m used to a syllabus or a project prompt to guide me. In this case, however, I was in charge of writing my own path. To say I was flustered was an understatement.

I was informed early on that the project I’d be working on was increasing awareness and usability of the Askwith Latin American film collection. From there, however, I was given complete autonomy in regard to the material I created and the way I wanted to market the collection. After getting a list of 26 pages of merely film titles, I knew I had to start from the beginning: organizing the collection to let my brain grasp the content fully. Once I was able to get a cognizance for the entirety of films I made a game plan. I created two separate themes that I wanted to explore and ultimately merged the two into one final online exhibit.

The Askwith intern team was given numerous training sessions on usability/accessibility, Omeka, Aleph, social media, and Qualtrics. I’m eternally grateful for a team that pushed me but never made me feel overwhelmed. The ball was always in my court, so to speak, meaning I was in charge of designing my final project however I wanted. Our team worked together on a game plan that addressed the goals of the internship: promoting the Askwith film collection.

I wanted to end up with deliverables that cover the complexity but also the intimacy of the film narratives. While going through the collection, the same issue of a lack of knowledge kept hitting me. Why had I never heard of the orphan epidemic in Haiti until now? Why am I just now learning about the immense danger of crossing the border? But it was these small-minded questions that led me to the real root of the problem. Why isn’t the media doing a better job addressing the hardships faced by third-world countries and emphasizing the importance of helping them?

The directors of the films in the Latinx collection made it their responsibility to address these problems. By giving the Latin American people a voice they ensured their stories would be heard. My online exhibit (linked here) attempts to give a platform for these directors. These stories can’t go unheard any longer. It was my mission to create an online exhibit that asked the people of the United States, the “haves” in this case, to educate themselves on the atrocities affecting the people of Latin America. The people are suffering and it’s our duty as the privileged community to step in and give our help in whatever way we can.

Navigating Omeka was quite the challenge. A site that boasts simplicity is nothing of the sort. The challenge was intensified due to the fact that we were working from home. A simple walk to a mentor's desk turned to a few days worth of back and forth emails or maybe a zoom meeting, thus effective communication was of the essence. However, the challenge was accepted with open arms. I learned how to work effectively, the power of teamwork, and the significance of prioritizing. Rather than fixating on problems, I learned to think ahead and figure out what else I could do with my time.

Another challenge I took upon myself was creating a “Buzzfeed” type quiz. My friends and I seem to always find ourselves on Buzzfeed finding out what High School Musical character we would most likely be, or where we’re most likely to live post-college, so I figured what better way to promote the collection than finding an engaging way to include the people taking it. With the quiz, I eliminate the need for the audience member to take the time to scroll through the 23 pages of film titles and summaries to find a film to watch. Instead, they take the quiz (linked here) and it will generate a title for them based on their interests.

The Buzzfeed quiz was my take on modernizing the Askwith collection. I was able to meet with Diana Perpich, the Connected Scholarship Librarian, to learn how Qualtrics works. Ms. Perpich challenged me to think in ways I never thought and to make the quiz intelligent in a way the viewer isn’t. What that means is I ask the viewer to contemplate what they’re really trying to get out of the movie they’re about to watch - a film to watch, a film to educate themselves, or a film to empathize with. It was cool to be able to learn the inner workings of a program I’ve been using throughout my time at UM.

My experience with the MLS program has been overwhelmingly positive. These three short months have challenged me to think critically, learn to navigate the unknowns, and contemplate how to engage a target audience that ranged from peers to professors. I thank my mentors, Sheila McFolley, Chloe Herl, and Laurie Shaw Smith for being my biggest cheerleaders, Gabriel Duque for being beyond encouraging, and my co-intern Effy for the constant support. Thank you!