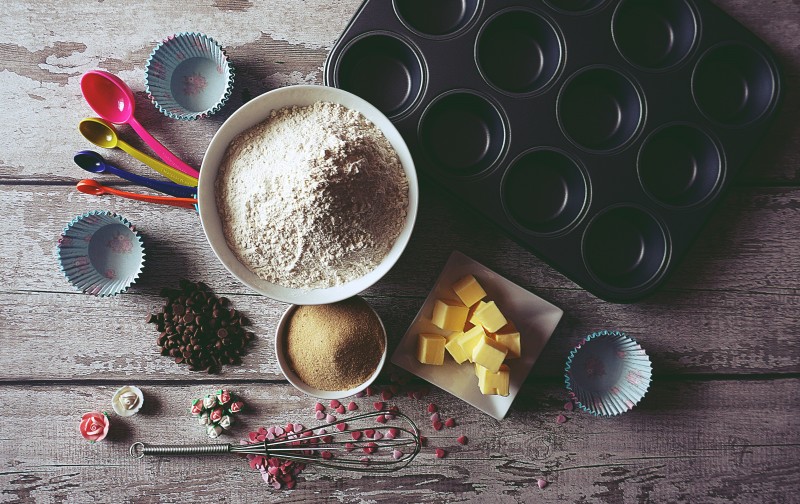 No, I don’t bake; I can’t even cook, but my favorite show to regularly surf the television program schedule for and then to watch breathlessly for the entire hour is…The Great British Baking Show.  According to a little bit of research I did on Google, I discovered this is now the most-watched show in the United Kingdom, one that is even used as a political touchstone for uniting that currently divided country. Now that the Baking Show has come to the United States, its international popularity is a topic of discussion here, too. I love to see the valiant efforts that the twelve amateur bakers put into their three creations, as directed to make by the judges Mary Berry and Paul Hollywood. I love to see the finished products, too—the fancy French breads, the technically-difficult exotic concoctions, and the superb multi-layered, over-decorated and overdone “Show-stoppers”.

I am not sure that I agree completely with the title used for the article, “Britain Is Losing Its Sh*t Over This Meaningless Baking Competition, and Now We Are Too,” but the author on GQ (Gentlemen’s Quarterly) describes the process thus:  “At the end of each week, one person is crowned "star baker" and one person is voted off by the judges. The person voted off is the only person who doesn't progress to next week's competition. Being named "star baker" is purely symbolic, and it doesn't guarantee you're safe the next week. The only prize it comes with is the opportunity to wear what looks like a store-bought novelty sheriff's badge from a child's cowboy costume on your apron during the next round.”

I enjoy the frantic aspects of the contestants’ meeting the appointed time limits while creating a product that the judges will appreciate both from a tasting and an appearance standpoint.  Some of the results look mouthwateringly delicious, while others seem not to be items that would tempt me and their production involves unnecessarily complicated and tedious efforts applied just for the sake of the contest and not really for eating.

Things go wrong; sometimes a whole batter has to be jettisoned; occasionally someone forgets to turn on the oven; burning of the baked item occurs; a pudding or custard fails to set in time; miscounting the number of muffins or rolls is a rare occurrence but it can happen. Meanwhile, the rain outside rolls down along the side flaps of the tent.

However, to tell the truth, what I appreciate the most is the DIVERSITY in the bakers: Nadija from Bangladesh wearing a headscarf, Dev from India, Selassi from Ghana, and others who from their accents are obviously from various parts of the United Kingdom.  And the nicest part is that although during the hour, they are in competition with one another, they all seem to get along, encouraging and even physically assisting each other whenever two people are needed to handle the work in progress. And when the winners/losers are declared, they hug and hug and hug each other.  It’s diversity and it’s lovely!

Along with themes of Tudor and Victorian periods, we also focus on botanicals, animals (e.g. a baked lion), French delicacies, all kinds of breads, among other topics that the contestants are assigned to BAKE!

Here’s a crazy coincidence: Just as I had written this blog (on the morning of 10/8/17), I was glancing through the NYT Sunday Magazine and this is what I found:

Lately, in a bit of blatant off-label use, I’ve been self-administering doses of “The Great British Baking Show,” Season 3. I watch it as a kind of holistic cure for the overwhelming stress of American life in 2017. That and Bulleit Bourbon are about the only two things that work.

I stumbled upon “Great British Baking” relief just as I was coming to terms with the fact that the source of my upset was reality TV itself. All that manufactured truth leaking out into real life, and the fictional personalities following behind and wreaking havoc along with it.

There I was, praying that Dennis Rodman, of “Celebrity Rehab,” might ease nuclear tensions via his connection to the Oval Office (see: “Celebrity Apprentice 2”) when it all became clear. The path to easing my own tensions was more reality TV.

It’s the same as having a bloody mary for breakfast to chase a hangover away. To back it up with real science: Polio was eradicated with a polio vaccine. And what is that vaccine made of? Just a tiny bit of polio, of course.

For the uninitiated, “The Great British Baking Show” unfolds in a kind of postcolonial Garden of Eden, in a tent set atop a thick carpet of lawn. Inside it, every contestant gets his or her own identical oven and mixer, and a stretch of counter on which to knead. An unseen clock is set, a task dispensed and then those hopefuls get to work at the cry of “Bake!”

Despite its being a food show, it neither distracts us with hunger nor fills us with want, as most of the time the froufrou cakes assigned are so far from anything anyone would ever choose to eat — they’re too sweet, or too creamy, or ridiculously complex. We cheer at home as a prison governor delivers a museum-worthy lion’s head sculpted completely out of bread.

The pair of judges who hand down the verdicts are the onomatopoetic foodies Mary Berry and Paul Hollywood. Never have two people looked more like the sound of their names: he of the piercing eyes and flirtatious first bite, and she, the gentler and more senior, apt to declare something to be absolutely “scrummy.” They don’t ridicule, bait or pit contestants against one another. They don’t baldly exploit the personal.

In this dark age of walls rising up along with old hatreds, the show is magically unwilling to acknowledge anything beyond what comes out of the ovens. My all-time favorite contestant, Nadiya Hussain, whipped up wedding cakes, iced buns and a chocolate peacock while wearing a hijab. Not once did anyone bring up religion or race or note that she covers her hair.

While out from under that tent, in a world beyond the safety of screens, our reality-TV president (of “WrestleMania” IV, V and VII and “The All New Mickey Mouse Club”) threatens to strip health care from actual American children and annihilate countries filled with people who live and breathe, there is something to be said for an hour of fantasy in which success is based on merit, kindness reigns and the ultimate price paid is ejection from the warmth of that KitchenAid Eden and a walk across a verdant lawn.