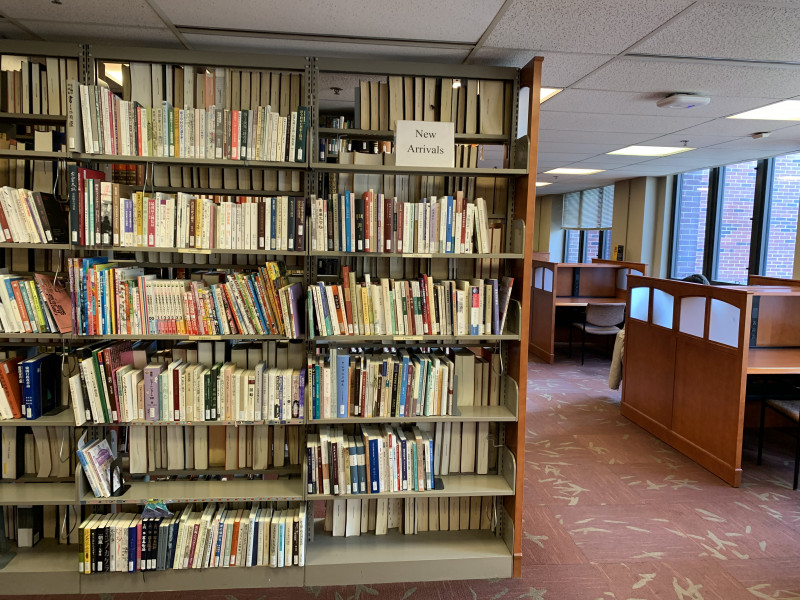 Asia Library, which celebrated its 70th anniversary in 2017, recently logged another very meaningful milestone: the number of volumes we hold has surpassed the one million mark. To be precise (we think), our collection now contains 1,006,553 volumes. Of course, that number is always increasing, but moving into seven digits is particularly gratifying. Last year, only Harvard University’s East Asian library added more volumes to its collection--our new additions totaled 23,179.

Asia Library belongs to a professional organization called the Council on East Asian Libraries, which goes by the acronym CEAL, pronounced “seal.” A committee of the Association of Asian Studies, CEAL is a membership organization consisting of librarians and other specialists who work in libraries holding materials related to East Asian studies. Many are located in North America, but there are also members from elsewhere around the globe.

Each year CEAL member libraries report statistics related to every aspect of their work--acquisitions, cataloging, presentations, reference transactions, and more--to the CEAL Statistics Committee, who compiles the numbers and puts them online for all to see. Users can get a general report in PDF format, or create their own reports, tables, and graphs by specifying a time period, library or libraries, and more.

In 1957, the first year for which CEAL statistics exist, our total was 77,666. Reflecting our history, at that time Japanese volumes led the way with 58,403, with Chinese at 19,208, and Korean at 55. I wish that the pioneers who started Asia Library were here to share our excitement about passing this milestone. Could they have even dreamed that someday we would have 552,611 volumes in Chinese, 364,627 in Japanese, and 78,424 in Korean?