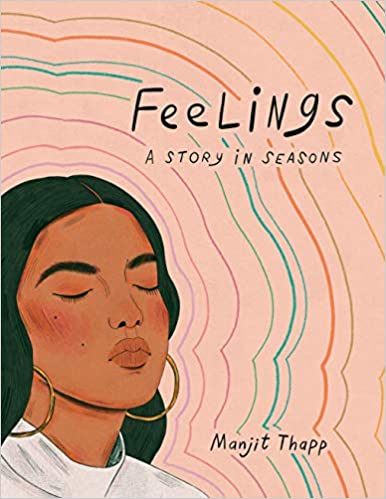 To close out Women's History Month, check out these graphic novels, available online, about women's lives. They include historical biographies, memoirs, and personal stories by and about women.

Femme Magnifique: 50 magnificent women who changed the world
Fifty female trailblazers of yesterday and today get a four-color sequential tribute in Femme Magnifique. This collection features three-page short stories about women from the arenas of pop music, politics, art, and science. From astronauts and archaeologists to muckrakers and mathematicians, Femme Magnifique will stimulate and educate.

The Best We Could Do: an illustrated memoir
An intimate and poignant graphic novel portraying one family's journey from war-torn Vietnam, from debut author Thi Bui . This beautifully illustrated and emotional story is an evocative memoir about the search for a better future and a longing for the past. Exploring the anguish of immigration and the lasting effects that displacement has on a child and her family, Bui documents the story of her family's daring escape after the fall of South Vietnam in the 1970s, and the difficulties they faced building new lives for themselves. At the heart of Bui's story is a universal struggle: While adjusting to life as a first-time mother, she ultimately discovers what it means to be a parent-the endless sacrifices, the unnoticed gestures, and the depths of unspoken love. Despite how impossible it seems to take on the simultaneous roles of both parent and child, Bui pushes through.

Feelings: a story in seasons
Enter Manjit Thapp's world, where you'll find moods that change as quickly as the weather; the different shades of anxiety and hope that each new season brings; and the stages of joy and pain that fuel our growth. From the spark of possibility and jolt of creativity in High Summer, to the need for release from anxiety and pressure during Monsoon, to the desolation and numbness of Winter, Thapp implores us to consider the seasons of our own emotional journeys. Articulating and validating the range of feelings we all experience, this is a book that allows us to feel connected and comforted by the experiences that make us human.

The Incredible Nellie Bly
Born in 1864, Nellie Bly was a woman who did not allow herself to be defined by the time she lived in, she rewrote the narrative and made her own way.
Luciana Cimino's meticulously researched graphic-novel biography tells Bly's story through Miriam, a fictionalized female student at the Columbia School of Journalism in 1921. While interviewing the famous journalist, Miriam learns not only about Bly's more sensational adventures, but also about her focus on self-reliance from an early age, the scathing letter to the editor that jump-started her career as a newspaper columnist, and her dedication to the empowerment of women. In fact, in 1884, Bly was one of the few journalists who interviewed Belva Ann Lockwood, who was the first woman candidate for a presidential election—a contest that was ultimately won by Grover Cleveland—and Bly predicted correctly that women would not get the vote until 1920.

I Was Their American Dream
I Was Their American Dream is at once a coming-of-age story and a reminder of the thousands of immigrants who come to America in search for a better life for themselves and their children. The daughter of parents with unfulfilled dreams themselves, Malaka navigated her childhood chasing her parents' ideals, learning to code-switch between her family's Filipino and Egyptian customs, adapting to white culture to fit in, crushing on skater boys, and trying to understand the tension between holding onto cultural values and trying to be an all-American kid.