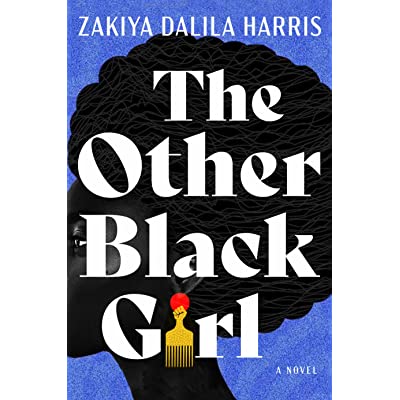 Heaven by Mieko Kawakami
A bold foray into new literary territory, Kawakami's novel is told in the voice of a 14-year-old student subjected to relentless torment for having a lazy eye. Instead of resisting, the boy chooses to suffer in complete resignation. The only person who understands what he is going through is a female classmate who suffers similar treatment at the hands of her tormentors.

These raw and realistic portrayals of bullying are counterbalanced by textured exposition of the philosophical and religious debates concerning violence to which the weak are subjected.

Vision Zero by David Yoon
Max, a data whiz at the social media company Wren, has gotten a firsthand glimpse of the dark side of big tech. When he questions what his company does with the data they collect, he's fired...then black-balled across Silicon Valley. With time on his hands and revenge on his mind, Max and his longtime friend (and secretly the love of his life) Akiko, decide to get even by rebooting the internet. After all, in order to fix things, sometimes you have to break them. But when Max and Akiko join forces with a reclusive tech baron, they learn that breaking things can have unintended—and catastrophic—consequences.

Firebreak by Nicole Kornher-Stace
One young woman faces down an all-powerful corporation in this all-too-near future science fiction debut that reads like a refreshing take on Ready Player One, with a heavy dose of Black Mirror.

When Morning Comes by Arushi Raina
It's 1976 in South Africa, and four young people are living in Johannesburg and its black township, Soweto: Zanele, a black female student organizer; Meena, a South Asian girl working at her father's shop; Jack, an Oxford-bound white student; and Thabo, a teen-gang member, or tsotsi. From each of their points of view, this book explores the roots of the Soweto Uprising and the edifice of apartheid in a South Africa about to explode.

At the End of the World, Turn Left by Zhanna Slor
Masha remembers her childhood in the former USSR, but found her life and heart in Israel. Anna was just an infant when her family fled, but yearns to find her roots. When Anna is contacted by a stranger from their homeland and then disappears, Masha is called home to Milwaukee to find her.

The Cave Dwellers by Christina McDowell
A compulsively readable novel in the vein of The Bonfire of the Vanities—by way of The Nest—about what Washington, DC's high society members do away from the Capitol building and behind the closed doors of their stately homes.

Barcelona Dreaming by Rupert Thomson
Set on the eve of the financial crash of 2008, this evocative novel is made up of three stories linked by time and place, and also by the moving, unexpected interactions of a rich cast of characters.

Seven Days in June by Tia Williams
Seven days to fall in love, fifteen years to forget and seven days to get it all back again... From the author of The Perfect Find, this is a witty, romantic, and sexy-as-hell new novel of two writers and their second chance at love.

The Refugees by Viet Thanh Nguyen
Published in hardcover to astounding acclaim, The Refugees is the remarkable debut collection of short stories by Viet Thanh Nguyen, winner of the 2016 Pulitzer Prize for Fiction for his novel The Sympathizer. In these powerful stories, written over a period of twenty years and set in both Vietnam and America, Nguyen paints a vivid portrait of the experiences of people leading lives between two worlds, the adopted homeland and the country of birth.

The Other Black Girl by Zakiya Dalila Harris
Urgent, propulsive, and sharp as a knife, The Other Black Girl is an electric debut about the tension that unfurls when two young Black women meet against the starkly white backdrop of New York City book publishing.