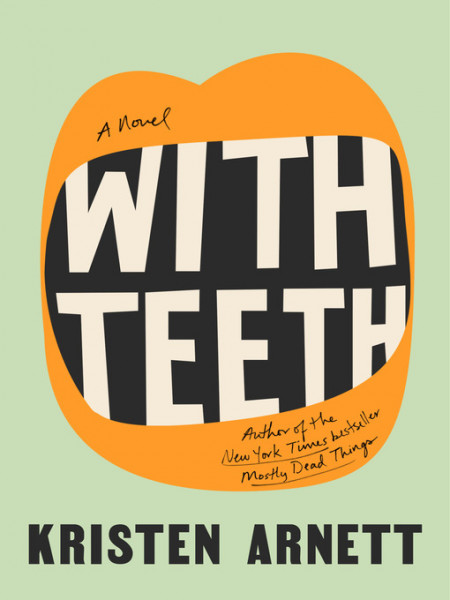 Enjoy some summer rest and relaxation reading with these newly acquired titles in OverDrive. More information about how to use the Library's OverDrive Collection can be found in the Online Reading Research Guide.

Double Blind by Edward St. Aubyn
Double Blind follows three close friends and their circle through a year of extraordinary transformation. Set in London, Cap d'Antibes, Big Sur, and a rewilded corner of Sussex, this thrilling, ambitious novel is about the headlong pursuit of knowledge—for the purposes of pleasure, revelation, money, sanity, or survival—and the consequences of fleeing from what we know about others and ourselves.

With Teeth by Kristen Arnett
From the author of the New York Times–bestselling sensation Mostly Dead Things: a surprising and moving story of two mothers, one difficult son, and the limitations of marriage, parenthood, and love.

Animal by Lisa Taddeo
Joan has spent a lifetime enduring the cruelties of men. But when one of them commits a shocking act of violence in front of her, she flees New York City in search of Alice, the only person alive who can help her make sense of her past. In the sweltering hills above Los Angeles, Joan unravels the horrific event she witnessed as a child—that has haunted her every waking moment—while forging the power to finally strike back.

Rainbow Milk by Paul Mendez
An essential and revelatory coming-of-age narrative from a thrilling new voice, Rainbow Milk follows nineteen-year-old Jesse McCarthy as he grapples with his racial and sexual identities against the backdrop of his Jehovah's Witness upbringing.

The Woman in the Purple Skirt by Natsuko Imamura
A bestselling, prizewinning novel by one of Japan's most acclaimed young writers, for fans of Convenience Store Woman, the novels of Ottessa Moshfegh, and the movies Parasite and Rear Window.

Everyone Knows Your Mother is a Witch by Rivka Galchen
Drawing on real historical documents but infused with the intensity of imagination, sly humor, and intellectual fire for which Rivka Galchen is known, Everyone Knows Your Mother Is a Witch will both provoke and entertain. The story of how a community becomes implicated in collective aggression and hysterical fear is a tale for our time. Galchen's bold new novel touchingly illuminates a society and a family undone by superstition, the state, and the mortal convulsions of history.

The Missing Treasures of Amy Ashton by Eleanor Ray
For fans of The Keeper of Lost Things and Evvie Drake Starts Over comes a funny and tender debut about a reclusive artist whose collection has gotten out of control—but whose unexpected friendship with a pair of new neighbors might be just what she needs to start over.

Rabbits by Terry Miles
A deadly underground game might just be altering reality itself in this all-new adventure set in the world of the hit Rabbits podcast.

My Year Abroad by Chang-Rae Lee
Tiller is an average American college student with a good heart but minimal aspirations. Pong Lou is a larger-than-life, wildly creative Chinese American entrepreneur who sees something intriguing in Tiller beyond his bored exterior and takes him under his wing. When Pong brings him along on a boisterous trip across Asia, Tiller is catapulted from ordinary young man to talented protégé, and pulled into a series of ever more extreme and eye-opening experiences that transform his view of the world, of Pong, and of himself.

Morningside Heights by Joshua Henkin
Morningside Heights is a sweeping and compassionate novel about a marriage surviving hardship. It’s about the love between women and men, and children and parents; about the things we give up in the face of adversity; and about how to survive when life turns out differently from what we thought we signed up for.