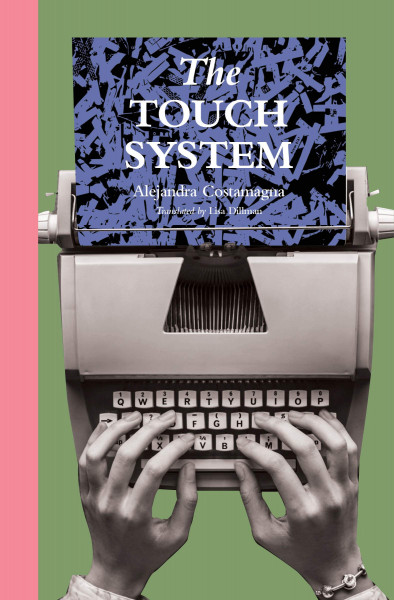 Over the next couple of months, I’m going to post some recent additions to the Library’s OverDrive Collection. Enjoy some casual summer reading with these fiction titles. More information on how to access and use OverDrive can be found at the Online Recreational Reading Research Guide.

Lurkers by Sandi Tan
The residents of Santa Claus Lane do their best to stay out of each other’s way, but desire, fury and mischief too often propel these suburban neighbors to collide. Precocious Korean American sisters Mira and Rosemary find their world rocked by a suicide, and they must fight to keep their home; a charismatic and creepy drama teacher grooms his students; a sardonic gay horror novelist finds that aging is more terrifying than any monster; and a white hippie mom and her adopted Vietnamese daughter realize that their anger binds them rather than pushes them apart. Lurkers is an homage to the rangy beauty of Los Angeles and the surprising power that we have to change the lives of those around us.

Something Unbelievable by Maria Kuznetsova
An overwhelmed new mom asks to hear her grandmother’s story of her family’s desperate escape from the Nazis, discovering unexpected parallels to her own life in America in this sharp, heartfelt novel.

Out of the Cage by Fernando García Lao
Out of the Cage opens in 1956, in Argentina, with the freakish death of Aurora Berro, and descends into a dark philosophical exploration of humanity and mortality. In the midst of her family's celebration of a national holiday, an LP, careening through the air like a "demented boomerang," severs her jugular. Her family— an agglomeration of perversions, deformities, and obsessions—seems at first not to notice, singing on. Aurora is left behind in a voyeuristic limbo as an omniscient first-person narrator, to observe the depravity of her family and reflect on the farce of her life and human existence.

When in Vanuatu by Nicki Chen
When Diana quit her job and followed her husband to Manila, she believed the move would work for both of them: Jay would finally have his dream job, and she would take time off from her accounting career to start a family.

Four years later, however, she's still not pregnant. Her fertility doctor advises her to relax—an undertaking that is easier said than done in one of the noisiest, most crowded cities in the world. Nevertheless, Diana tries. She takes up yoga and meditation. She buys goldfish. Then one day, while Jay is away on business, a violent coup d'etat erupts. The rebels bomb the presidential palace and occupy parts of the city.

Clearly, Diana decides, something needs to change. Determined to have a baby while she's still young enough, she convinces Jay to transfer to the small South Pacific nation of Vanuatu, said to be "the most relaxing place on earth." It isn't long before she realizes that the island's tropical beauty hides dangers and disappointments that will test her courage, her marriage, and her ability to open herself up to new possibilities.

Touring the Land of the Dead (and Ninety-Nine Kisses) by Maki Kashimada
Touring the Land of the Dead tells the story of Taichi, who was forced to stop working almost a decade ago and since then he and his wife Natsuko have been getting by on her part-time wages. But Natsuko is a woman accustomed to hardship. When her own family's fortune dried up for years during her childhood, she, her brother, and her mother lived a surreal hand-to-mouth existence shaped by her mother's refusal to accept their new station in life.

One day, Natsuko sees an ad for a spa and recognizes the place as the former luxury hotel that Natsuko's grandfather had taken her mother to when she was little. She decides to take her damaged husband to the spa, despite the cost, but their time there triggers hard but ultimately redemptive memories relating to the complicated history of her family and a reconciliation with her husband.

Modeled on The Makioka Sisters, Junichiro Tanizaki's classic story, Ninety-Nine Kisses portrays in touching and lyrical fashion the lives of the four unmarried sisters in a historical, close-knit neighborhood of contemporary Tokyo. An atmospheric and captivating tail of siblings and women's lives.

Permafrost by Eva Baltasar
Permafrost's no-bullshit lesbian narrator is an uninhibited lover, a no-hope employee, and a some-time suicidal student of her own dislocated self. As she tries to break out of the roles set for her by a controlling, overprotective mother, a relentlessly positive sister, and a society which imposes a gut-wrenching pressure to conform, she contemplates the so-called will to live when that life is given, rather than chosen. Attempting to bridge the gap between the perennially frozen reaches of her outer shell and the tender core of her being, watching her relationships with family fracture and her many lovers come and go, the protagonist's reservations about staying alive become ever more pressing.

That Summer by Jennifer Weiner
From the #1 New York Times bestselling author of Big Summer comes another deliciously twisty novel of intrigue, secrets, and the transformative power of female friendship.
Daisy Shoemaker can't sleep. With a thriving cooking business, full schedule of volunteer work, and a beautiful home in the Philadelphia suburbs, she should be content. But her teenage daughter can be a handful, her husband can be distant, her work can feel trivial, and she has lots of acquaintances, but no real friends. Still, Daisy knows she's got it good. So why is she up all night?

The Touch System by Alejandra Costamagna
Cat sitter, insomniac, former schoolteacher. Ania worries she is a "stand-in occupant," a substitute in her own life. When she receives a request from her father to visit her dying uncle Agustín in Argentina, she makes the long journey across the Andes from Chile to Campana, where her family immigrated from Italy. Her trip, one she used to make every summer with her father, will be an escape from the present and a journey to the borders of memory.