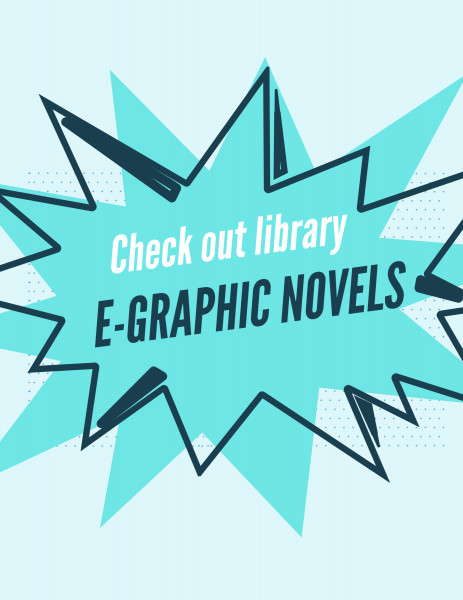 Enjoy some summer reading with the library’s collection of e-graphic novels!

The Online Recreational Reading research guide has a section devoted to Graphic Novels available electronically through the library. Choose from a variety of genres like biographies, historical fiction, and science fiction just to name a few. See a selection of titles with synopses below.

Monet: Itinerant of Light
The life of the great French painter, one of the founders of Impressionism, is narrated in lush comic art reminiscent of his style. From the Salon des Refuses ("Salon of the Rejected") and many struggling years without recognition, money, and yet a family to raise, all the way to great success, critically and financially, Monet pursued insistently one vision: catching the light in painting, refusing to compromise on this ethereal pursuit. It cost him dearly but he was a beacon for his contemporaries. We discover in this comics biography how he came to this vision as well as his turbulent life pursuing it. 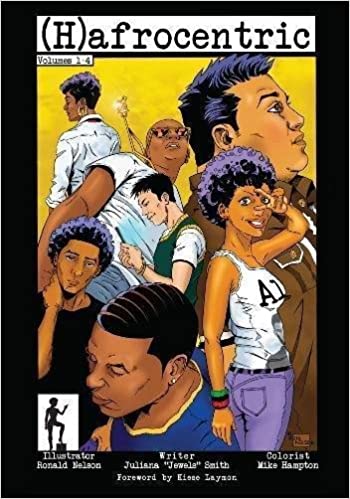 The Lives of Sacco and Vanzetti
Rick Geary tackles the most controversial case of the 20th century. Anarchists Sacco & Vanzetti were accused of robbery and murder but so many supposedly damning pieces of evidence were questionable their guilty verdict elicited massive protests around the world. Geary presents us with all the twists and turns, appeals and dubious evidence after presenting us the human face of the two men, demonized by many, turned to martyrs by many others in his usual unflappable way.

Parable of the Sower: a graphic novel adaptation
The follow-up to Kindred, the #1 bestseller, comes Octavia E. Butler's groundbreaking dystopian novel In this graphic novel adaptation of Octavia E. Butler's Parable of the Sower, by Damian Duffy and John Jennings, the award-winning team behind the #1 bestseller Kindred: A Graphic Novel Adaptation, the author portrays a searing vision of America's future. In the year 2024, the country is marred by unattended environmental and economic crises that lead to social chaos. Lauren Olamina, a preacher's daughter living in Los Angeles, is protected from danger by the walls of her gated community. However, in a night of fire and death, what begins as a fight for survival soon leads to something much more: a startling vision of human destiny . . . and the birth of a new faith.

Fever Year: The Killer Flu of 1918
From the Sibert Honor-winning creator behind The Unwanted and Drowned City comes one of the darkest episodes in American history: the Spanish Influenza epidemic of 1918. This nonfiction graphic novel explores the causes, effects, and lessons learned from a major epidemic in our past, and is the perfect tool for engaging readers of all ages, especially teens and tweens learning from home. New Year's Day, 1918. America has declared war on Germany and is gathering troops to fight. But there's something coming that is deadlier than any war.   When people begin to fall ill, most Americans don't suspect influenza. The flu is known to be dangerous to the very old, young, or frail. But the Spanish flu is exceptionally violent. Soon, thousands of people succumb. Then tens of thousands . . . hundreds of thousands and more. Graves can't be dug quickly enough.   What made the influenza of 1918 so exceptionally deadly--and what can modern science help us understand about this tragic episode in history? 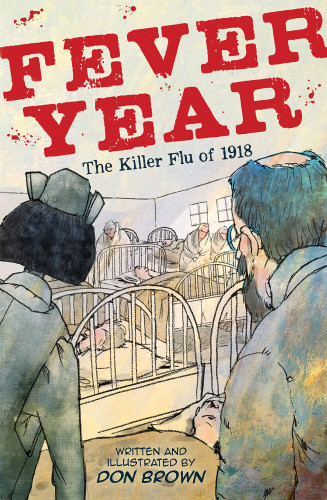 Anxiety is Really Strange
What is the difference between fear and excitement and how can you tell them apart? How do the mind and body make emotions? When can anxiety be good? This science-based graphic book addresses these questions and more, revealing just how strange anxiety is, but also how to unravel its mysteries and relieve its effects.Understanding how anxiety is created by our nervous system trying to protect us, and how our fight-or-flight mechanisms can get stuck, can significantly lessen the fear experienced during anxiety attacks. In this guide, anxiety is explained in an easy-to-understand, engaging graphic format with tips and strategies to relieve its symptoms, and change the mind's habits for a more positive outlook.

Swimming in Darkness
Pierre is a young man at a crossroads. He drops out of architecture school and decides to travel to Vals in the Swiss Alps, home to a thermal springs complex located deep inside a mountain. The complex, designed by architect Paul Zumthor, had been the subject of Pierre's thesis. The mountain holds many mysteries; it was said to have a mouth that periodically swallowed people up. Pierre, sketchbook in hand, is drawn to the enigmatic powers of the mountain and its springs, and attempts to uncover the truth behind them in the secret rooms he discovers deep within the complex. But he finds his match in a man named Valeret who is similarly obsessed, and who'd like nothing more than to eliminate his competitor. Gorgeously illustrated, Swimming in Darkness is an intriguing, noirish graphic novel about uncovering the powerful secrets of the natural world.

Lulu Anew
At the end of yet another unproductive job interview, Lulu, on a whim, takes off for the shore just to get away from it all. She's got a husband and kids left bewildered but it's nothing against them. This is just her time, getting away from the grind and with no other plan than savoring it. Surprised at her own temerity, she meets other people on the edge of the world. It wasn't meant to be for long. It wasn't meant to be anything but in the end thrilling, fun, and possibly dangerous, this improvised experience will make of Lulu a different woman. 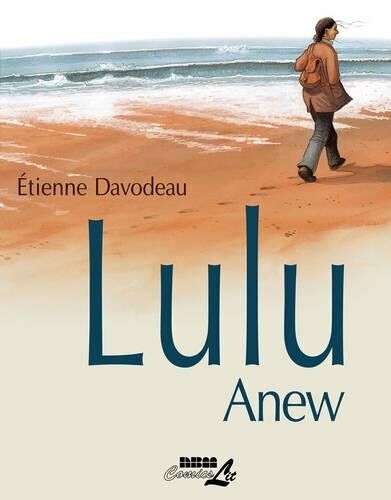 Adulthood is a Myth
These casually drawn, perfectly on-point comics by the hugely popular young Brooklyn-based artist Sarah Andersen are for the rest of us. They document the wasting of entire beautiful weekends on the internet, the unbearable agony of holding hands on the street with a gorgeous guy, and dreaming all day of getting home and back into pajamas. In other words, the horrors and awkwardnesses of young modern life. Oh and they are totally not autobiographical. At all. Adulthood Is a Myth presents many fan favorites plus dozens of all-new comics exclusive to this book. Like the work of fellow Millennial authors Allie Brosh, Grace Helbig, and Gemma Correll, Sarah's frankness on personal issues like body image, self-consciousness, introversion, relationships, and the frequency of bra-washing makes her comics highly relatable and deeply hilarious.

The Story of Lee
Lee, living in Hong Kong, meets Matt, a fine young Englishman. Their relationship becomes stronger by the day, despite their deep cultural differences. But there is Lee's Dad to contend with who views this affair very suspiciously. And there is another contender for Lee's heart, a Chinese young man, whose jealousy takes on twinges of xenophobia. Will Lee and Matt's relationship successfully cross the cultural divide and overcome the negative odds? Two worlds collide creating good sparks… and bad ones.