I’m sure I’m not the only one who remembers the day Proposition 04-2 (aka the Michigan Marriage Amendment) passed. It was the November 2004 elections. I wasn’t even old enough to vote. But I spent the morning after the election crying in a bathroom stall of my high school, devastated that a part of my very humanness had been taken away. The proposal would amend the state constitution to bind terms like marriage, society, and future generations to the “union of one man and one woman.” At the time, it was not so much the document and language that upset me. It was the realization that my family, my teachers, my hometown, my state had failed to empathize with me. They failed to see how their political support and complacency could be felt as deeply personal for their LGBTQ friends, colleagues, and children.

Eleven years later, as many of us celebrate the recent U.S. Supreme Court same-sex marriage decision, I want to revisit the idea of the personal as political, and the political as personal. Brown v. Board of Education, Loving v. Virginia, Roe v. Wade. Behind landmark Supreme Court cases have been people in mourning and people in celebration. People who felt their lives validated and invalidated by their neighbors and by the law. The published narratives of people close to SCOTUS decisions ground the judicial cases in something relatable and real. Below are some titles that provide personal context to the U.S. Supreme Court and some of its major legal decisions.

The Girls Who Went Away: The hidden history of women who surrendered children for adoption in the decades before Roe v. Wade by Ann Fessler

In this deeply moving and myth-shattering work, Ann Fessler brings out into the open for the first time the astonishing untold history of the million and a half women who surrendered children for adoption due to enormous family and social pressure in the decades before Roe v. Wade...Fessler brilliantly brings to life the voices of more than a hundred women, as well as the spirit of those times, allowing the women to tell their stories in gripping and intimate detail.”  --From the publisher

The Girls Who Went Away is available at the Shapiro Library.

Dead Man Walking: An eyewitness account of the death penalty in the United States by Helen Prejean

“An intimate meditation on crime and punishment, life and death, justice and mercy and—above all—Christian love in its most all-embracing sense….[Prejean] never shrinks from the horror of what she has seen. She never resorts to something so predictable as pathos or a play for sympathy."  --Los Angeles Times

Dead Man Walking is available at the Shapiro Library and Hatcher Graduate Library.

Devil in the Grove: Thurgood Marshall, the Groveland Boys, and the dawn of a New America by Gilbert King

“A compelling look at the case that forged Thurgood Marshall’s perception of himself as a crusader for civil rights...King’s style [is] at once suspenseful and historically meticulous” --Christian Science Monitor

Devil in the Grove is available at the Shapiro Library.

“[A] chronicle that peels the Lawrence case back through layers of carefully choreographed litigation and tactical appeals, back to the human protagonists we never really got to know, and back again through centuries of laws criminalizing “unnatural” sexual activity.” --The New Yorker

Flagrant Conduct is available in the Shapiro Library and the Graduate Library. 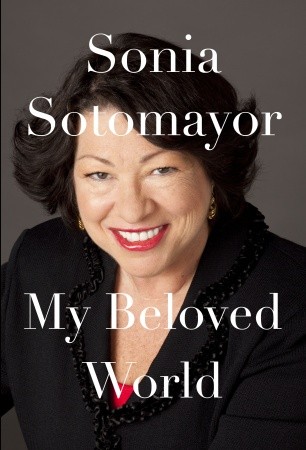 My Beloved World by Sonia Sotomayor

“If the outlines of Justice Sotomayor’s life are well known by now, her searching and emotionally intimate memoir, My Beloved World, nonetheless has the power to surprise and move the reader….This account of her life is revealing, keenly observed and deeply felt….This insightful memoir underscores just how well Justice Sotomayor mastered the art of narrative.” --The New York Times

My Beloved World is available in the Graduate Library and the Shapiro Browsing Collection.

The Nine: Inside the secret world of the Supreme Court by Jeffrey Toobin

“Based on exclusive interviews with the justices and with a keen sense of the Court’s history and the trajectory of its future, Jeffrey Toobin creates...a riveting story of one of the most important forces in American life today.”  --From the publisher

The Nine is available at the Graduate Library and the Shapiro Library. 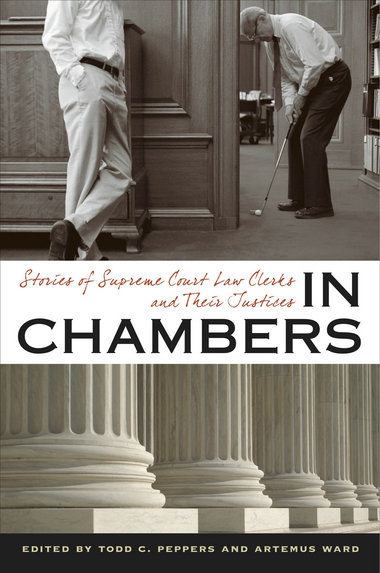 In Chambers: Stories of Supreme Court law clerks and their Justices edited by Todd C. Peppers and Artemus Ward

“Filled with telling anecdotes illuminating the personalities of Supreme Court justices, these essays also show how the institution of the Supreme Court law clerk has developed. Law clerks―and their employers―come through in these essays as human beings working in an extraordinary environment.”  --Review from Professor Mark Tushnet, Harvard Law School

In Chambers is available at the Shapiro Library.