I've gathered the following list from a mix of what I've read and online recommendation lists I've searched out. I tried to cover a variety of identities from the LGBTQIA+ community, but it is by no means exhaustive. Each item links to its library record and has a small plot synopsis including the identities represented. You can request books through the MGetIt button or write down the call number and come check out the books at your nearest Information Service Desk!

I’ve asterisked the ones I’ve personally read and tried to read the first chapter of the rest. Don’t be afraid to recall books because many are currently sitting on my desk in hopes I will have time to finish them. And feel free to comment with your own recommendations!

**Little Fish by Casey Plett - About a transgender woman in Winnipeg Canada who finds out her grandfather might have been secretly trans. The book follows her through an average few months for a transwoman while she also contends with that revelation. Content Warning: references to violence against sex workers.

The Seven Husbands of Evelyn Hugo by Taylor Jenkins Reid - Evelyn Hugo is a fictional movie star with different personality aspects taken from different real life movie stars. After decades of secrecy Evelyn suddenly decides to give an in-depth interview to a up and coming journalist. The book’s inclusion on this list is somewhat spoiler-y since one of the reveals during the interview is that Evelyn is bisexual.

Rough Paradise by Alec Butler - A novella about growing up in a tourist paradise that is very different from the inside. The main character was also born intersex and is struggling with his identity in a place and time that is abusive to people like him.

Freshwaterby Akwaeke Emezi - “Explores the surreal experience of having a fractured self. It centers around a young Nigerian woman, Ada, who develops separate selves within her as a result of being born "with one foot on the other side." Unsettling, heart-wrenching, dark, and powerful, Freshwater is a sharp evocation of a rare way of experiencing the world, one that illuminates how we all construct our identities.” - publisher’s synopsis.

The Right Thing to do at the Time by Dov Zeller - The story is told by a narrator in first person, directly to the reader. They seem to have no relationship to the two main characters, Ari and Itche. Ari is a transman and Itche is his best friend that he met at Jewish summer camp years ago. Now they are 27 year old guys scraping by in New York City and living through their own version of Pride and Prejudice, where Itche is Jane and Ari is Elizabeth.

Confessions of the Fox by Jordy Rosenberg - Imagine an academic finds the lost papers of a well known thief and jailbreaker from the 1700s. Now imagine she publishes the bawdy and scandalous manuscript with her own annotations explaining all the old slang and dirty jokes. That is the book Rosenberg has given us and I find it utterly charming so far.

**Every Heart a Doorway by Seanan McGuire - First book in a series. akes place in a world where children find doorways that take them into fantasy worlds. We follows Nancy a girl who has visited the halls of death as she tries to re-acclimate to our world. She is sent to Eleanor West's Home for Wayward Children, where others like her have gathered. Has asexual, transgender and other queer identities represented.

**The Gentleman’s Guide to Vice and Virtue by Mackenzi Lee - This is historical fiction about Monty, a gay teen, who goes on a Grand Tour of Europe with his friend Percy and sister Felicity. The trip of course does not go as planned and Monty learns about himself and relationships during the impending adventure.

Let’s Talk About Love by Claire Kann - Alice is a black teenager on summer break between her freshman and sophomore year of college. She is asexual, biromantic and dealing with the fact that others want to pathologize her disinterest in sex. This is the story of her finding friends and a romantic partner that will support her no matter what her identity is. 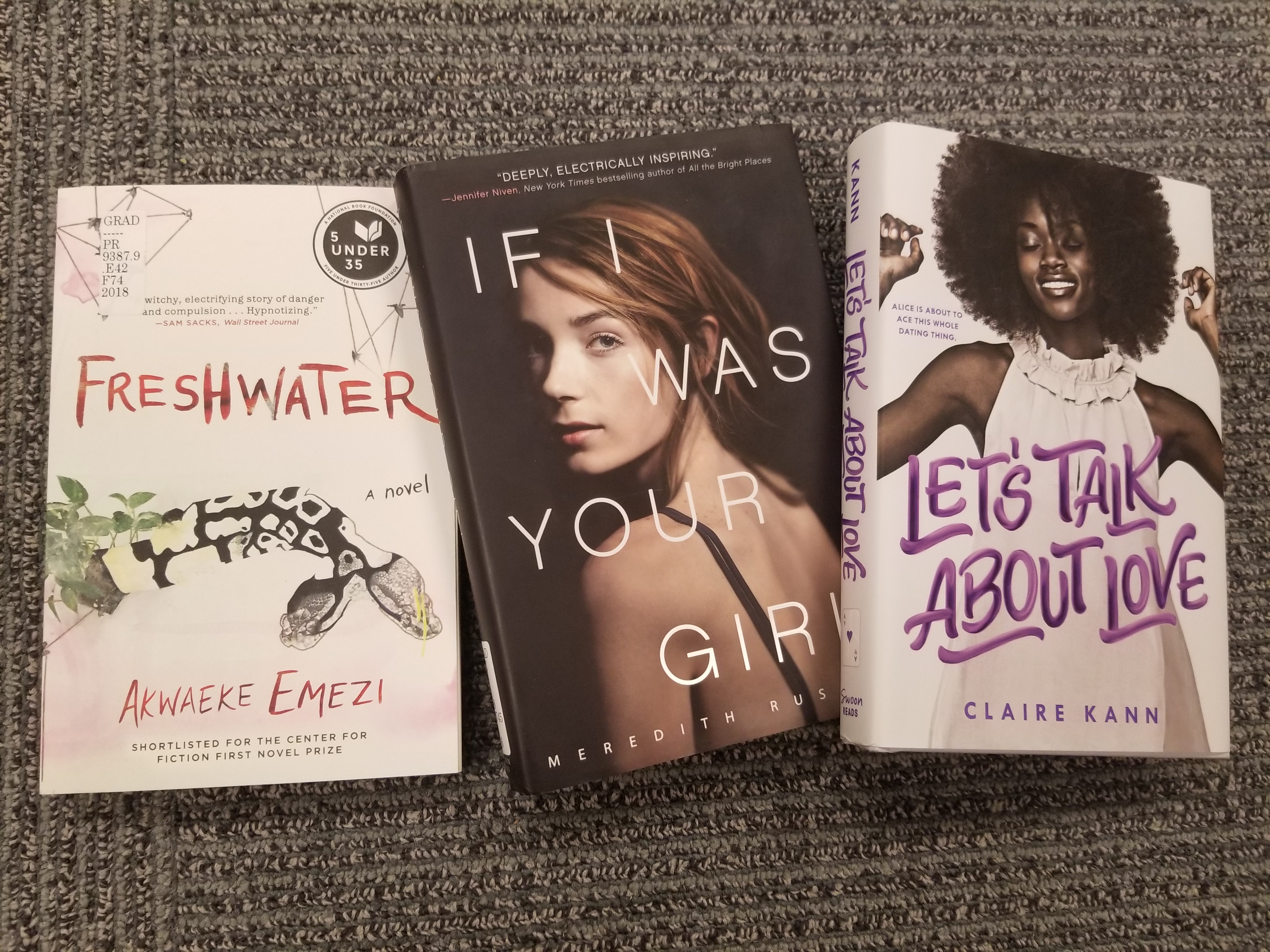 If I was your Girl by Meredith Russo - We meet Amanda when she is moving to a new town following a transphobic attack. At her new school she passes as a girl and gets to experience life in a new way. Passing brings out a new set of fears including how her love interest will react when he finds out. Content warning: suicide attempt.

**The Prince and the Dressmaker by Jen Wang - It’s a young adult historical fiction(late 1800s) graphic novel with a gender nonconforming character. A dressmaker discovers that the prince likes to wear dresses and they go on a journey of self expression together. I really loved the art in this book, it was colorful and the characters have very expressive faces.

**As the Crow Flies by Melanie Gillman - Middle grade/young adult graphic novel with a queer black teen protagonist. She goes to a christian backpacking camp that ends up only having white participants. The book is about her questioning her place at the camp, relationship with god and especially the rhetoric of the leaders.

**Check, Please by Ngozi Ukazu - The story of a gay freshman college student and his adventures on a hockey team. It delves into the culture of hockey and college in hilarious and often poignant ways. It started as a webcomic and recently became a published series. I thought it was adorable and is a very quick read if that’s what you’re looking for.

Moonstruck by Grace Ellis, Shae Beagle, et. al. - “Werewolf barista Julie and her new girlfriend go on a date to a close-up magic show, but all heck breaks loose when the magician casts a horrible spell on their friend Chet. Now it's up to the team of mythical pals to stop the illicit illusionist before it's too late.” -publisher’s synopsis

America by Gabby Rivera, Joe Quinones, et. al. - America Chavez is Marvel’s first queer latina superhero. Her first solo comic shows America enrolling in college, where she has to balance world saving with school work. Or in some cases combine the two, her first assignment is to travel back to World War II where she has an adventure with Captain America.