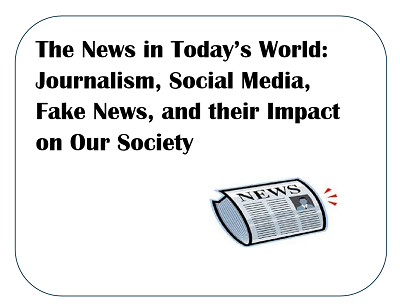 The news itself has been in the news a lot in the past few years, so we have pulled together books on the topic of news, ethical journalism, "fake news," the impact social media has on the news and how people perceive it, as well as books about politics and the news.  We are also including a couple of titles on the how-tos of reporting, the history of journalism or news sources, and a few titles that focus on the reporting of certain types of events.   These books will be in the Shapiro Library lobby through the month of April (2019) and are available to borrow.

In the area of the "fake news" and "post-truth" phenomenon check out books such as Fake News, Propaganda, and Plain Old Lies: How to Find Trustworthy Information in the Digital Age by Donald A. Barclay, The Truth Matters: a Citizen's Guide to Separating Facts from Lies and Stopping Fake News in its Tracks by Bruce R. Bartlett, The Smear: How Shady Political Operatives and Fake News Control What You See, What You Think, and How You Vote by Sharyl Attkisson, and America's Post-Truth Phenomenon: When Feelings and Opinions Trump Facts and Evidence, edited by C.G. Prado.

For books on reporting on different types of events or topics see Murder in the News: an Inside Look at How Television Covers Crime by Robert H. Jordan, Jr., News Framing of School Shootings: Journalism and American Social Problems by Michael R. McCluskey, How to Report Economic News by Nicola Walton, and Reporting War and Conflict by Janet Harris and Kevin Williams. 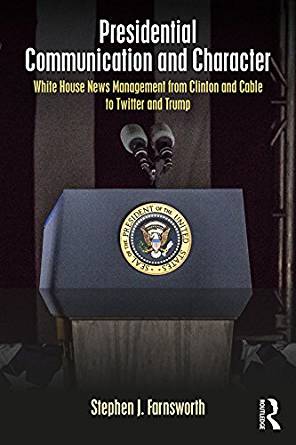 For books that focus on news, media, and politics consider Presidential Communication and Character: White House News Management from Clinton and Cable to Twitter and Trump by Stepehn J. Farnsworth, Network Propaganda: Manipulation, Disinformation, and Radicalization in American Politics by Yochai Benkler, et. al., Deciding What's True: the Rise of Political Fact-Checking in American Journalism by Lucas Graves, and  Presidents and the Media: the Communicator in Chief by Stephen E. Frantzich.

This spreadsheet provides a complete list of the books on display and can help you locate the books after the display comes down.