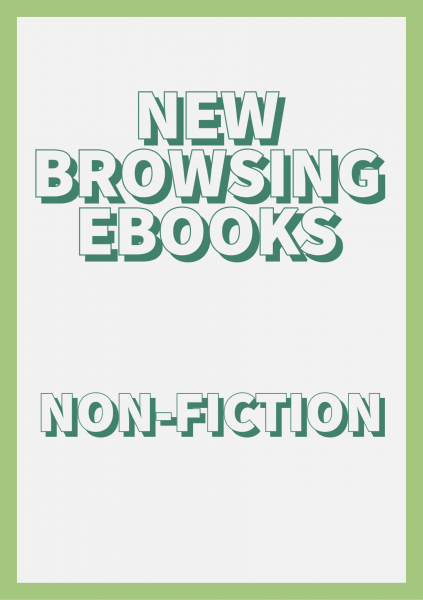 Bad News: Why We Fall for Fake News by Rob Brotherton

Today we carry the news with us, getting instant alerts about events around the globe. And yet despite this unprecedented abundance of information, it seems increasingly difficult to know what's true and what's not. In Bad News, Rob Brotherton delves into the psychology of news, reviewing how psychological research can help navigate this post-truth world. Which buzzwords describe psychological reality, and which are empty sound bites? How much of this news is unprecedented, and how much is business as usual? Are we doomed to fall for fake news, or is fake news ... fake news?

The Art of Showing Up: How to be there for yourself and your people by Rachel Wilkerson Miller

If you’re having trouble connecting with those around you, know that you’re not the only one. Adult friendships are tricky!!! Part manifesto, part guide, The Art of Showing Up is soul medicine for our modern, tech-mediated age. Rachel Wilkerson Miller charts a course to kinder, more thoughtful, and more fulfilling relationships—and, crucially, she reminds us that “you can’t show up for others if you aren’t showing up for yourself first.”

The Dark Side of Our Digital World: And What You Can Do About It by Andrew Weiss

An all-in-one guide to understanding and managing the dark side of our digital lives.

It all started out so well: the online world began as an effective tool for communication that carried with it a great promise to level the playing field and eliminate borders. But it’s morphed into something totally unintended. We’ve all had to endure the troll that derails a generally benign conversation; or received that scam email from a wealthy Nigerian prince; or felt the strange feeling of being watched and tracked by advertising companies as we navigate the web. Welcome to the modern internet.

Dear America reflects the evolution of a moral panic that has emerged in the nation. More importantly, it is a timely congress of the personal and the political, a clarion call to find common ground and conflict resolution, all with a particular focus on the environment, social justice, and climate change. The diverse collection features personal essays, narrative journalism, poetry, and visual art from nearly 130 contributors―many pieces never before published―all literary reactions to the times we live in, with a focus on civic action and social change as we approach future elections. As Scott Minar writes, we must remain steadfast and look to the future: “Despair can bring us very low, or it can make us smarter and stronger than we have ever been before.”

400 Friends and No One to Call by Val Walker

Despite the inclusive promise of social media, loneliness is a growing epidemic in the United States. Social isolation can shatter our confidence. In isolating times, we’re not only lonely, we’re also ashamed because our society stigmatizes people who appear to be without support.

As a single, fifty-eight-year-old woman, Val Walker found herself stranded and alone after major surgery when her friends didn’t show up. As a professional rehabilitation counselor, she was too embarrassed to reveal how utterly isolated she was by asking for someone to help, and it felt agonizingly awkward calling colleagues out of the blue. As she recovered, Val found her voice and developed a plan of action for people who lack social support, not only to heal from the pain of isolation, but to create a solid strategy for rebuilding a sense of community.

Finding Comfort During Hard Times: A Guide to Healing after Disaster, Violence, and Other Community Trauma by Early Johnson

Finding Comfort is a book about easing grief and trauma after unimaginable horrors – mass shootings, catastrophic natural disasters and terrorist acts. Personal recollections of responding to tragedy, combined with a practical application, Earl Johnson offers readers the tools they need to seek support and offer it to those in need. The book walks through the life-cycle of disaster care from the first hours and days to the years that follow.

Spanning several centuries and comprising unbelievable facts and little-known legends, meet all the witches of your imagination and learn why, where and how it all began.

Toward Forever: Radical Reflections on History and Art by Tony McKenna

Toward Forever: Radical Reflections on History and Art is a diverse, colourful and eclectic set of essays of historical and cultural analyses. From the genesis of Islam as a social movement, to an account of Goya's art in the context of feudal absolutism and the Napoleonic wars, to The Da Vinci Code, and much more besides. McKenna is a classical Marxist not shy of addressing popular culture, past and present, works often ignored by other Marxist critics increasingly confined to Academia and its high-brow concerns.

Nerve: Adventures in the Science of Fear by Eva Holland

Frozen in terror during a mountain descent, award-winning journalist Eva Holland reaches her breaking point. Since childhood, she’s been gripped by two debilitating phobias: fear of losing her mother, and fear of heights. The worst has already happened: Eva’s mother died suddenly and unexpectedly in 2015. But now—after an arduous, embarrassing, and tearful finale to her ice-climbing expedition—Eva decides, enough. Fear may define her past, but she won’t let it dictate her future.