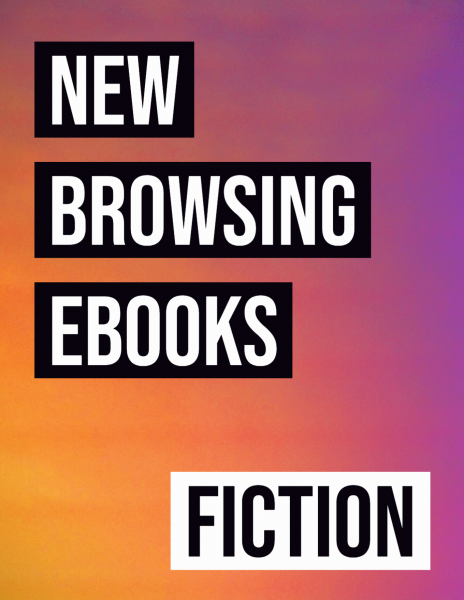 Please Read this Leaflet Carefully: Keep this Leaflet, You May Need to Read it Again by Karen Havelin

We meet Laura Fjellstad first as she works and cares for her young daughter, while struggling with debilitating pain and endometriosis, an invisible chronic illness. As the novel tracks backward, the reader meets Laura's younger and somewhat healthier selves (a hopeful bride in New York, a baby queer in Paris, a figure skater in Norway), and uncovers her tireless work to gain control of her identity, her illness and the conflicting demands made by doctors, friends, lovers and family. Havelin's debut novel etches details of daily life into a gripping and darkly humorous bildungsroman about the intricacies of love and life in a fragile body. 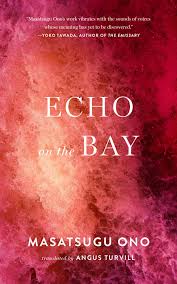 Echo on the Bay by Masatsugo Ono

All societies, whether big or small, try to hide their wounds away. In this, his Mishima Prize-winning masterpiece, Masatsugu Ono considers a fishing village on the Japanese coast. Here a new police chief plays audience for the locals, who routinely approach him with bottles of liquor and stories to tell. As the city council election approaches, and as tongues are loosened by drink, evidence of rampant corruption piles up―and a long-held feud between the village’s captains of industry, two brothers-in-law, threatens to boil over.

Meanwhile, just out of frame, the chief’s teenage daughter is listening, slowly piecing the locals’ accounts together, reading into their words and poring over the silence they leave behind. As accounts of horrific violence―including a dangerous attempt to save some indentured Korean coal mine workers from the Japanese military police and the fate of a group of Chinese refugees―steadily come into focus, she sets out for the Bay, where the tide has recently turned red and an ominous boat from the past has suddenly reappeared.

Populated by an infectious cast of characters that includes a solemn drunk with a burden to bear; a scarred woman constantly tormented by the local kids’ fireworks; a lone communist; and the “Silica Four,” a group of out-of-work men who love to gossip―Echo on the Bay is a quiet, masterful epic in village miniature. Proof again that there are no small stories―and that History’s untreated wounds, no matter how well hidden, fester, always threatening to resurface.

Amy Wong is an up-and-coming designer in the New York fashion industry; she is young, beautiful, and has it all. But she finds herself at odds with rival designers in a world rife with chauvinism and prejudice. In her personal life, she struggles with marriage and motherhood, finding that her choices often fall short of her traditional family's expectations. Derailed again and again, Amy must confront her own limitations to succeed as the designer and person she wants to be. 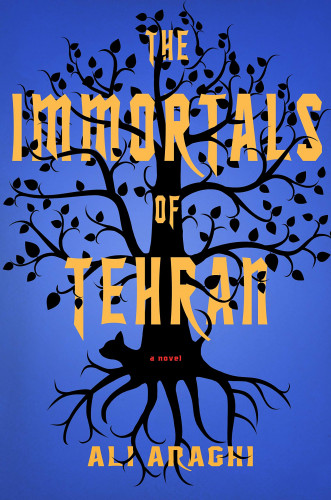 The Immortals of Tehran by Ali Araghi

As a child living in his family's apple orchard, Ahmad Torkash-Vand treasures his great-great-great-great grandfather's every mesmerizing word. On the day of his father's death, Ahmad listens closely as the seemingly immortal elder tells him the tale of a centuries-old family curse . . . and the boy's own fated role in the story.

Ahmad grows up to suspect that something must be interfering with his family, as he struggles to hold them together through decades of famine, loss, and political turmoil in Iran. As the world transforms around him, each turn of Ahmad's life is a surprise: from street brawler, to father of two unusually gifted daughters; from radical poet, to politician with a target on his back. These lives, and the many unforgettable stories alongside his, converge and catch fire at the center of the Revolution.

Exploring the brutality of history while conjuring the astonishment of magical realism, The Immortals of Tehran is a novel about the incantatory power of words and the revolutionary sparks of love, family, and poetry--set against the indifferent, relentless march of time.

The Fallen by Carlos Manuel Álvarez

A powerful, unsettling portrait of family life in Cuba, Carlos Manuel Álvarez’s first novel is a masterful portrayal of a society in free fall. Diego, the son, is disillusioned and bitter about the limited freedoms his country offers him as he endures compulsory military service. Mariana, the mother, is unwell, prone to mysterious seizures, and forced to relinquish control over the household to her daughter, Maria, who has left school and is working as a chambermaid in a state-owned tourist hotel. The father, Armando, is a committed revolutionary, a die-hard Fidelista who is sickened by the corruption he perceives all around him. As each member of the family narrates seemingly quotidian and overlapping events, they grow increasingly at odds for reasons that remain elusive to them—each of them holding and concealing their own secrets.

The stories collected in Nine Bar Blues weave emotion, spirit, and music, captivating readers with newfound alchemy and the murmurs of dark gods. Rooted in rhythm, threaded with magic, these tales encompass worlds that begin in river bottoms, pass through spectral gates, and end in distant uncharted worlds. These stories describe the pain that often accompanies the confines of sanctuary and the joy that is inextricably bound to the troubles of hard living. Nine Bar Blues sings a multiverse of fully realized worlds that readers will remember for ages to come and cherish from page to heart thumping, foot-stomping page. 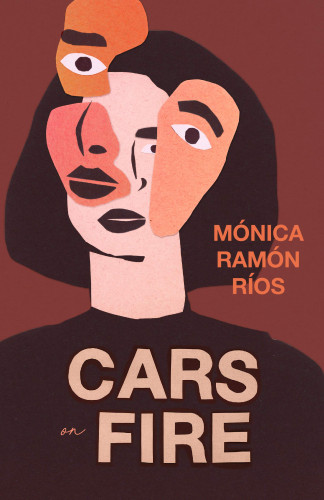 Cars on Fire, Mónica Ramón Ríos’s electric, uncompromising English-language debut, unfolds through a series of female characters―the writer, the patient, the immigrant, the professor, the student―whose identities are messy and ever-shifting. A speechwriter is employed writing for would-be dictators, but plays in a rock band as a means of protest. A failed Marxist cuts off her own head as a final poetic act. With incredible formal range, from the linear to the more free-wheeling, the real to the fantastical to the dystopic, Rios offers striking, jarring glimpses into life as a woman and an immigrant. Set in New York City, New Jersey, and Chile’s La Zona Central, the stories in Cars on Fire offer powerful remembrances to those lost to violence, and ultimately make the case for the power of art, love, and feminine desire to subvert the oppressive forces―xenophobia, neoliberalism, social hierarchies within the academic world―that shape life in Chile and the United States.

Breasts and Eggs by Mieko Kawakami

Breasts and Eggs paints a portrait of contemporary womanhood in Japan and recounts the intimate journeys of three women as they confront oppressive mores and their own uncertainties on the road to finding peace and futures they can truly call their own.

It tells the story of three women: the thirty-year-old Natsu, her older sister, Makiko, and Makiko’s daughter, Midoriko. Makiko has traveled to Tokyo in search of an affordable breast enhancement procedure. She is accompanied by Midoriko, who has recently grown silent, finding herself unable to voice the vague yet overwhelming pressures associated with growing up. Her silence proves a catalyst for each woman to confront her fears and frustrations.

On another hot summer’s day ten years later, Natsu, on a journey back to her native city, struggles with her own indeterminate identity as she confronts anxieties about growing old alone and childless.

Above us the Milky Way: An Illuminated Alphabet by Fowzia Karimi

Above Us the Milky Way is a story about war, immigration, and the remarkable human capacity to create beauty out of horror. As a young family attempts to reconstruct their lives in a new and peaceful country, they are daily drawn back to the first land through remembrance and longing, by news of the continued suffering and loss of loved ones, and by the war dead, who have immigrated and reside with them, haunting their days and illuminating the small joys and wonders offered them by the new land.

The novel's structure is built around the alphabet, twenty-six pieces written in the first person that sketch a through-line of memory for the lives of the five daughters, mother, and father. Ghost stories and fairytales are woven with old family photographs and medieval-style watercolor illuminations to create an origin story of loss and remembrance 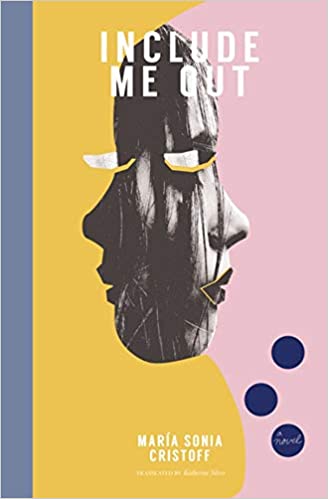 Include Me Out by María Sonia Cristoff

An interpreter takes a vow of silence in order to re-define the terms on which she lives. Mara is a simultaneous interpreter who moves to a provincial town in Argentina in order to speak as little as possible for a year. Steeled with the ten rules of silence set out in her manual of rhetoric, she takes a job as a guard in the local museum. The advantages of her work are threatened when she's asked to assist in the re-embalming of the museum's pride and joy: two horses-of great national and historical significance-are disintegrating and must be saved. But her goal and her slippery grasp on sanity lead her to more anarchistic means to bolster her purpose. Bold, subversive, and threaded through with acerbic wit, Include Me Out is an homage to silence and the impossibility of achieving it.