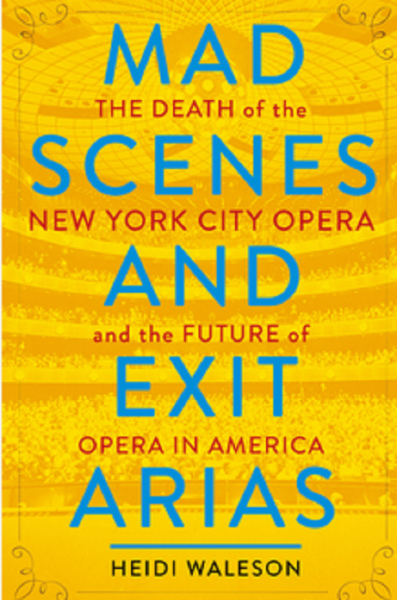 The book details the opera company's history from its post-World War II founding with extensive coverage of management, the operas presented, and the artists.  Long considered "the people's opera" it distinguished itself from the Metropolitan Opera as a low cost option for post-war European immigrants and middle class professionals who valued opera, but couldn't afford the Met's prices.  Through the years, NYCO became a training ground for up-and-coming singers who would get their New York premieres and, following good reviews, move on to other opera companies, including the Met.  NYCO was an early advocate for American and modern operas, commissioning and premiering several a season, along with a mix of traditional/well known operas, and in some years musicals and concerts.  NYCO also had a touring troupe that took opera across the company; the University Musical Society brought them to campus numerous times from 1962-2000.

But, in addition to innovation, the opera company also suffered from cyclical problems of poor fiscal management, incompetent leadership and a disfunctional board, along with the ongoing comparisons to its larger, significantly better funded neighbor, the Met.  This book chronicles NYCO's ups, downs, and many turnarounds and also serves as a case study and cautionary tale for arts institutions in general in today's world of aging audiences, short attention spans, shrinking funding, and a plethora of entertainment options and media.

You can borrow Mad Scenes and Exit Arias from the Music Library.