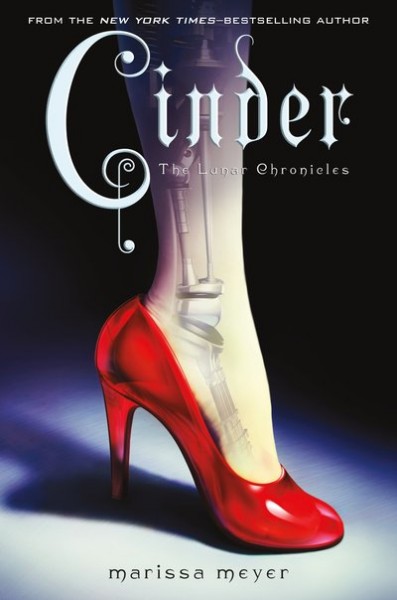 The Lunar Chronicles by Marissa Meyer is a young adult series based on several classic fairy tales.   The series starts with Cinder. Cinder (aka Cinderella) is a cyborg living on an Earth that is suffering from a plague brought from Lunar.  Cinder, a talented mechinic, meets the prince when he brings his favorite android to her market stall for repairs. There are some major differences from the "regular" fairy tale. The prince is being "courted" by the Lunar queen, an evil woman who wants to take over the Earth.  Cinder, and in later stories characters she meets, work to thwart the evil queen's plans.

Other fairy tales that appear in the series are  Little Red Riding Hood (Scarlet), Rapunzel (Cress), Winter (who I think may be Snow White), and the evil Queen Levana's backstory (Fairest).