I hesitated about whether to review A Great Reckoning for Lost in the Stacks, since Louise Penny’s series is very popular, but I find there are still a lot of people who haven’t heard of it.  In this, the twelfth book in the series, Chief Inspector Armand Gamache, the former head of homicide for the Sûreté du Québec, has recently retired, with his wife Reine-Marie, a librarian, to the tiny village of Three Pines.  As longtime readers of the series know, Three Pines doesn’t appear on any maps, and cell phones, GPS, and the internet don’t work there.  If you haven’t read the series before, you will quickly fall in love with Three Pines and its inhabitants, including the artist Clara, the bookstore owner Myrna, Olivier and Gabri, the owners of the bistro, and even the cantankerous old poet Ruth, who lives with a pet duck named Rosa.  The books also feature mouthwatering meals from the bistro.  Some of the recipes are available at the publisher’s website, The Nature of the Feast.

In A Great Reckoning, Gamache, after having rooted out corruption in the Sûreté du Québec, decides to come out of retirement to lead the Sûreté Academy, which is now the last part of the Sûreté that is still corrupt.  It has been turning out brutal young officers for the past few years, and Gamache comes to teach compassion and kindness to the cadets.  To everyone’s great surprise, he keeps the former head of the academy, Serge Leduc, on when he could have fired him, as well as hiring Michel Brébeuf, his former best friend who has betrayed him.  He also decides to admit a young cadet named Amelia Choquet, after Leduc had rejected her.  Amelia is a deeply scarred young woman, with many tattoos and body piercings, who has lived a life of prostitution and drug abuse.  She is highly intelligent, but everyone except Gamache thinks she’s unsuited for police work.  And there seems to be a mysterious connection between Amelia and Gamache.  The unraveling of this connection is at the heart of the book, and will take the reader on a journey into Gamache’s past.

When the cruel professor Leduc is found murdered in his rooms at the Academy and Gamache’s—and Amelia’s—fingerprints are found on the murder weapon, Gamache finds himself a suspect, and even some of his closest friends think he could have done it.  Meanwhile, in Three Pines, Reine-Marie, Clara, and Myrna find an old map of the village among some papers buried in a wall at the bistro.  Gamache asks four cadets, including Amelia, to help him solve the mystery of why the map was made, why it was later buried in a wall, and why Three Pines was erased from all the official maps. 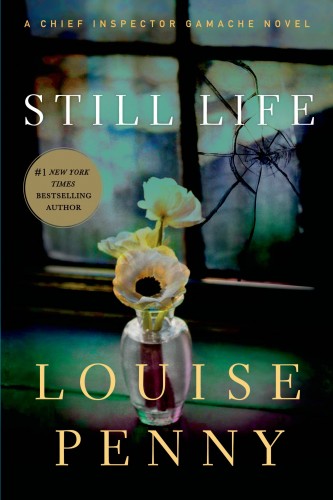 It is best to begin the series with the first book, Still Life, since the development of the characters is so important to the series, but A Great Reckoning represents a new beginning for Gamache, so you can start here.  As usual with Penny, the book is beautifully written, with lyrical prose, and the characters are lovingly described.  Her themes include compassion, love, and redemption, and this book is no exception.  The previous volume, The Nature of the Beast, was darker than usual for Penny and not my favorite in the series, but A Great Reckoning is one of the best.

A Great Reckoning can be checked out of the Browsing Collection at the Shapiro Undergraduate Library.