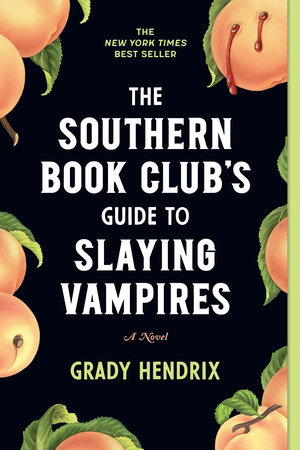 This curated collection of books was created by Michael Ocasio, a student library worker with the Peer Information Consultants (PIC) program at the University of Michigan.

More about Michael: "I have the privilege of working with undergrad students on all things research including formulating a research question or how to properly cite a source. In my free time though you can find me cozied up reading a book (one from this collection!) or binging the newest tv show."

As we are in the middle of leaves changing, trips to the pumpkin patch, horror movie marathons, and perfect sweater weather... I present a book collection that is there for all your fall book reading needs. The list includes vampires, magical stories of love, witches, ghosts, secret societies, and a true homage to horror/slasher films. Fall is easily the best season (argue amongst yourselves) and this short collection will put you in the mood for fall and prepare you for Halloween. I hope you enjoy it!

All these books are available through the University of Michigan library either physically or virtually. Each title has a link to where you can get the book!

“Fried Green Tomatoes and Steel Magnolias meet Dracula in this Southern-flavored supernatural thriller set in the '90s about a women's book club that must protect its suburban community from a mysterious and handsome stranger who turns out to be a real monster.”

“Galaxy "Alex" Stern is the most unlikely member of Yale's freshman class. Raised in the Los Angeles hinterlands by a hippie mom, Alex dropped out of school early and into a world of shady drug-dealer boyfriends, dead-end jobs, and much, much worse. In fact, by age twenty, she is the sole survivor of a horrific, unsolved multiple homicides. Some might say she's thrown her life away. But at her hospital bed, Alex is offered a second chance: to attend one of the world's most prestigious universities on a full ride. What's the catch, and why her? Still searching for answers, Alex arrives in New Haven tasked by her mysterious benefactors with monitoring the activities of Yale's secret societies. Their eight windowless "tombs" are the well-known haunts of the rich and powerful, from high-ranking politicos to Wall Street's biggest players. But their occult activities are more sinister and more extraordinary than any paranoid imagination might conceive. They tamper with forbidden magic. They raise the dead. And, sometimes, they prey on the living.”

The Night Circus by Erin Morgenstern

“Waging a fierce competition for which they have trained since childhood, circus magicians Celia and Marco unexpectedly fall in love with each other and share a fantastical romance that manifests in fateful ways. “

“Saturday Night Ghost Club is a short, irresistible, and bittersweet coming-of-age story about a small group of kids who, under the leadership of an eccentric uncle, spend one summer investigating the validity of local ghost stories and macabre urban myths--in almost every instance getting in way over their heads.” -Provided by publisher

My Heart is a Chainsaw by Stephen Graham Jones

“Jade Daniels is an angry, half-Indian outcast with an abusive father, an absent mother, and an entire town that wants nothing to do with her. She lives in her own world, a world in which protection comes from an unusual source: horror movies...especially the ones where a masked killer seeks revenge on a world that wronged them. And Jade narrates the quirky history of Proofrock as if it is one of those movies. But when blood actually starts to spill into the waters of Indian Lake, she pulls us into her dizzying, encyclopedic mind of blood and masked murderers, and predicts exactly how the plot will unfold. Yet, even as Jade drags us into her dark fever dream, a surprising and intimate portrait emerges...a portrait of the scared and traumatized little girl beneath the Jason Voorhees mask: angry, yes, but also a girl who easily cries, fiercely loves, and desperately wants a home. A girl whose feelings are too big for her body. My Heart Is a Chainsaw is her story, her homage to horror and revenge and triumph” -Provided by publisher

The Ex Hex by Erin Sterling

Nine years ago, Vivienne Jones nursed her broken heart like any young witch would: vodka, weepy music, bubble baths…and a curse on the horrible boyfriend. Sure, Vivi knows she shouldn’t use her magic this way, but with only an “orchard hayride” scented candle on hand, she isn’t worried it will cause him anything more than a bad hair day or two.

That is until Rhys Penhallow, descendent of the town’s ancestors, breaker of hearts, and annoyingly just as gorgeous as he always was, returns to Graves Glen, Georgia. What should be a quick trip to recharge the town’s ley lines and make an appearance at the annual fall festival turns disastrously wrong. With one calamity after another striking Rhys, Vivi realizes her silly little Ex Hex may not have been so harmless after all.

Suddenly, Graves Glen is under attack from murderous wind-up toys, a pissed-off ghost, and a talking cat with some interesting things to say. Vivi and Rhys have to ignore their off-the-charts chemistry to work together to save the town and find a way to break the break-up curse before it’s too late. -Goodreads synopsis