The Shapiro Undergraduate Library is starting off the new year with a bicentennial-themed display of books about all 200 years of U-M's history. A critical part of that history, and a strong component of our display, is the inclusion of women at the university. The contentious decision was made in 1870, and has since inspired a variety of reflections and responses.

Below are five books about women's experiences at the University of Michigan. You can check all of them out from the Shapiro Undergraduate Library. 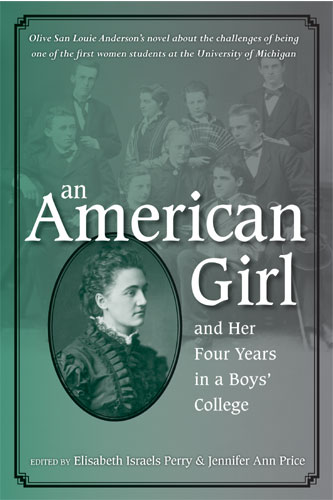 An American Girl and Her Four Years in a Boys' College

Using the pseudonym SOLA, Olive San Louie Anderson's novel describes the challenges of being one of the first women at an institution that formerly excluded them.  Though places and people in the book are fictionalized, she writes from firsthand experience as an alumna of Michigan's class of 1875.

Dr. Bertha Van Hoosen graduated from the University of Michigan in 1888, and was one of few female surgeons at the time. The book's title comes from the nickname Van Hoosen's male classmates used to make fun of her. She went on to practice surgery, gynecology, and obstetrics for over fifty years. 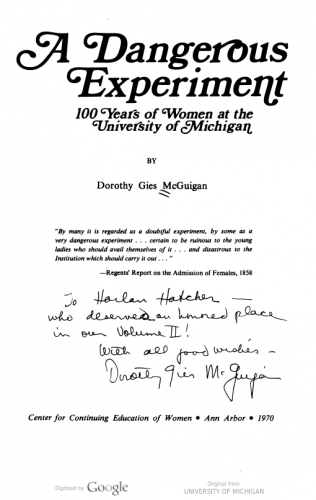 A Dangerous Experiment: 100 Years of Women at the University of Michigan

Published in 1970, this book "tells the story of women's struggle to win admission to the largest university in the country, of the pioneer women who had the audacity to come to an all-male college, of the obstacles that met them, of what they chose to do with their dearly won educations" (page iii). McGuigan describes women's admission to U-M in a broader historical context,  and concludes with her hopes and visions for the future. 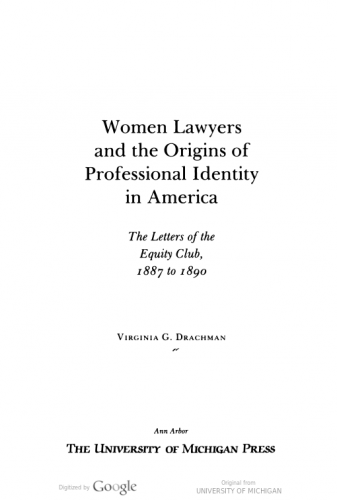 Women Lawyers and the Origins of Professional Identity in America: The Letters of the Equity Club, 1887-1890

The Equity Club was formed at the University of Michigan in 1886, and set a precedent in establishing groups for women lawyers and law students. With law schools just beginning to admit women, the founders of the Equity Club took it upon themselves to create an inclusive professional organization.   This book combines primary source materials (like letters and essays from members of the Equity Club) with historical context and analysis. 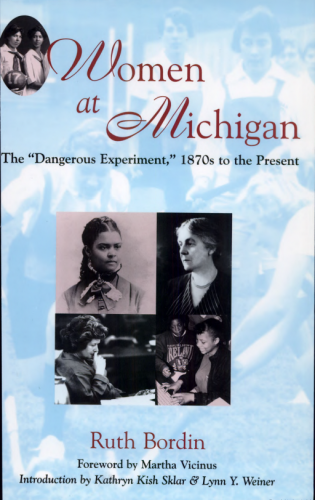 Women at Michigan: The "Dangerous Experiment," 1870s to the Present

Bordin, who also wrote The University of Michigan: A Pictoral History, utilizes archival photographs and historical analysis to describe the changing sociopolitical landscape for women at the University of Michigan. The title is derived from a comment made by a male administrator who was opposed to the inclusion of women at the university, and reflects the hostility with which women at Michigan were met. 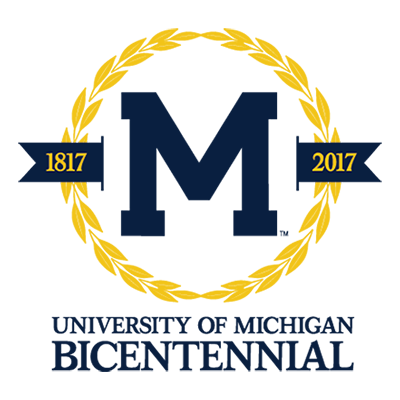