We'd like to pass along an upcoming opportunity for those who are interested in educational games and game design on campus: Game Design Jam!

We'd like to spread the word about a game-related music class being taught again in the Fall: MUSPERF 300: Video Game Music. 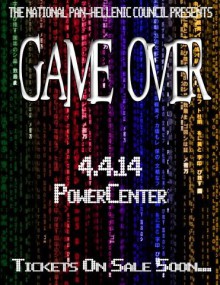