The Jay is Games Website has published their list of the Best of 2009 Casual Games. I'm already obsessed with the #1 Flash Puzzle Game, Continuity...

Last week's Serious Games Expo was the subject of an article in the AnnArbor.com, with the CVGA featured prominently: "University of Michigan expo shows serious games can be lucrative, too."

Games Will Rot Your Brain

From the July 2009 issue of Scientific American: “A pernicious excitement to learn and play [this game] has spread all over the country, and numerous clubs for practicing this game have been formed in cities and villages. Why should we regret this? It may be asked. We answer, [this game] is a mere amusement of a very inferior character, which robs the mind of valuable time that might be devoted to nobler acquirements, while it affords no benefit whatever to the body..." 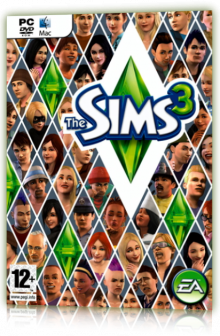 Robin Burkinshaw created a homeless family in Sims 3 and has been blogging their story at Alice and Kev: The story of being homeless in The Sims 3. Start at the beginning; you'll find their story fascinating and sometimes heartbreaking.

The Rise of Indy Console Games

This weekend's On the Media show from NPR has a segment about the rise of independent console game developers: "DIY Gaming"

There's an interview with me regarding the Comptuer & Video Game Archive over at The Video Game Librarian blog. Thanks to John Scalzo for his excellent interview!