The Bentley has a complete run of The Michigan Daily newspaper issues in print, which were carefully disbound and conserved by Bentley staff, then digitized and ingested into University of Michigan’s Digital Library Extension Service (DLXS) repository. The volumes were also ingested into the HathiTrust Digital Library for preservation purposes. The Library IT team developed a robust discovery interface for the archives. The team made the choice of building a discovery system instead of using an out-of-the-box application or vended solution. The decision was made to leverage our work with the Hydra community. The Michigan Daily Digital Archives extends the Blacklight discovery framework, and uses standards like the International Image Interoperability Framework (IIIF) to bridge data harvest and image viewing with DLXS.

Although the team was faced with a number of funding, digitization, copyright and technical challenges, the project was successfully completed in early 2017, just in time for the University's Bicentennial year celebrations. Contributions from The Kemp Family Foundation played an important role in funding the project. We worked hard as a team to overcome the technical challenges by following an iterative model to manage the development work. We worked in close collaboration with the Copyright Office to mitigate potential right issues. 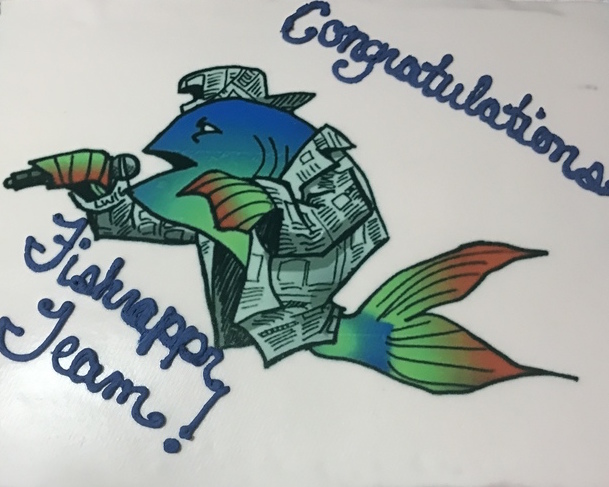 The project codebase name is Fishrappr. At the start of the project, we needed a code name for our project. We brainstormed a lot of slang terms for newspapers and fish wrapper was too evocative to pass up. Larry Wentzel came up with a logo and that settled us on Fishrappr.

The cross-functional Fishrappr team had members from three departments in Library Information Technology: Digital Library Applications (DLA), Digital Content & Collections (DCC) and Design & Discovery (D&D). The design and development work started in April 2016 and major feature development was completed by October 2016, although testing and refinement continued until March 2017. The digitization of the material was done in parallel to the development of the interface. The development team followed Scrum like Agile approach. Adapting Scrum, and following the Agile project management practices helped us finish the project on time.

“We structured the digital files and metadata in accordance with the National Digital Newspaper Program (NDNP) schema as much as possible, in the hopes of increasing cross-project functionality.” - Chris Powell (Team Member)

We worked over a period of about 17 Sprints of 2 weeks each. In Scrum, the project work is divided into Sprints, typically 2 weeks long. The team meets for Sprint Planning at the start of the sprint. Sprint Planning meetings define the goal of the two week sprint. It is attended by all the team members and the Product Owner. The Product Owner helps the team identify the features that are highest priority for them. The team works with the Product Owner to define the goal of the sprint in terms  of user stories translated into github tickets.  We had Sprint Meetings with our team and members from  the Bentley. In earlier Sprint Planning meetings, we played Planning Poker to assign story points to the user stories. 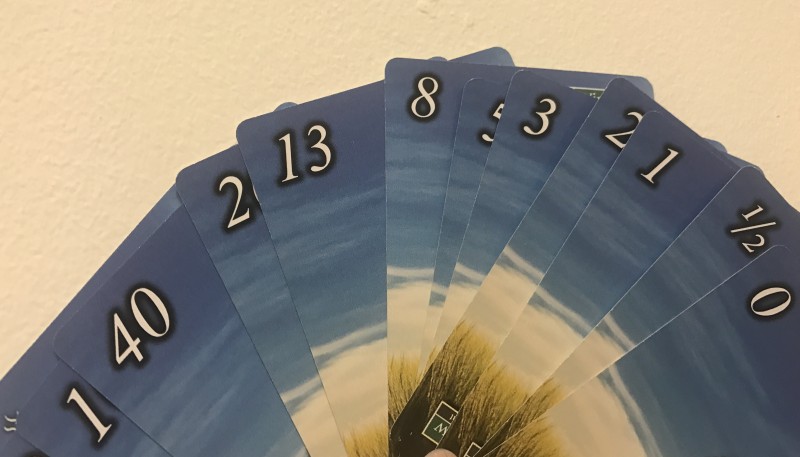 Planning Poker, also called Scrum Poker, is a consensus-based Agile estimating and planning technique. It is a useful way of estimating the complexity of the user stories with relative value rather than absolute number of hours.

Daily Standups, a short regular team meeting, is an efficient way of keeping focus and helping each other remove roadblocks. We held daily standups of 15 minutes each, mostly in person and sometimes on Slack, a web-based team messaging tool. Every Sprint was followed by a Sprint Review and Sprint Retrospective. During Sprint Reviews, the project progress is assessed against the goals set in Sprint Planning. Sprint Retrospectives provides the team an opportunity to improve. We mostly combined the review and retrospective meetings together and talked about what went well, what went wrong, and what could we improve on. Our team worked well together, the retrospective time helped us make minor changes in communication to keep the project progress on time.

“Scrum works to coordinate the many issues in a development project: focusing on the key requirements, making usability improvements, input from stakeholders, and more” - Gordon Leacock (Team Member) 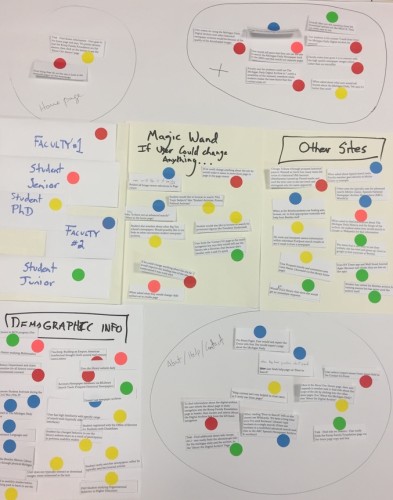 Team members from the Design and Discovery department conducted user studies with several users. The usability study was conducted after each of the three release cycles. Typically three users from different backgrounds were interviewed. The feedback was synthesized into affinity groups by following a team exercise of ‘Affinity Diagrams’- a tool to organize information and ideas into common themes. This exercise helped us synthesize feedback into actionable tickets.

“User testing can provide solutions when there are no common design patterns to pull or reference from. Seeing what a user does in a UI illuminates problems they have and ones you cannot see.” - Trevor Dobias (Team Member)

The website was also reviewed by the library’s Web Accessibility specialist. The improvements based on user feedback and accessibility review were incorporated in the subsequent sprints.

The project was successfully completed and delivered on time through the dedication of Library IT team members. The website was launched publicly on March 30, 2017. The Bentley Historical Library hosted a grand launch event, where University of Michigan President Mark Schlissel conducted the first official search on The Michigan Daily Digital Archives website (see photo).

Working on Fishrappr as an Agile team was a great learning experience for us. We learned to apply and tweak agile methodology according to our work environment. Best of all, working in time-boxed Sprints with regular meetings was very useful and encouraging for our project team.