It all started with a trip to CNN in Atlanta, in 2001. The "Aha!" moment was seeing video utilized and manipulated as readily as text was - annotated, indexed, searched, excerpted, and delivered. That led to an RFP being issued in 2002, and a digital asset management system (or DAM) environment for the campus that was implemented soon after. This is what ultimately became known as BlueStream. 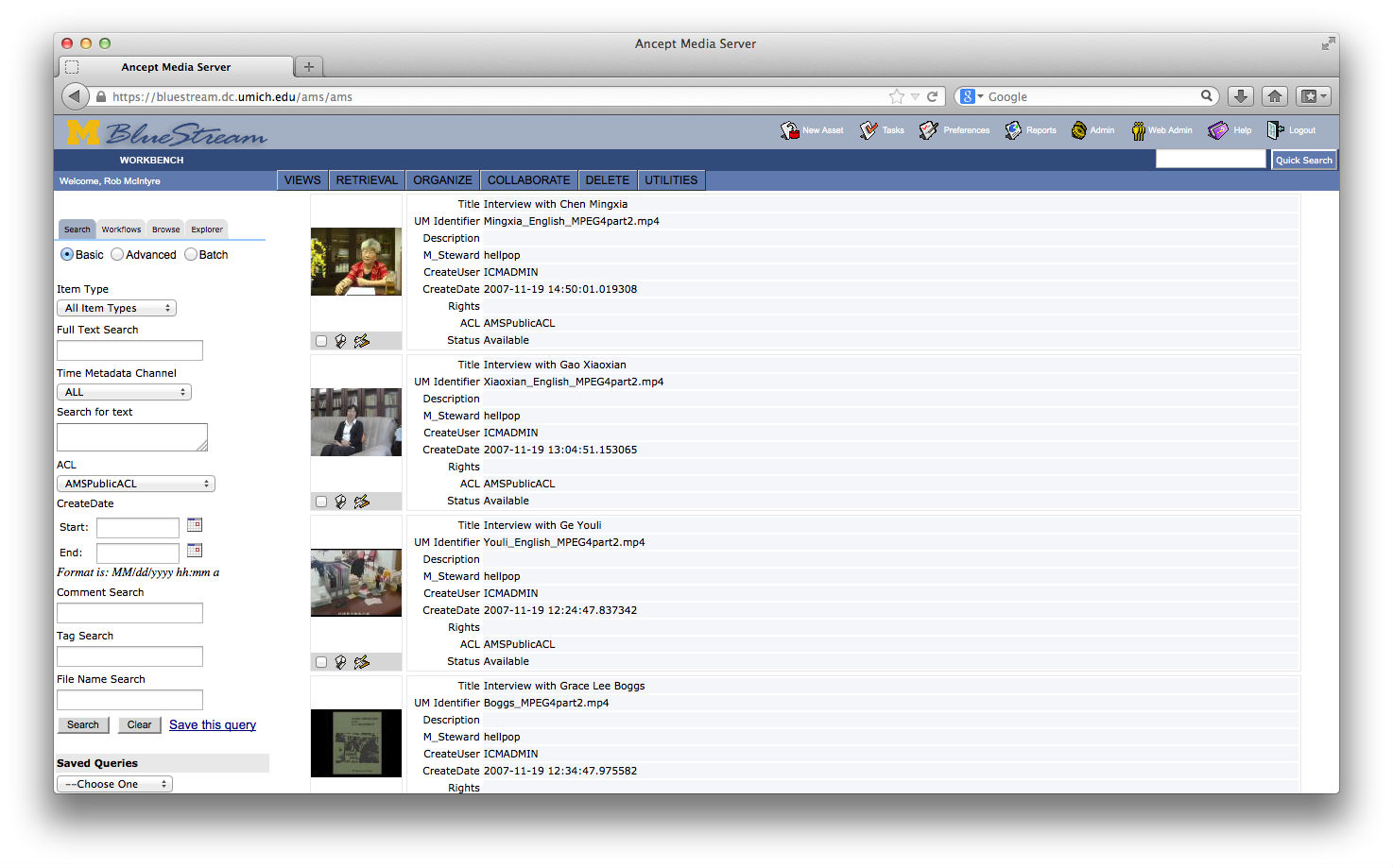 One of the stated goals was to

"Explore an infrastructure that will fundamentally change the way we currently use time-based media to a manner similar to our use of text and images today!"

Several pilot-partner units came on board - Education, Dentistry, and LSA were among the first early adopters who found a myriad of new ways to work with text, images, documents, audio, and video. BlueStream took care of the heavy lifting for average people who weren’t necessarily media experts, but wanted to use media in their teaching, learning, and research.

a bit more for granted, and the ability to manage almost 50,000 assets doesn't seem like that big a deal. Likewise, 14 terabytes of storage is now something more of a drop in a bucket.

An example of a typical project that grew and scaled along with BlueStream is Library DVR, which provided Askwith Media Library video content for courses online in a secure and seamless way. A custom media browser interface was developed for delivery inside of CTools. Library DVR reached its height in Winter 2011, after being in operation for almost three years and served out 1,300 videos to 10,000 students across 200 courses that semester. This necessitated some additional custom development to integrate the Learning Tools Interoperability standard, which allowed user and course information to be passed between CTools and BlueStream. Course rosters and authorization were all handled manually up until that point.

Many other media-rich explorations and projects followed. However, as with everything in life - All Good Things...

With the new campus-wide MiVideo service now being run in conjunction with ITS and the library, the decision was made to sunset BlueStream. All existing content has been transferred over to MiVideo or delivered back to its original users, and some of the original spirit and goals of BlueStream will move forward in MiVideo.