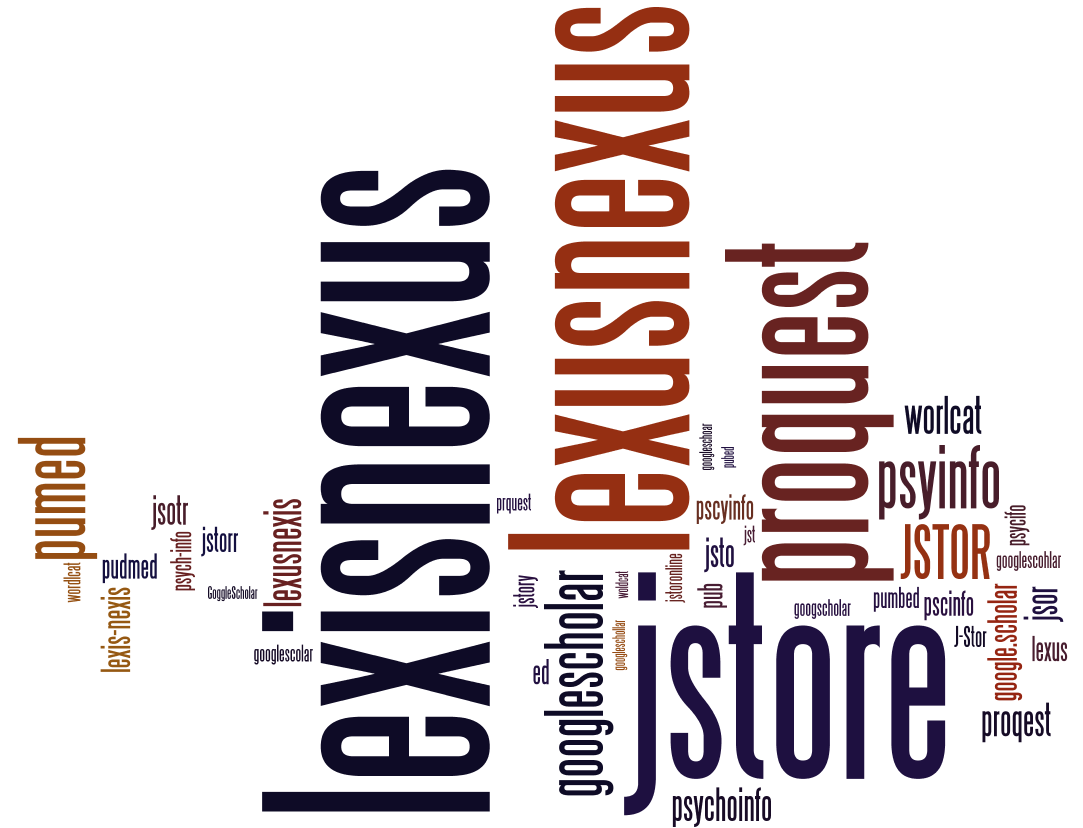 The search box on the University of Michigan Library’s website is many user’s front door to library resources. Despite the presence of links directly to commonly-used databases on the main library page, users still search for databases by name. From January 1, 2014, through April 2, 2014, library users conducted 261,962 searches, of which 7.4% (19,267) were for the most-used 7 databases. Nearly 15% of searches for these 7 databases were for incorrect variations of the actual database name.

In descending frequency of incorrect queries, the top 7 databases were:

The variants used 3% or more of the time:

There were 30 variants; the ones used 3% or more of the time were:

There were 14 variants; the ones used 3% or more of the time were:

There were 20 variants; the ones used 3% or more of the time were:

There were 27 variants, but almost all were used only once. The correct one, JSTOR, was used almost 96% of the time.

There were 18 variants; but almost all were simple typos, used only once. The correct one, ProQuest, was used 97% of the time.

There were 26 variants, but almost all were simple typos. The correct one, “Google Scholar”, was used almost 98% of the time.

Please see the full table of results for all the details.

As a result of this study, library subject specialists added the most commonly used non-standard variants for database names to the indexing of the data. Prior to this study, database searches using the wrong name would result in poor (if any) database results. Now, searches for these variants retrieve the correct database.

The University Library maintains and anonymized log of search queries entered to the search tabs on the site. These queries are stored in a MySQL database. To do this research, I simply did queries against the database using wildcards, and then filtered out obvious false matches. For example, for WorldCat, I did a case-insensitive search for “w*t”, and removed all results that matched on “wildcat”, “what”, etc. Similarly, for “Google Scholar, I looked for “Go*r”, and removed terms that were clearly not attempts to reach that resource.