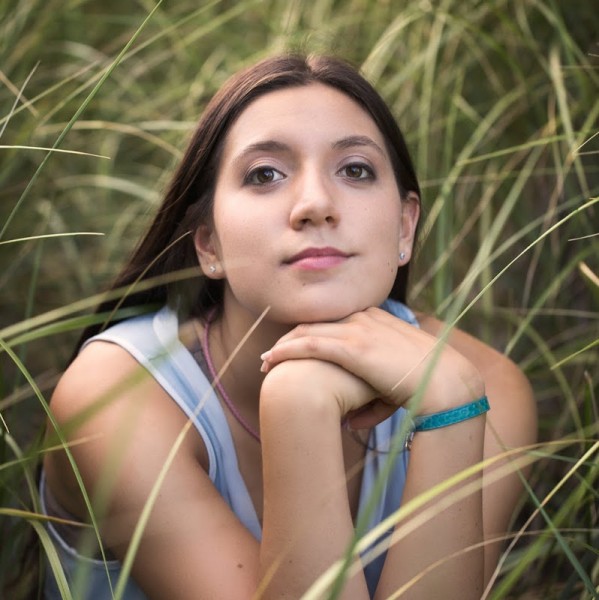 Hello! My name is Brianna Hutchison. For a brief introduction, I am a Design Lab Resident, Electrical Engineer in training, and a martial artist who recently had knee (ACL reconstruction) surgery. I love spending time in nature, going on adventures, and learning new things.

My favorite part of the Residency so far has been the co-learning sessions. I learned how to letterpress, improved my sewing machine skills, and practiced on-the-go journalism. My co-learning session was an introduction to the Arduino. I loved watching everyone’s eyes light up as they discovered that they could build a circuit and code a basic program – everyday basics for me (an electrical engineer), but novel to my fellow residents (social service workers, English majors, Anthropology majors, etc). Everyone asked great questions leading to good discussions about how circuits/coding worked.

We worked on building the basic blink circuit and modified it to explore LEDs in series, LEDs in parallel, and LED brightness. I started by defining an Arduino as a microcontroller that we could program and connect an electronic circuit to. Next came an overview of how circuits work by drawing parallels between electron flow and water flow. We then discussed other components, especially the differences between a resistor and a LED. Then we all built the basic blink circuit together which has a resistor and light in series. The exciting part came when we plugged in our Arduino to a power source and the light started blinking. Then Maggie put in a different light in parallel and discovered the lights weren’t lighting up. This led to an improvised lecture about power/brightness in series and parallel. I challenged everyone to build a parallel circuit which raised questions about how everything was connected. Then we modified the code to prove we were programmers. I am glad everyone was exposed to a new skill—one of the main outcomes of this Residency.

The main outcome of the Residency, the project, has been constantly evolving. I walked in with an awareness that climate change is a real problem and the desire to make a change as an individual but not quite knowing how. I proposed an app where individual sustainable decisions were tracked on a weekly basis. Justin and I talked about tracking consumer waste, which led to the idea of institution-wide composting. Justin connected me to Christopher Karounos, a collaborator who is developing his team’s project to focus on deforestation. Justin also connected me to Lori Tshirhart, who wondered, “What if the University of Michigan could run on 100% renewable energy?” I liked the idea, so I followed up with Adam Simon whose class originally ran the numbers about where the University of Michigan gets their energy from. He flushed out the idea of developing a cost-benefit analysis, garnering support, and appealing to the Board of Regents to make a policy change. He also connected me to Blake Shelton who talked more about composting.

This networking experience really showed me that there is a decentralized community interested in making more sustainable decisions. I realized I wanted to make my project’s end goal to bring small teams of these people together because collaborative action has the potential for much greater impact than individual action. My new challenge was to find a project that captured my essence and would spark a conversation on sustainability to start connecting people.

Then Justin gave me tools to play with that sparked my current idea. He ordered a device that could convert the mechanical energy of biking to electrical energy. Basically, I could plug in my phone and charge it while studying and biking. Low speed biking improves long-term memorization. Justin also equipped me with an energy recording device. I plug in my computer and read how much energy it pulls. This inspired the idea of designing an energy calculator that computes how much energy a student uses while studying in the library, connecting the calculator to a bike generator that illustrates how much effort it takes to generate that energy, and displaying that information on an interactive wall that starts conversations about different sustainability initiatives that people can participate in. This idea is still in development and very open to feedback. I am excited to see the progress that this semester will bring!