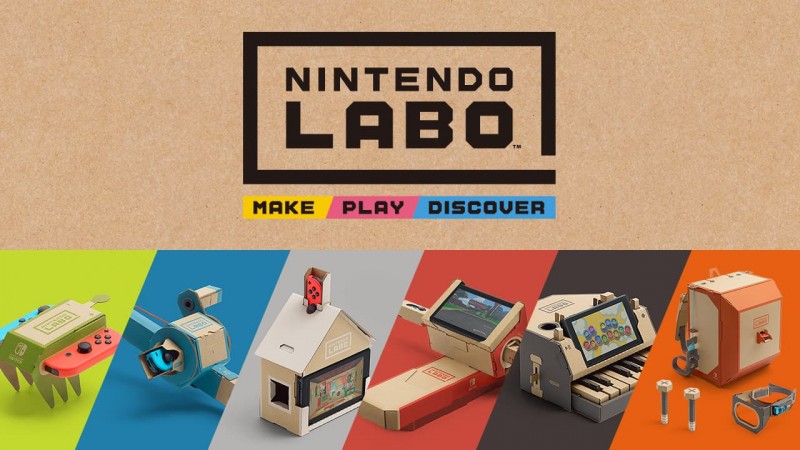 Marketed to “kids” and “kids at heart”, Nintendo Labo immediately captured the attention of my internal Nin-ten-year-old. The cardboard-based gaming peripherals launched on April 20th, 2018 and have allowed children of all ages (with Nintendo Switch consoles) to build contraptrations including a piano, a car, a blaster, and a robot (well, a backpack), all made from cardboard, washers, rubber bands, and stickers. The Nintendo Switch controllers, or joy-cons, enable these hodgepodges of arts and crafts projects through their built-in infrared camera, gyroscopic and motion capabilities, as well as vibration features. Everything within these games/building kits comes down to three key areas - make, play, and discover - that have highlighted the ways in which I have enjoyed working in the Shapiro Design Lab

I originally used the Design Lab to create and edit videos, but I’ve gotten the chance to make much more since then joining its team. For example, after learning the basics of sewing, I was able to create my first couple of juggle balls - an interest since I began juggling 6 years ago. Since I began working as an accessibility resident, I’ve learned how to make a number of adaptive and accessible gaming peripherals have been created through the use of multiple devices and tools within the lab. These have ranged from a 3D-printed one-handed adaptive controller for the Nintendo Switch to pieces necessary to create simple button switches used as inputs with non-traditional gaming controllers. These, much like the Nintendo Labo sets we built, were created through the collaborative efforts of multiple design lab employees and served as a way to get to learn more about what the lab is capable of creating and the people who make that possible.

The end goal of much of the work I’ve done with the design lab this term is creating comfortable, fun, ways for disabled gamers to play video games. With that in mind, many of my days in the lab were spent doing just that: playing. At times, this included learning how games like Slime Rancher, Okami, and Star Wars Battlefront II played on a PC. Other days, I was testing out hardware like Logitech joysticks and various button switches. Most games were based on suggestions from disabled individuals who worked with this lab, and by taking their input and learning how games and hardware could be adapted to meet their needs, we crafted ways to play. This process brought most setups through multiple iterations and some frustrating roadblacks, but ultimately made a game that once was unplayable, accessible. By the second adaptive gaming event we held this semester, we crafted setups that saw disabled and non-disabled gamers playing Mario Kart 8 Deluxe, among other games, together. 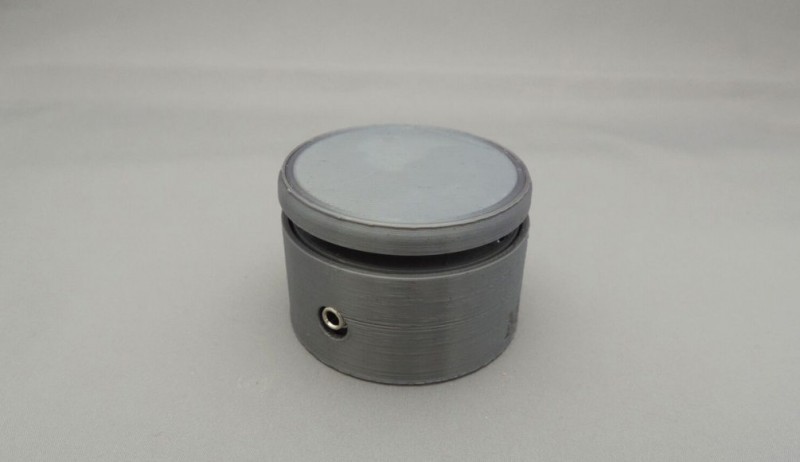 I’ve done a ton of discovering regarding adaptive gaming during my time with lab, much of which has focused on the Xbox Adaptive Controller (XAC) that launched in September 2018. After months of working with the device, I’ve learned how to adjust setups on the fly, enable it to work in multiplayer formats, and work with consoles (namely the Nintendo Switch) that it doesn’t naturally. As I’ve gained more familiarity with the buttons and other input devices compatible with the XAC, I’ve also discovered just how prohibitive the cost of  accessible gaming thanks to devices that cost anywhere from $20 to $550 depending on a gamer’s need. These findings, in turn, motivated my work with other members of the lab in assembling switches at a fraction of their typical $60 price point.

On the software end, I’ve learned a bevy of accessibility options coded into games by their very designers As discussed by websites such as review website Dagers (a portmanteau of “disabled gamers”), even high-profile games such as Shadow of the Tomb Raider and Pokemon Let’s GO have aspects that the designers of those games created that make the games more easily played by individuals with a variety of disabilities. Thanks to hardware such as the Tobii Eye Tracker, I’ve even gained a better awareness of how game companies, such as Electronic Arts (EA) and Square Enix, provide accessibility options in a variety of their games.

If nothing else, I’ve discovered a treasure trove of resources that I turn to and suggest to others. These include well-known charities in the adaptive gaming scene such as Able Gamers and Special Effect, as well as newer entrants such as the DOTS RPG Project that focus on tabletop gaming accessibility. The bits and pieces that I’ve learned in the lab about cultivating accessible equipment and creating adaptive setups are augmented by these resources and others that build on huge progress the gaming industry has made over the past few years. And while the Ph.D. program I will start this summer won’t explicitly focus on adaptive and accessible gaming,  I hope to find ways to incorporate what I’ve learned about making, playing, and discovering into my research into disabled student experiences in college and university.