With a background in Physics and Criminal Justice, and now learning Architecture, I’ve been trying to find a way to combine the different areas of my education and, most importantly, how to align them with one of my passions - open and inclusive accessibility. It is easy to connect physics with criminal justice, in the world of forensics, and there are some clear connections between physics and architecture, at least in mechanics. But bringing those two connections together has been challenging. The Raoul Wallenberg Lecture speaker, Eyal Weizman, opened my eyes to possibilities and concepts I had never thought of.

His team uses videos, recordings, and known descriptions and factors of the location of a crime to recreate the setting in a 3D modeling environment. Since most videos of a conflict are typically dark, unclear, and oftentimes from a single perspective, the team uses multiple sources and footage, from security camera videos to police helicopter thermal footage to recordings made on a citizen’s cellphone. With that, they trace any known movement of people, cars, or other things involved, and have a better visual - from any and all perspectives - of what truly happened. Once this environment is set, and to help with the tracing of movement, the videos are overlaid with the 3D model to time these movements and understand where sounds in the video are coming from.

Weizman gives several examples of events his team has worked on to better explain their process and show the importance of their work. One of the examples he gave helped to prove a man killed by Israeli police was innocent; not a terrorist like the police reportings claimed. The 3D model was able to time gunshots to bullet dents in a car and prove this happened before - and was the cause of - the car swerving and running over the police. This took years to be proven, especially with the Israeli government defending their original claim, but it was because of Weizman’s team and what he called “Counter Forensics” that the truth was made public.

His other examples included one of mystery canisters in Douma, Syria that seemed to have fallen on top of buildings and crashed through the roof. The forensic architecture team was able to recreate the environment and objects in the 3-dimensional software and texture map all the markings of the building and canister to analyze the source of the canisters, found to be chemical weapons. 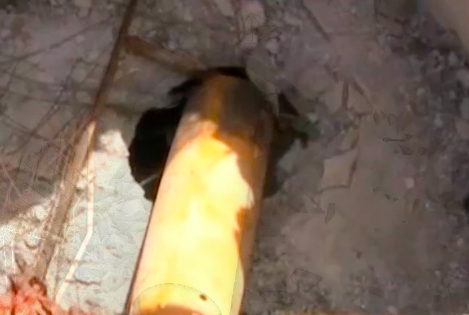 His team is able to find physical evidence through image analysis and reconstruction of events happening all over the world. Other than being able to analyze things from across the world, forensic architecture also allows the analysis to continue even after all physical evidence and the actual event environment has been cleaned up and restored to its original conditions.

While this does not seem like it fits with what is typically considered Open Accessibility, I’ve recently been learning more about what accessibility means in a broader sense. In a book on crime decline, city life, and the next war on violence, titled Uneasy Peace, Patrick Sharkey explains how the decline of violence and crime creates better accessibility for communities in terms of education, health and wellbeing, and community engagement - something that seems intuitive, but it took reading it to realize just how interlocked forensics and community accessibility can be.