Robinson Crusoe and the Noble Savage

For anyone interested in marginalized communities and the progress of social movements, the Special Collections Library has a wealth of primary and secondary resources. Examples of institutionalized racism, in particular, can be found throughout the Special Collections Library, and are a reminder that even objects we tend to revere such as rare books cannot escape their historical context. 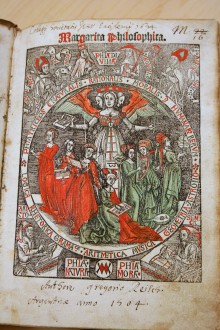