Combining Games and Libraries: Thoughts on the ALA Conference

Guest author Amanda Cote joins us again to share her thoughts on a popular topic at the recent ALA Conference: Video Games in Library Collections.

51 years ago today began the construction of the Berlin Wall by the German Democratic Republic. The "Antifaschistischer Schutzwall" consisted of 12-foot concrete walls, guard towers, fencing and bunkers, all creating a barrier between East and West Germany in the 96 miles around Berlin. It effectively ended migration between the two countries until the political upheavals of 1989.

The Opening Ceremony of the London 2012 Olympic Games is Friday, July 27. The dramatic high point of the ceremony in recent years has been the lighting of the cauldron with the Olympic torch. We'll celebrate this event with a few examples of the Olympic torch from our image databases: 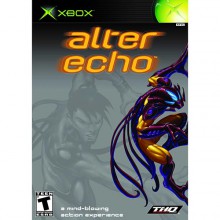 This week, the archive received a donation that was a special treat, a glimpse into our local video game industry from almost a decade ago: Alter Echo.Alter Echo was the last game developed by an Ann Arbor-based company called Outrage Entertainment, which developed games in Ann Arbor from about 1997-2004. And the generous donor of said game? None other than one of the testers of Alter Echo, Tod Schlegelmilch.The game isn't yet available for play, but keep searching Mirlyn to stay up to...

The organizers of the annual Classic Gaming Expo - John Hardie, Sean Kelly, and Joe Santulli - have a mission. They want to start a physical museum that collects everything about classic games - every version of every game, design &amp; developer notes, promotional materials, backups of unreleased games, etc.&nbsp; The exact location is yet to be determined, but San Jose, CA is their stated goal.