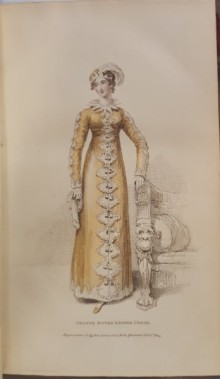 As noted in Dining with Jane Austen II: No Such Thing as Lunch?, dinner shifted from noon-time to evening over the course of the 18th century, but this change occurred slowly and unevenly, with the result that certain households - especially those with claims to urbanity and fashion - might eat their main meal of the day much later than others. In Sense and Sensibility, The Dashwoods dine at 4pm at home in Barton Cottage, but in London, Mrs. Jenning’s begins dinner at 5 o’clock. In Pride and...

Dining with Jane Austen II: No Such Thing as Lunch? 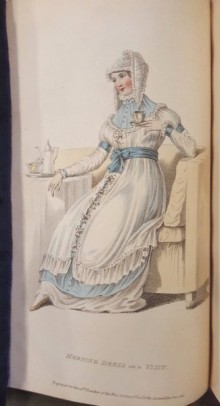 Over the course of the eighteenth century, the time and contents of meals gradually shifted. By the turn of the 19th century, dinner had become detached from its earlier noontime association and might be eaten anytime from mid-afternoon to as late as six or seven o’clock in the evening. However, lunch had not yet become a commonly established sit-down meal. Dr. Johnson’s Dictionary of 1755 defines “lunch” or “luncheon” as “as much food as one’s hand can hold,” in other words, a sort of snack... 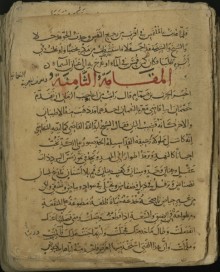 Don't miss "Handwritten Heritage: Arabic Texts in Manuscript" on display March 5th - April 13th in the Special Collections Exhibit Gallery (660J) on the 6th floor of Hatcher! The exhibit features a selection of iconic Arabic texts from the holdings of the Islamic Manuscripts Collection preserved in the University Library.

Dining with Jane Austen I: Breakfast in Georgian England 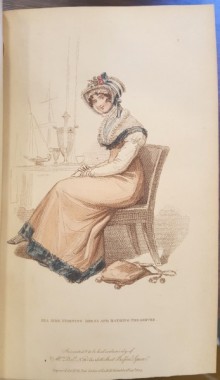 During this final month of the exhibit The Life and Times of Lizzy Bennet (November, 20, 2017 - March 30, 2018), a series of “Dining with Jane Austen” posts will explore mealtimes in Georgian England and look at some of the recipes that might have been enjoyed by Austen or her characters. In this first installment, we’ll take a look at breakfast. 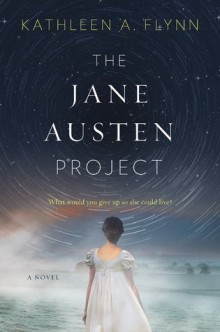 Join Nicola's Books and the Ann Arbor District Library for a conversation between author Kathleen Flynn and U-M Residential College Creative Writing Director Laura Thomas on Wednesday, March 7, 2018 from 7:00-8:30pm in the Downtown Library's Multi-Purpose Room. Flynn and Thomas will discuss Flynn's debut novel, The Jane Austen Project, in which two researchers from the future are sent back in time to meet Jane and recover a suspected unpublished novel. 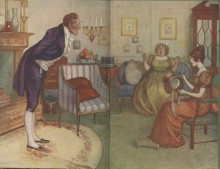 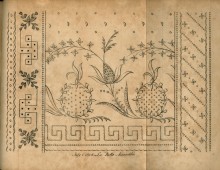