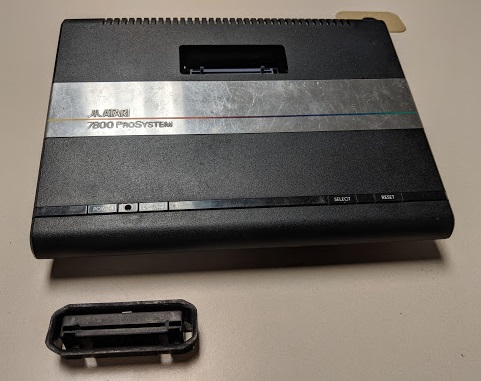 Our Atari 7800 stopped working after one of the tabs on the cartridge port broke off, resulting in games that wouldn’t sit properly in the system and were therefore unplayable. We only have one Atari 7800 system, so we were eager to try whatever we could to repair it.

The Atari 7800 was produced from 1986-1992, so replacement parts for these consoles are few and far between. We could’ve looked for another one online, but preferred to salvage the one we had if possible. So when our student worker Justin found the specs online to 3D-print the replacement part we needed, we were eager to give it a try. Thankfully, our library colleagues in the Shapiro Design Lab had a 3D printer and were happy to help out by printing out the replacement cartridge port for us.

After sanding down the replacement part, we were ready to install it in the system. To separate the two parts of the console’s outer shell, we removed four screws from the underside and pried them apart. 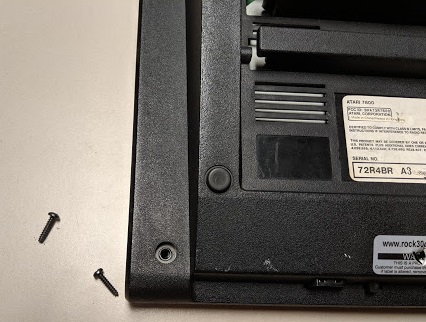 Inside the console’s plastic shell, we were greeted with a metal shell that encased the motherboard. There were tabs around the outside that went through slots in the metal and were twisted to keep the two parts of the metal shell together. With a pair of pliers, we twisted each of the tabs to align with the slots and again pried apart the shell to get to the motherboard. 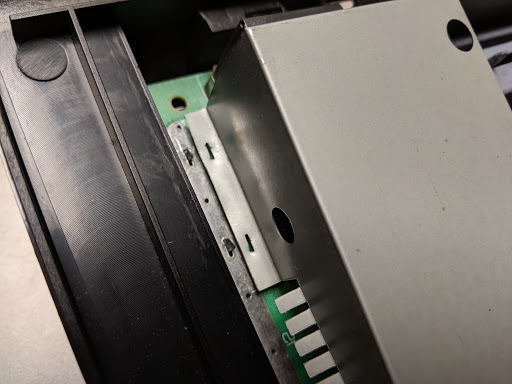 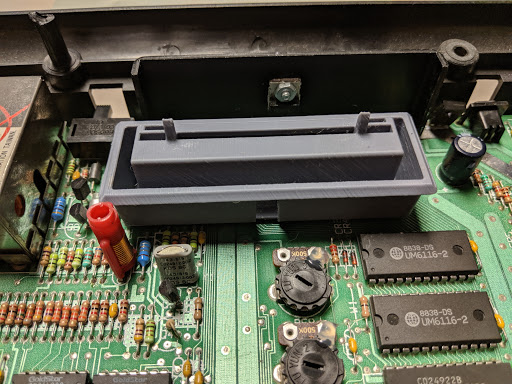 We then reassembled the system and tested a few game cartridges to make sure that they fit in the port snugly, which they did. However, after we got everything back together, the power button on the console no longer properly depressed, so we had to open up the system again and opted to remove the metal protective casing before putting the system cover back on. Resituating the system cover fixed the problem, allowing for the power button to depress properly, and making it easier for us to open up the system again in the event of needing to make future repairs. 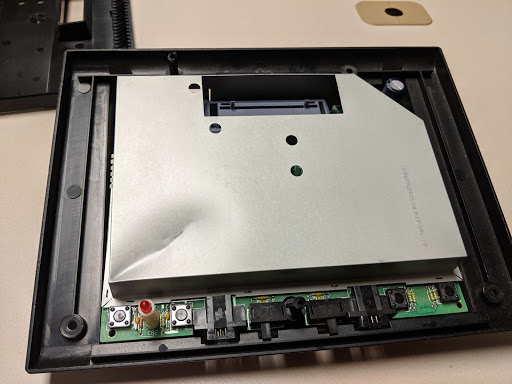 The final step was to test the system with the 3D printed part to see if the game cartridges would play properly.

Sadly, we’ve so far been unable to get any of them to work. Though this is a somewhat disappointing result to our repair project, we still wanted to celebrate the determination of our student worker for coming up with such a creative solution, and also the ingenuity of the people who design 3D printed parts everyday on Thingiverse to support video games, board games, and related ephemera. As for our Atari 7800, perhaps we’ll find another potential fix for it sometime soon.

Written by our student worker Justin Ritenburgh, in league with Val Waldron.