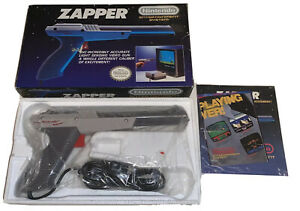 This blog post was written by one of our student workers, Harrison Biggs.

The staff here at the CVGA were saddened recently to hear of the death of legendary Nintendo engineer Masayuki Uemura at the age of 78. For those who don't know, Uemura was the head engineer behind Nintendo’s first home consoles, including the Nintendo Entertainment System (NES) and the Super Nintendo (SNES). Uemura was recruited to Nintendo by Gunpei Yokoi in 1972 to work on projects that Nintendo’s existing staff didn't have the expertise for. The first of these was also Nintendo’s first arcade game: a light gun game known as Laser Clay Shooting System that was to be installed in disused bowling alleys.

Uemura went on to become the head of his own R&D team (Nintendo R&D2), where he led the development of Nintendo’s first home console the Color TV-Game, which was released as a series of five dedicated systems from 1977 to 1980. Then, in 1981, Uemura received a drunken phone call from then Nintendo CEO Hiroshi Yamauchi, asking him to create a cartridge based system capable of running Nintendo’s hit 1981 arcade game Donkey Kong. This system would be released in 1983 as the Famicom, becoming the NES when it came to American markets in 1985. Uemura would continue working with the NES throughout its seven year reign, heading design on the “Zapper” light gun peripheral (based on the technology behind the Laser Clay Shooting System) and the Famicom Disk System (a Japanese-only add-on that allowed the Famicom to run floppy disks). He also produced a number of games for the system.

In 1990, Nintendo released the Super Famicom (the SNES in America), Uemura’s sequel to the Famicom and NES. Following the SNES’s release, Uemura would lead development on the Satellaview, a Japanese only, satellite modem add-on for the Super Famicom capable of downloading games broadcast by radio, and would act as producer for a number of games released on the Satellaview.

Uemura would go on to produce a handful of games for the Gameboy Color and Gameboy Advance (including the first gyroscope enabled handheld game) before retiring from Nintendo in 2004. He then became a professor at the Graduate School of Advanced Science and Technology at Ritsumeikan University in Kyoto. In 2011 he became the first director of the Ritsumeikan University Center for Game Studies, the only institution of its kind in Japan.

Gaming couldn’t be what it is today without Uemura and his team; We have a lot to thank him for. Why not come to the archive and play some NES/SNES games in his memory? We have a number of games that Uemura was involved in, including:

Or why not give the NES Zapper a try? Duck Hunt is the quintessential NES Zapper game, but the following are also compatible:

Or, if you’re feeling adventurous, come and try the NES and SNES as originally designed. We have original Japanese  Famicom and Super Famicom systems available for play.

The Arcade Machine That Made (And Nearly Broke) Nintendo - Kotaku

A Tribute to the Nintendo Engineer Masayuki Uemura - New Yorker