Are you wishing you could be playing board games in person with your friends? You're not the only one.

Being able to sit around a table with friends is a great way to socialize with fellow gamers, and would normally be a popular activity in the CVGA. However, circumstances like quarantine, geography or other factors can make this difficult. And thanks to technology, it's not the only way to enjoy them.

The Online Games page on our research guide lists several online platforms that can be used to play board games online with friends. Today, we're going to review one of those platforms, Boardgame Arena(BGA).

Depending on your preferences, you can play a simple game, try to get the best score of all using Arena mode, or sign up for tournaments. Playing a simple game is by far the most common and casual way to play. 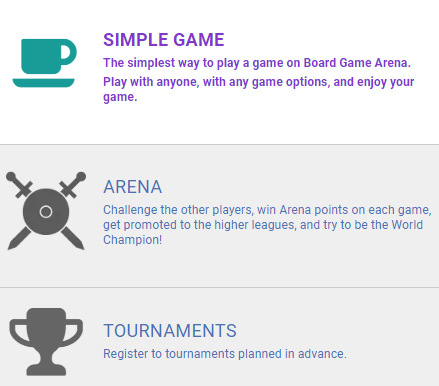 The platform also adjusts to style preferences like playing one game in real-time, versus the option to play multiple games at once at a more relaxed pace over the span of several hours. Both options are helpful in accommodating the amount of time you have to play, as well as the pace of play that you prefer. 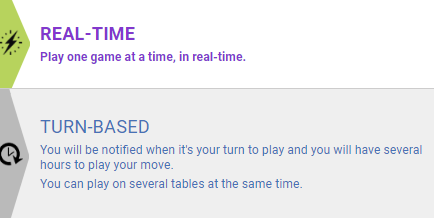 You can also choose to play with just the people you know (friends), versus playing random players. There are options to manually create or join an open game, or have the platform automatically select players for you based on matching their preferences to the options you've selected for the game you want to play. 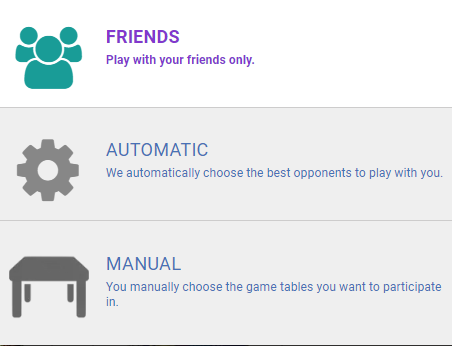 BGA is popular with players from all around the world and is available in a pretty impressive array of languages, so you can really get a diverse range of players around a virtual table.

If you sign up for a free account on BGA, there are a good selection of games to play, many of which are classic abstract games and card games. A few examples are pictured here, including: 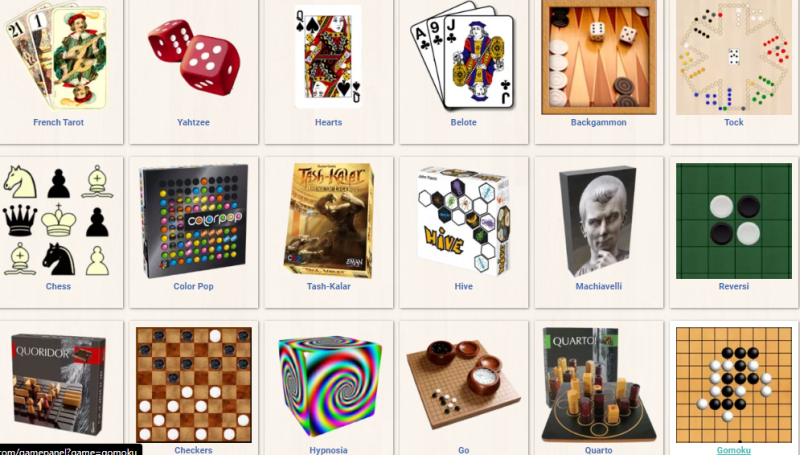 The interface for each game is pretty simple and clean. Game scoring and other elements are often automated for faster and simpler play.

In some cases, the automated interface changes the challenges of the game slightly as well. As an example, the game Hanabi is available as a free game. The clues given to you by other players are pictured on your cards so that you don't have to remember them. By contrast, if you were playing the game in-person, each player would need to remember clues that were previously given without help. 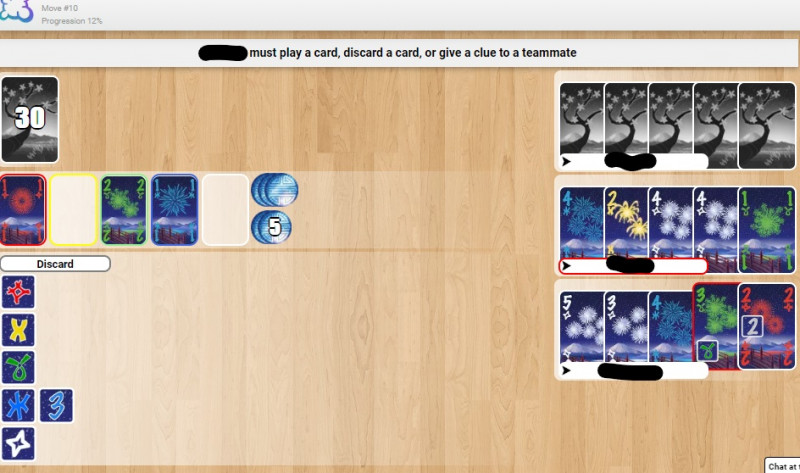 If you choose to upgrade to a premium account, many more games are available to play, mostly the more highly rated and popular ones. While a premium user is needed in order to start a premium game, users with free accounts are then able to join the game without restriction. This makes premium games fairly accessible to everyone in your gamer group, as long as at least one person becomes a premium member. It's also available at a very reasonable price.

As examples of premium games, both 7 Wonders and Sushi Go are pictured below. Both include an automatic scoring feature, which makes the games progress more quickly. It also frees up players to focus on the strategy of the game rather than a bunch of bookkeeping, which may make the game more fun for players that normally balk at having to keep all of the scoring straight. 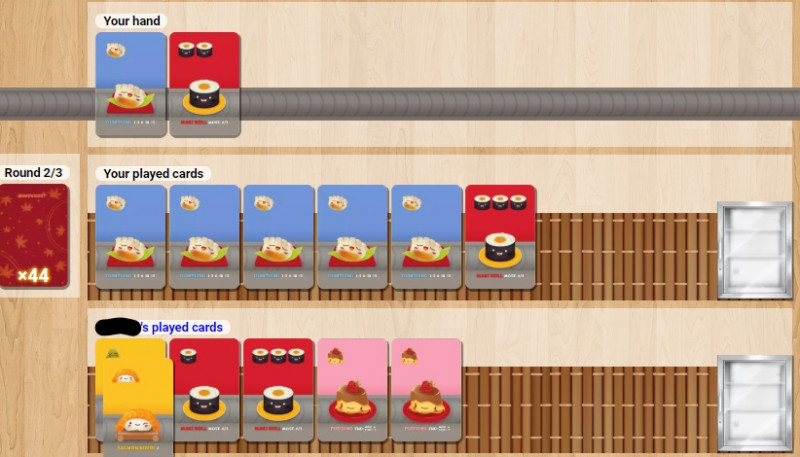 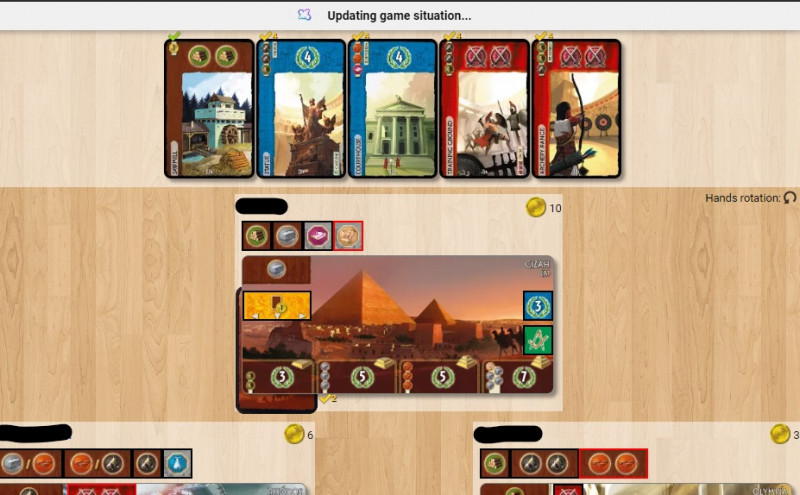 Other Factors to Consider

BGA offers a text chat function for people to communicate at game tables. You can also send out a message to everyone on the platform. In addition, the Community tab offers other options for communication, such as creating a group for certain friends and then leaving messages for just the group.

In addition to the text chat function, which is available for free, premium members can also start a voice chat or video chat amongst people participating in a game. I haven't tested the video chat function, but the voice chat function works fairly well. Its main advantage is that it's located directly within the interface, and doesn't require setting anything up outside of BGA. However, it's also very possible to set up a voice or video chat using using tools such as Zoom, Discord, or a variety of other options, some of which are listed on the Online Games page of our research guide.

A last factor to consider is that BGA servers can be much busier at certain times of the day and night, which can affect the speed at which games progress, as well as functions like voice chat within the interface. Since BGA is especially popular with European gamers, the busiest times often fluctuate most based on European time zones.

The pandemic situation has also led to many gamers flocking to BGA for their board game play, and while this initially overloaded their servers, the problem has now been largely rectified.

Boardgame Arena is a very reasonable option for people who want to play board games with friends online. It's especially well suited for games with elaborate scoring, which is taken care of automatically. The free account offers enough games to make it worth one's while, while the premium account is very reasonably priced and offers many more options for game play.