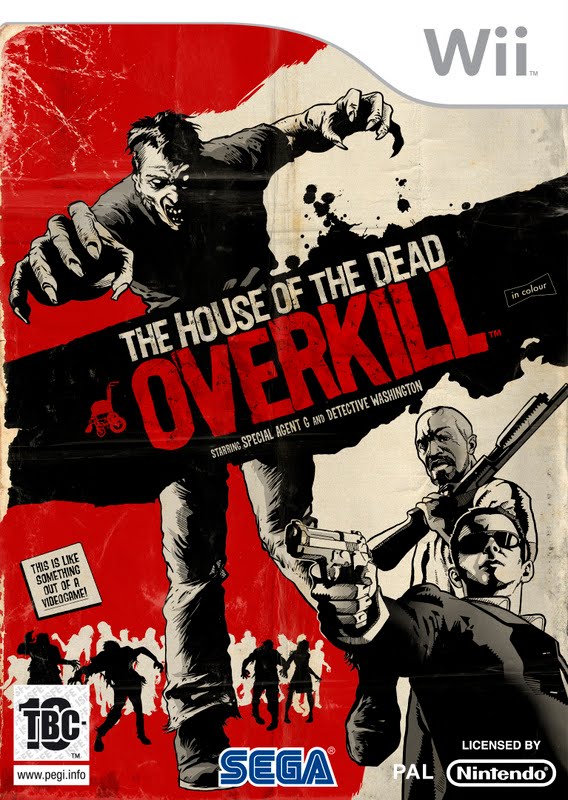 On our shelves we have around 1400 titles available for your gaming pleasure. And having worked at the CVGA since we opened in August 2008 I feel confident enough to say that if we took out Halo, Call of Duty, Smash, Fifa and NCAA Football people would have no idea what to play. I intend to use this space to introduce (and hopefully sell you on) some of the very awesome games we have in our collection that rarely get any play time.

For example, House of the Dead: Overkill, a Wii-exclusive rail shooter, and surprise hit of last year. It’s an over-the-top, gore- fest balanced with humor and style done very much in the spirit of Robert Rodriquez’s Grindhouse. SEGA rebooted the House of the Dead franchise in an attempt to introduce a 'hardcore' gaming title for the Wii and to that end I think they succeeded. The game is hilarious, as in I've honestly never laughed so hard at a game in my life (and I'll tell you that working here I've seen a lot of games). So if you play this game, please, please watch the cut scenes! Recognized both by Yahtzee (of Zero Punctuation fame at http://tinyurl.com/yc9rz5u) as being one of the best games of 2009 and by the Guinness Book of World Records for dubious honor of breaking the record for most swearing in a video game (http://tinyurl.com/ybuna8j) it’s a game you don’t want to miss if you’re a fan of the zombie genre, shooters, or are just looking for something more interesting than Mario or Smash on the Wii.