by Val Waldron and Zachary Beck

The CVGA has now been serving students, faculty, staff and the public for over eight years. From its founding to today, the CVGA has attracted press attention for its unique service. In honor of U-M’s 200th anniversary, we’d like to highlight the CVGA’s growth through a sampling of press articles as well as memories from our own blog.

“The time was right to get something like this off the ground.”

When we first got started in the Summer of 2008, we had a pretty short list of games in our collection, most of which had been donated to us by folks to wanted to contribute to the cause. We had a copier nook converted into a functional archive space, and started moving in in August & September. In November 2008, we had our grand opening.

“Video games are moving out of the dorm and into the library.”

Over the next few years, our collection started to steadily grow with a combination of game donations and a budget for buying newer games as they’re released. In fact, it grew so much that we ran out of space and ended up moving to a larger space in the basement of the Duderstadt Center. With the larger space came room for things like tables on which to play board games (cue a new subcollection of board games), a separate room for music and dance games, and space to showcase our game ephemera. We also had space to start holding more class sessions in the CVGA. During this time, our video game archivist Dave started adding more video game supporting materials to the library stacks.

“Since its inception, the CVGA has worked to make it easier to incorporate video games into curricula.”

By 2014, the CVGA had established itself on campus as a place to support video game-related research, which was steadily growing on campus. Our collection continued to fill up our archive space with more games and systems to support them. The scope of our collection also continued to expand as we ventured into the world of collecting mobile games.

“Approach the archive's desk, hand the attendant an ID — student or otherwise — and the whole history of computer gaming becomes available.”

Now, our collection has grown to over 6,000 cataloged game titles, which includes physical games that are browsable on our wall of games, as well as over 900 downloaded titles available on our game systems and computers. The list of examples of individual research projects as well as class sessions taught in the CVGA continues to grow, as well as classes related to video games being taught all over campus. We can’t wait to see how studying video games on campus (and in the CVGA) will evolve over the next 200 years! 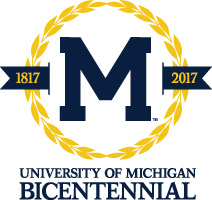