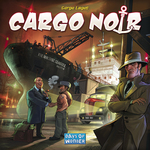 Cargo Noir - In this auction-style game, the players are 'merchants' in a 1950s noir setting, earning money by smuggling various goods. But the money you earn has to be laundered and turned into goods like yachts and vacation homes.

Chrononauts - In this card game, the players are time travelers from different timelines, who must alter the course of events to make history correspond to their home timeline in order to return home. 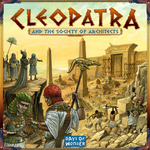 Cleopatra and the Society of Architects - Take on the role of a builder in ancient Egypt. You can get ahead of the other players by dealing with shady characters and shoddy materials, but at the end of the game the player with the most corruption loses!

Dominant Species - Players take on the role of one of six major species: mammal, reptile, bird, amphibian, arachnid or insect; and battle it out for ecological supremacy as the ice age approaches. The game can be long (3 hours or so) and complex, but the innovative board design is extremely helpful in guiding you through the game play.

Galaxy Trucker - Build a spaceship out of junk and spare parts, then race across the galaxy against the other players, competing for mining resources and battling pirates. 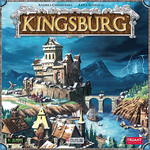 Kingsburg - An innovative dice game in which the players are Lords trying to secure the favor of the king's court to gain natural resources and protection from invading monsters. Rolling high helps, but also does the strategic placement of your dice.

Nuns on the Run - Most of the players are novices, sneaking through the abbey at night in order to fulfill their secret wish. The other player takes on the role of the Abbess & Prioress who are trying to catch the novices and return them to their rooms. The gameplay involves secret movement and genuine tension. 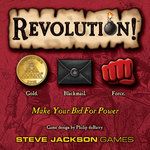 Revolution - In this secret bidding game, the players are revolutionaries in a enlightenment-era city, attempting to gain influence over the town guard, the printer, the bishop, and others through bribes, blackmail and force. 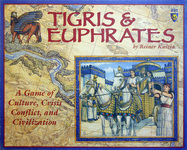 Tigris & Euphrates - In the ancient fertile crescent, whose kingdom will reign supreme? Players gain points in four areas: farming, trading, religion, and government; but it's the player whose smallest score in those four is the highest that wins, forcing players to approach the game with balance.

Come by the CVGA today to play these or other games, and meet other board game fans!