Very busy this past week: Ordered lots of stuff: games, consoles, displays, controllers, etc. Should start arriving in the next week or two. Fielded questions from folks in cataloging and acquisitions. We're doing lots of things that fall outside the normal work flow so many decisions have to be made.

Yesterday we received our first item purchased (as opposed to donated) for the gaming archive: A Nintendo Wii. Spent about 30 minutes this afternoon hooking it up to make sure that it all works—it's a rough job, but somebody has to do it!

I've been pretty busy working on the game archive over the past week. Some highlights: Got the collection fund set up and started ordering games. I've ordered over 40 games so far, including games for PS3, Wii, Xbox 360, and Windows. Hopefully we'll have stuff through the acquisitions-cataloging-labeling pipeline in time for fall semester...

Managed to accomplish a few things for the game archive over the past couple of days. 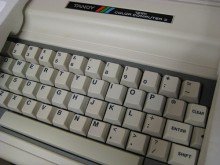 Not much to report this week. Electrical work has started again in the game room. I should soon have an actual budget account so I can start ordering things.One of the things I have to make a decision on is a large flat panel display. We'll be wall-mounting it so that people can play the latest generation games in a group setting.I've read that for gaming purposes, plasma screens are preferable to LCDs, due to the potential of greater lag time with LCD. 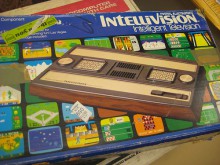 Things are still going slow with the game collection, but they should start to pick up in July as I'll finally be able to start purchasing games and systems and hardware and stuff. No worries, everything is still on track for an opening in mid to late August. In the meanwhile we've received a couple of classic game systems as donations. These are the games from my own childhood!