Posts on November 2014
from Eaten by a Grue 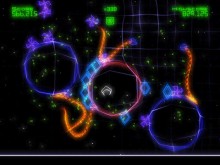 57 new games have been added to the CVGA's iPad.

How Apocalypse is Portrayed in Games

We just finished hosting Nick Harp's English class in the archive, which focused on how the apocalypse (in its various forms) is represented in video games. The class discussion led to several very interesting questions. Which apocalyptic games would you have added to our games list, and why?

Top Games Played in the CVGA in October

Here is our list of highly played games in the CVGA during the month of October. The newest generation of game consoles have more of a presence on our list than ever before, perhaps due to newly acquired highly anticipated titles like Shadow of Mordor and Hyrule Warriors. And it's been awhile since we've seen such a clear lead with our FIFA titles (played 50+ times more than anything else). They've become quite the dominating presence in the archive.