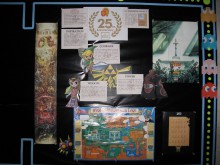 Here are our top played games for the month of June. The usual suspects are in the lead.