Posts on January 2009
from Eaten by a Grue 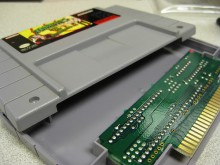 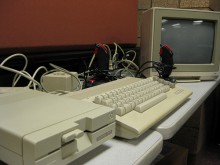 I'd been pretty stoked about Mirror's Edge since first reading about it many months ago, but when I sat down to try to play it I sadly learned that I don't have the chops to effectively manage the controls (I got stuck on an early part of the training!) Yesterday I spent some time in the archive watching a student play Edge. I don't normally get too excited watching someone else play, but Edge was definitely exciting to watch.