Skip to main content
This Wednesday's watermark comes to us once again from the Islamic Manuscripts Collection - one of the papers in Isl. Ms. 44 to be exact. It features a motif of three crescents of varying sizes arranged in a row.

Quite popular among Italian - particularly Venetian - papermakers marketing their products to the lands of the Ottoman Empire in the 17th and 18th centuries, the motif is also known by the Italian designation for three crescents, "tre lune." It was also employed by French papermakers of the 18th century in imitation of the Venetian product and called "Trois lunes". [1]

The motif appears in incredible variety in the watermarks of papers used in Ottoman manuscript codices and documents. Asparoukh Velkov and Stephane Andreev have filled an entire volume with examples. [2]

In Egypt, where Isl. Ms. 44 was likely copied, "tre lune" watermarked paper appears in local court documents as early as 1631. From the later half of the 17th century until the 19th century the paper was quite popular, eventually overtaking other watermarked papers in the Egyptian markets. [3]

On the whole, the three crescents motif is one of the most commonly encountered watermark motifs in Islamic manuscripts. More than 150 volumes in our Islamic Manuscripts Collection feature papers with some type of three crescents watermark, often with several different types in a single volume. A small sampling of these watermarks follows. 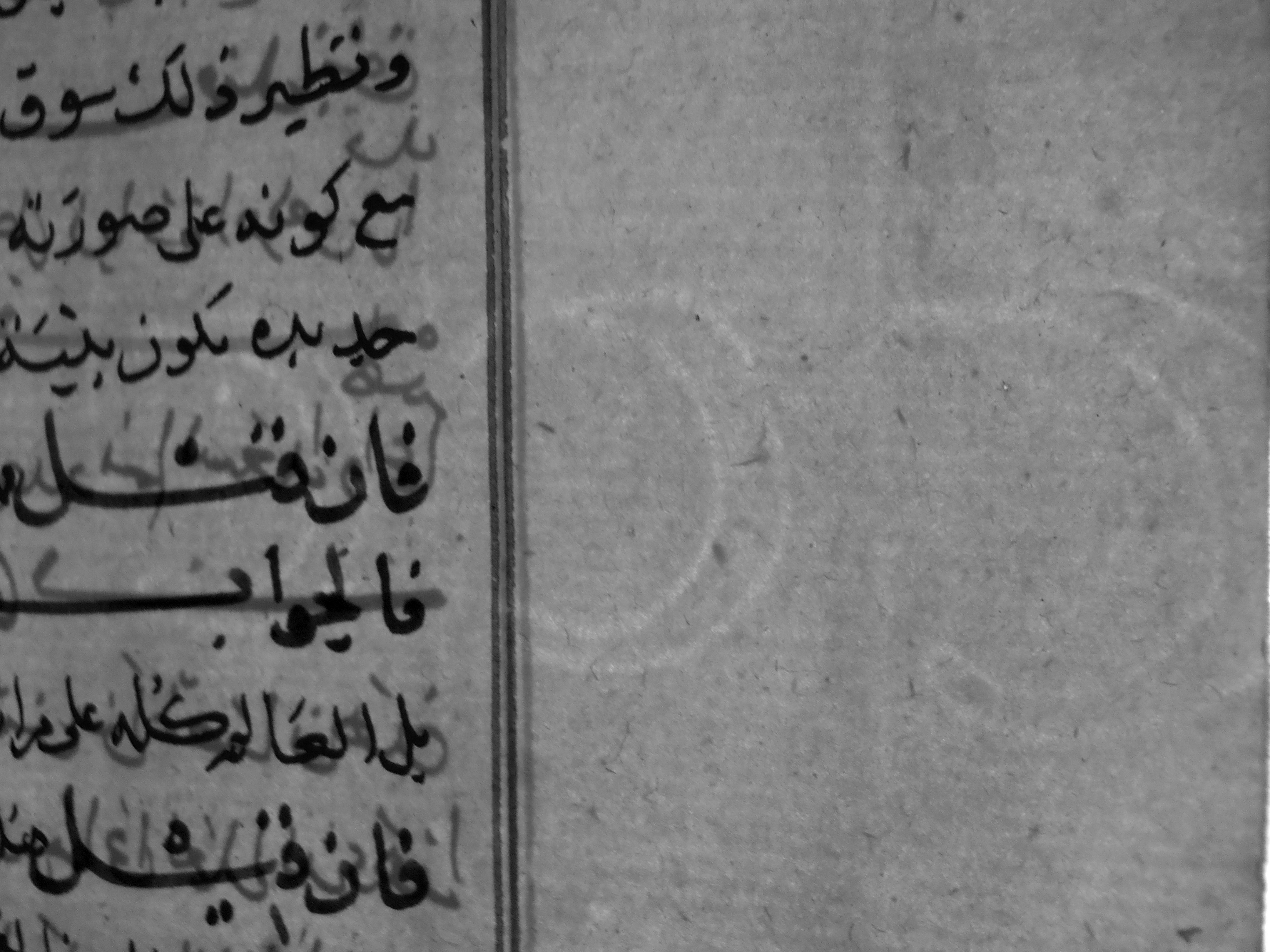 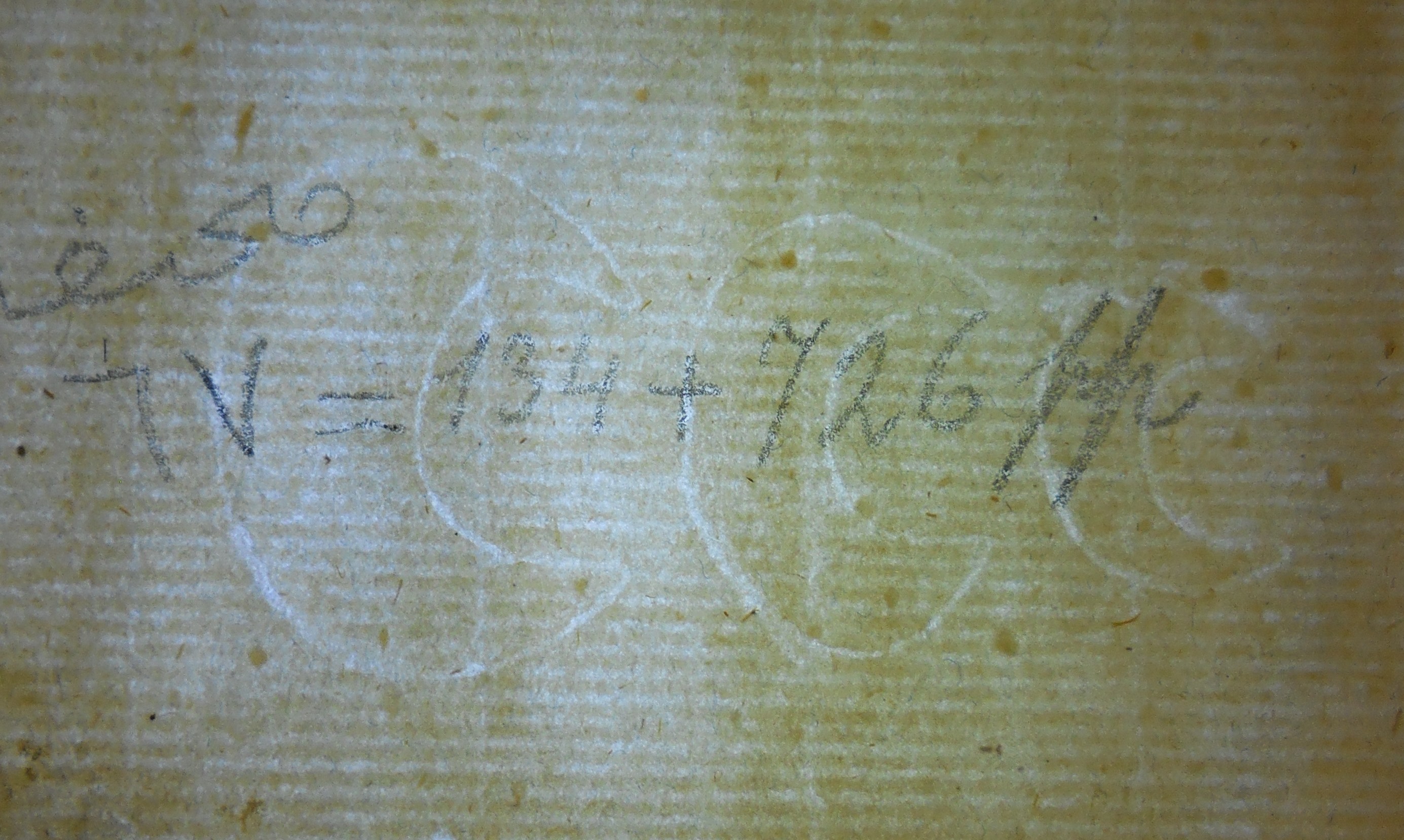 Above: Three crescents watermark in the front flyleaf of Isl. Ms. 589, copied in 1660 in Yemen. 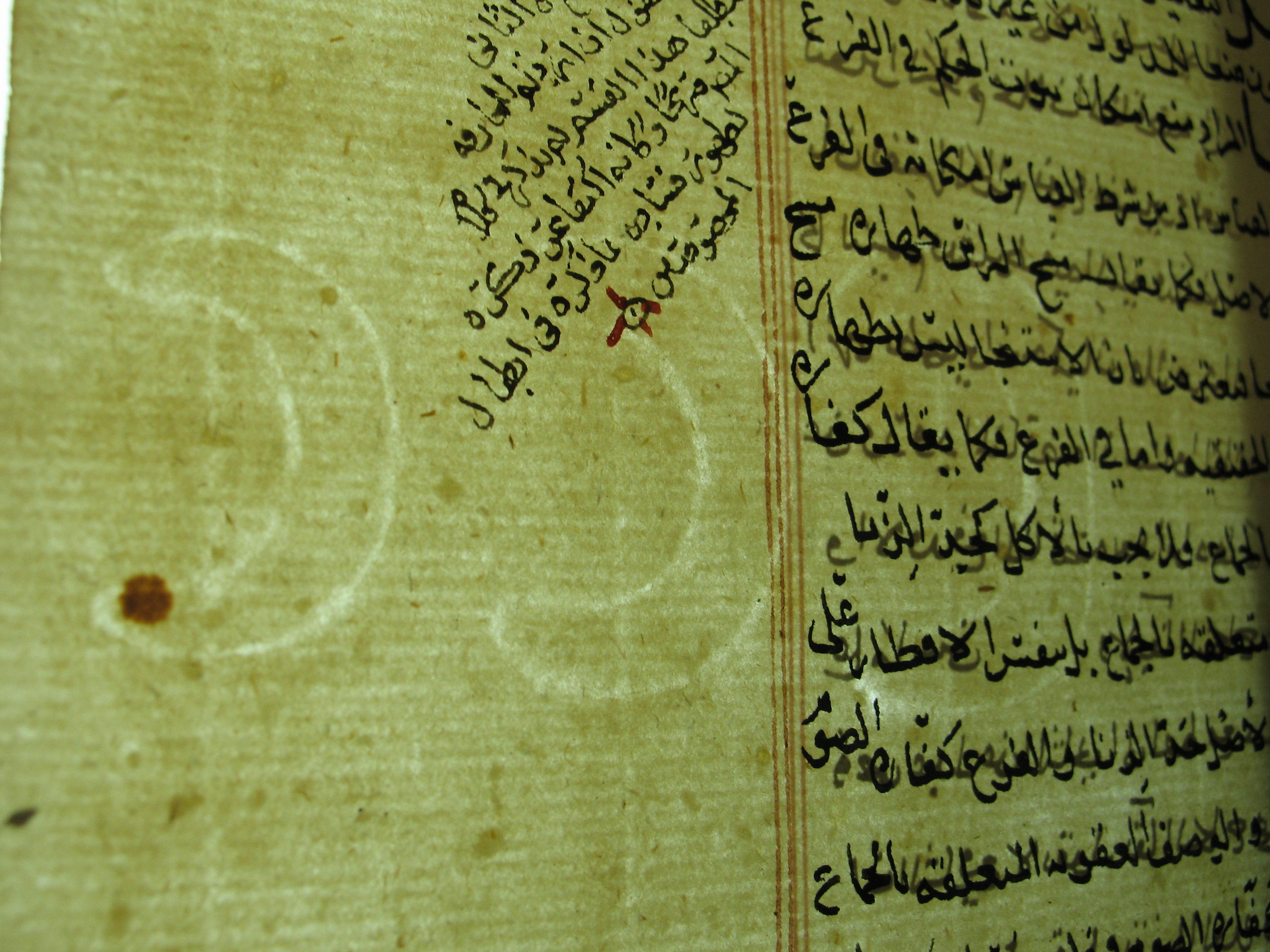 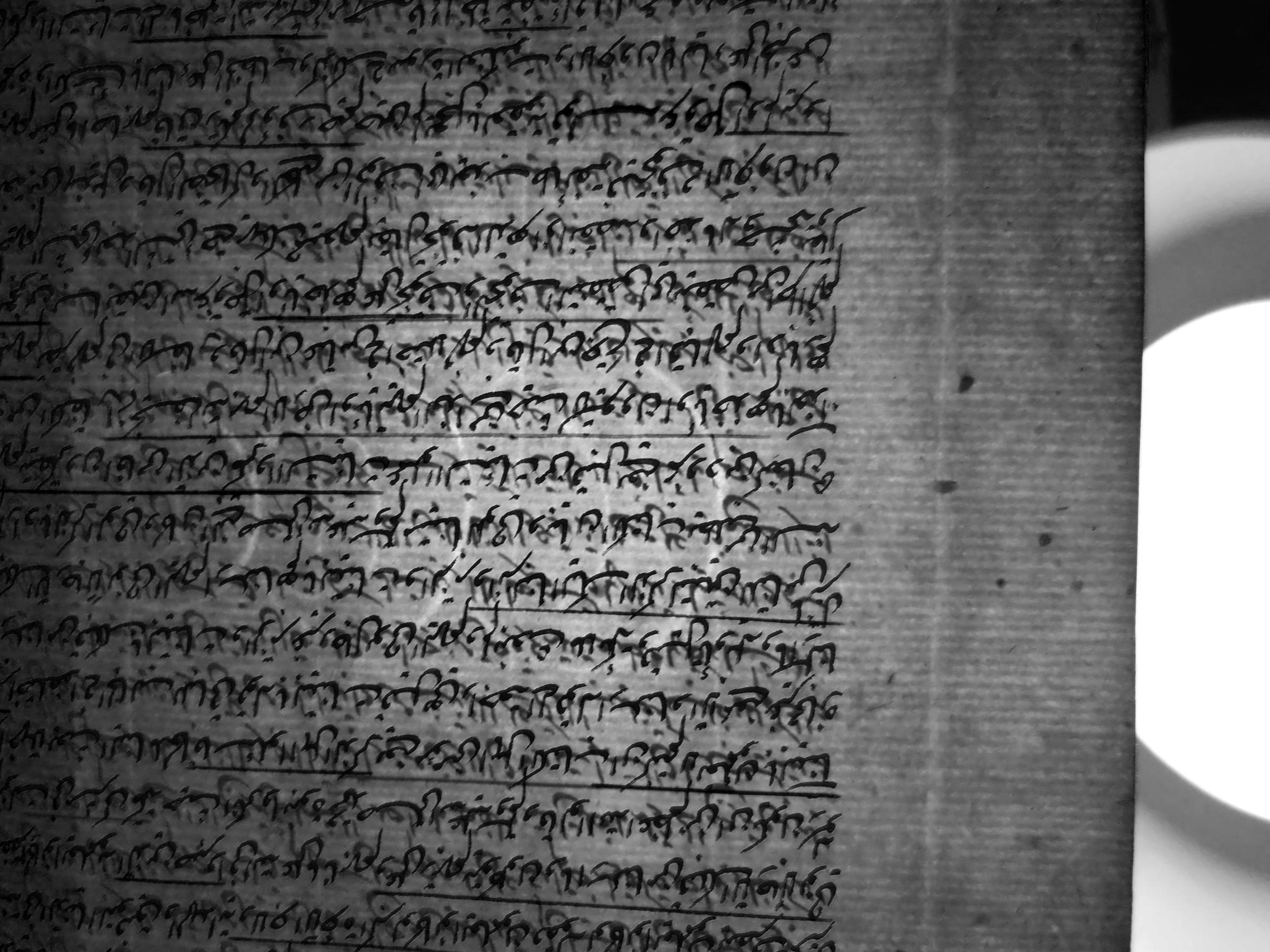 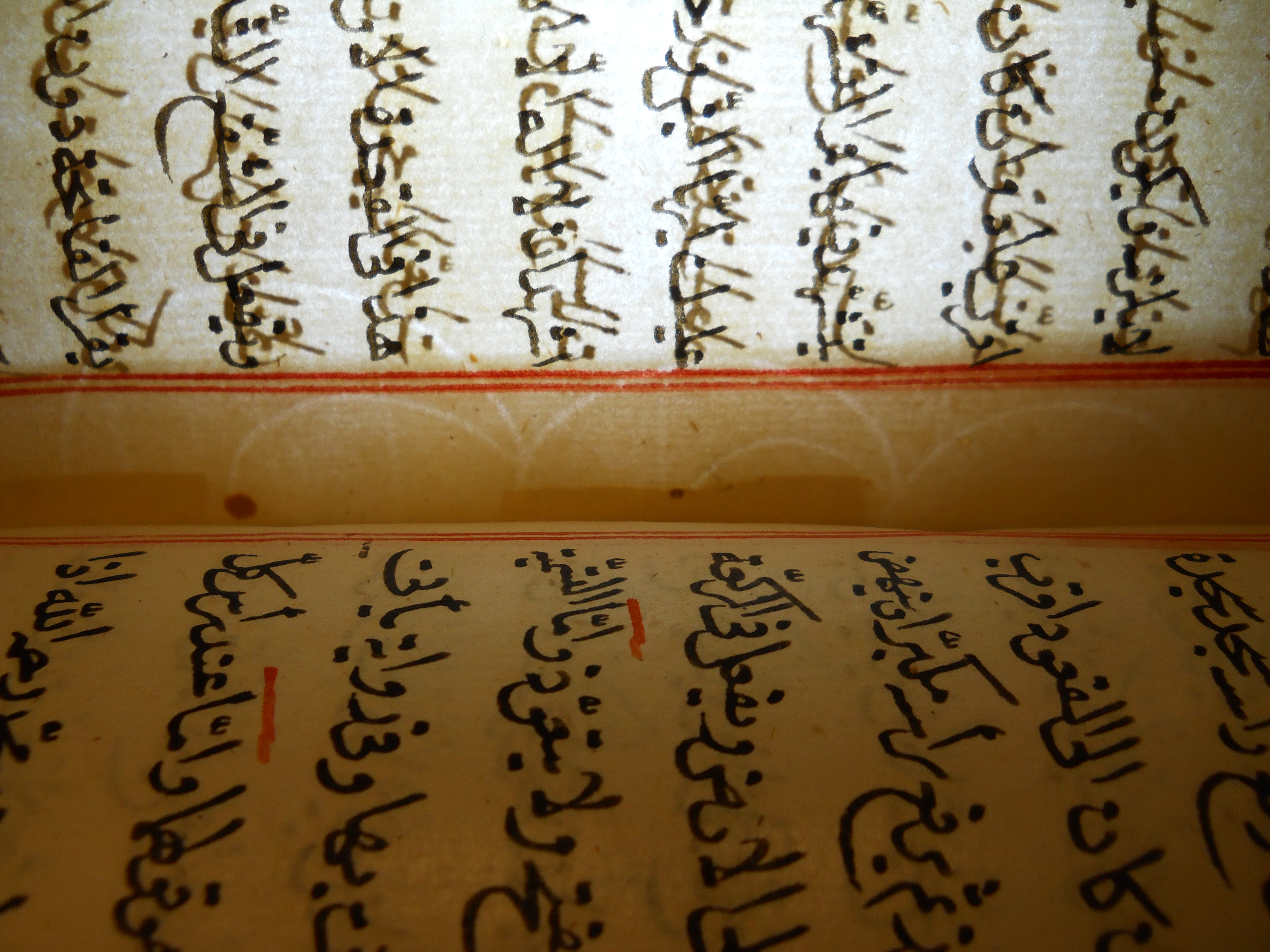 Above: Three crescents watermark visible at the gutter in Isl. Ms. 504 folio 37, in a section of the manuscript copied in 1713. 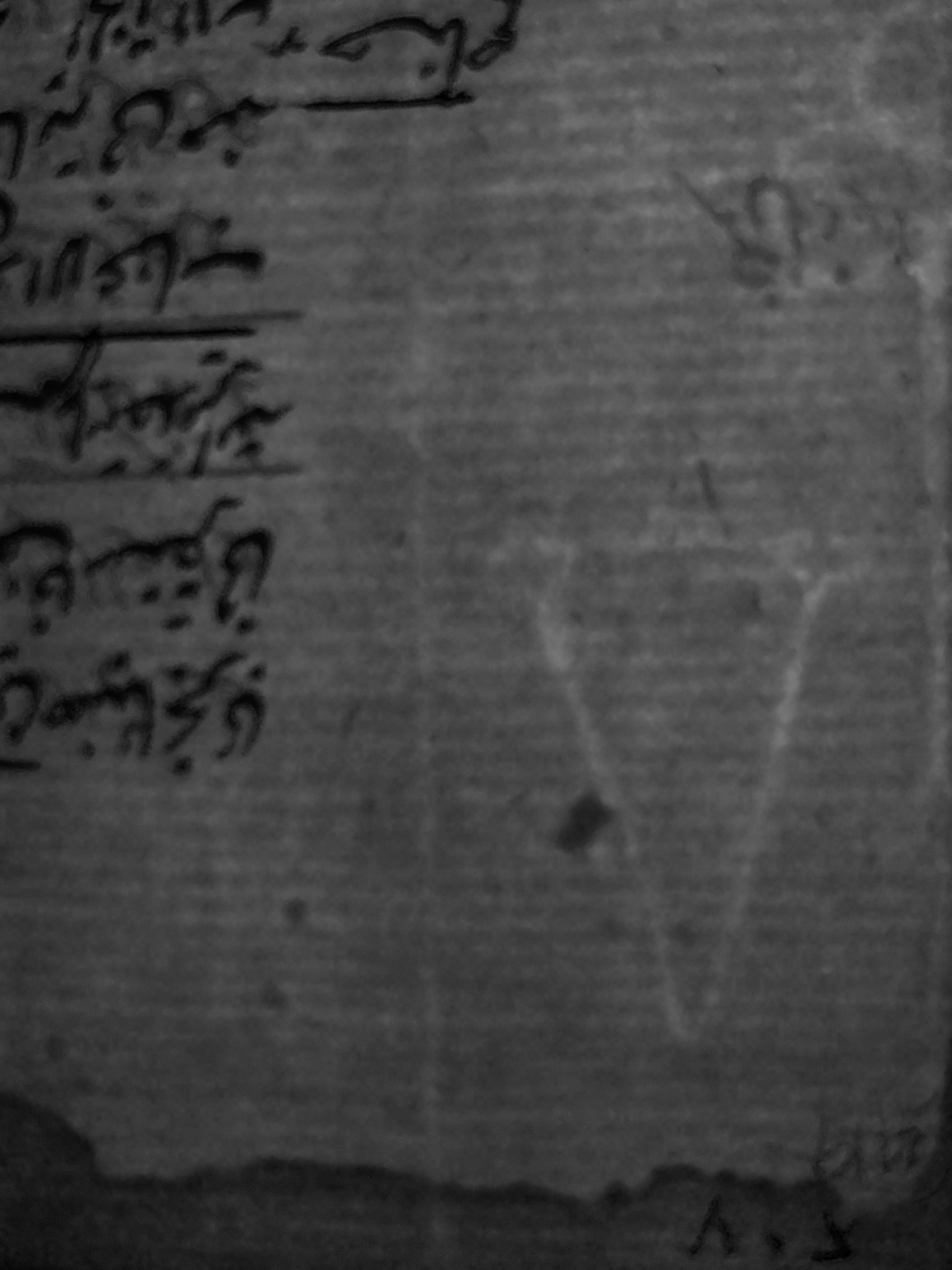 Above: Countermark with "V" visible under trefoil accompanying a three crescents watermark in Isl. Ms. 454.

Can you spot some of the differences in the three crescents marks of Isl. Ms. 44 and the other marks featured above?

[3] See p.80 in Terence Walz, "The Paper trade of Egypt and the Sudan in the Eighteenth and Nineteenth Centuries and Its Re-export to the Bilad as-Sudan," In The Trans-Saharan Book Trade: Manuscript Culture, Arabic Literacy, and Intellectual History in Muslim Africa, Eds. Graziano Krätli and Ghislaine Lydon (Leiden : Brill, 2011): 73-108.