The Midwest Victorian Studies Association (MVSA) held its annual conference in Ann Arbor this year in April, presenting a prime opportunity for us to showcase some of the University of Michigan Special Collections Library’s relevant materials. The Librarian for English Language and Literature, Sigrid Cordell, and student University Library Associate Ikumi Crocoll worked together to create an exhibit that related to this year’s conference theme, Victorian violence.

The exhibit was on display in the Concourse area of the Michigan League. Rather than putting the materials behind glass in cases, we displayed them on tables so that we could turn pages as we talked to the conference attendees. This format allowed us to have a more interactive exhibit where we could answer questions, talk to attendees, and allow them a closer look at other pages they might be curious about.

In putting together the exhibit, we pared down a long list of possibilities to just twelve items by focusing on the theme of violence as entertainment. In order to illustrate the diverse ways that violence as entertainment both attracted and repelled Victorian audiences, we grouped the materials into four sub-topics: violence in serials and sensation fiction, violence in children’s literature, flagellation, and hunting.

Here are a few highlights: 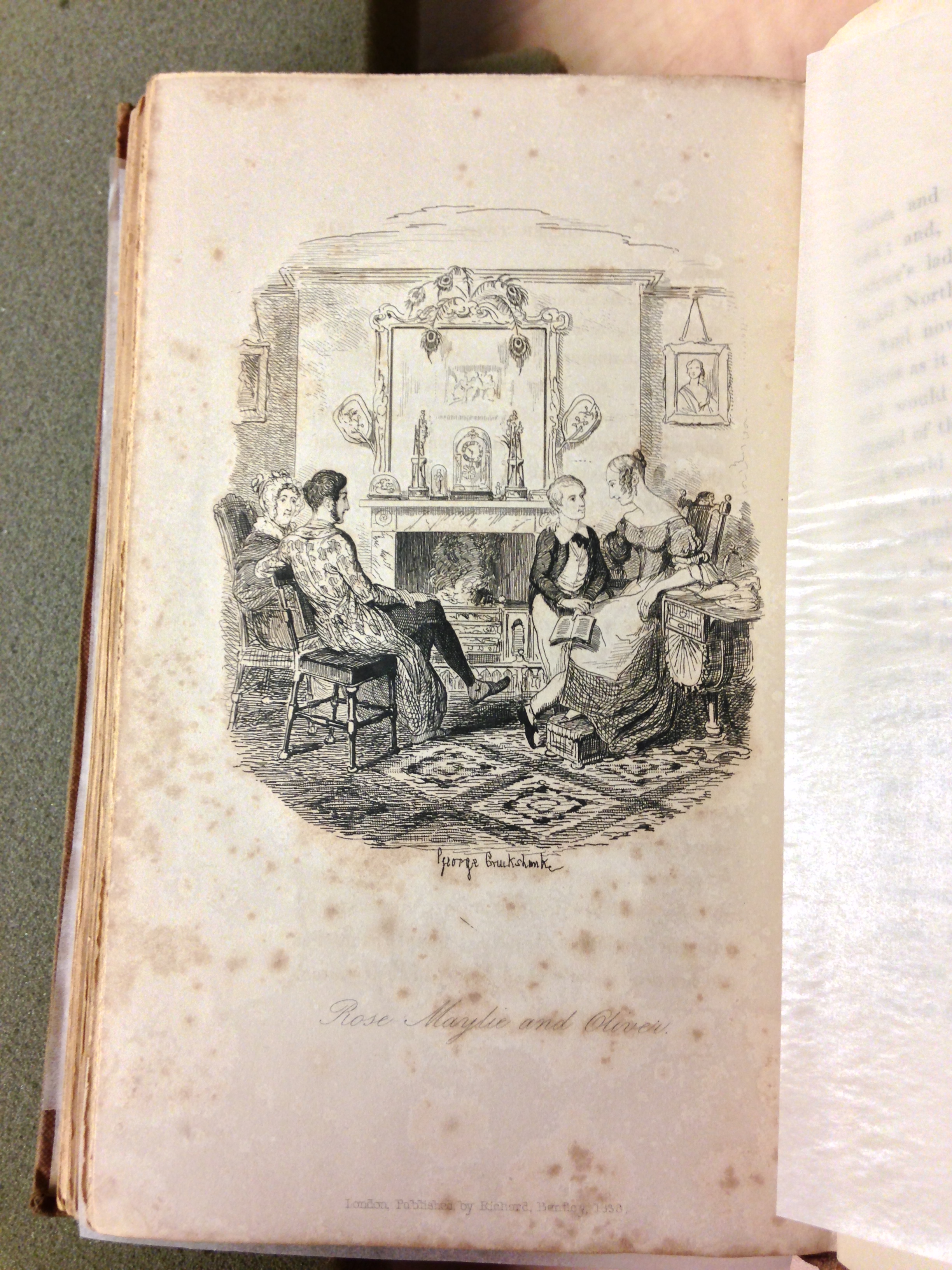 This serialized, first edition includes the Fireside plate by George Cruikshank, which was removed from later editions because Dickens disliked it. 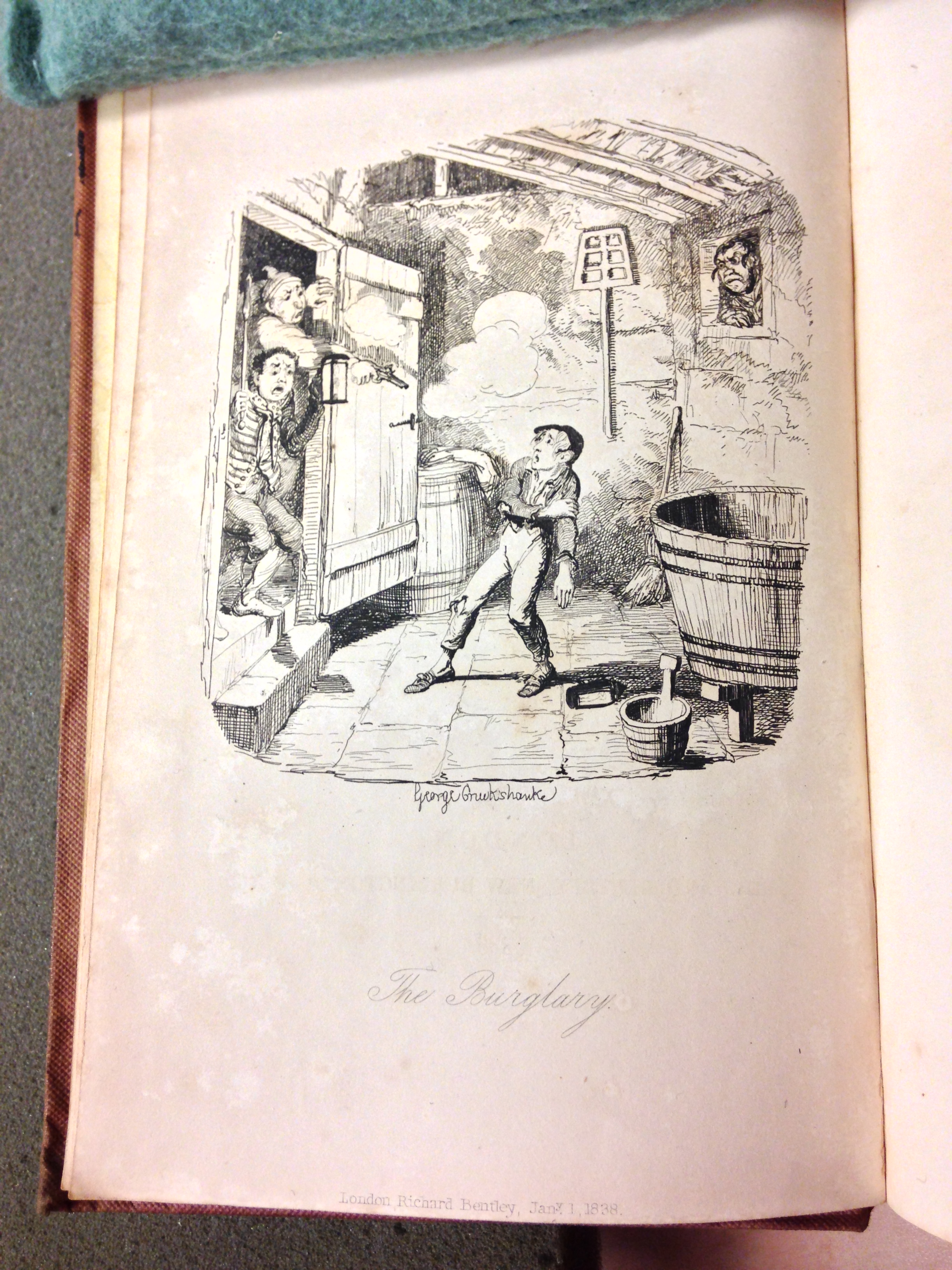 In the image above, Fagin has convinced Oliver to help Sikes in a burglary. A servant shoots Oliver, thereby preventing the pure-seeming Oliver from fully committing this crime. 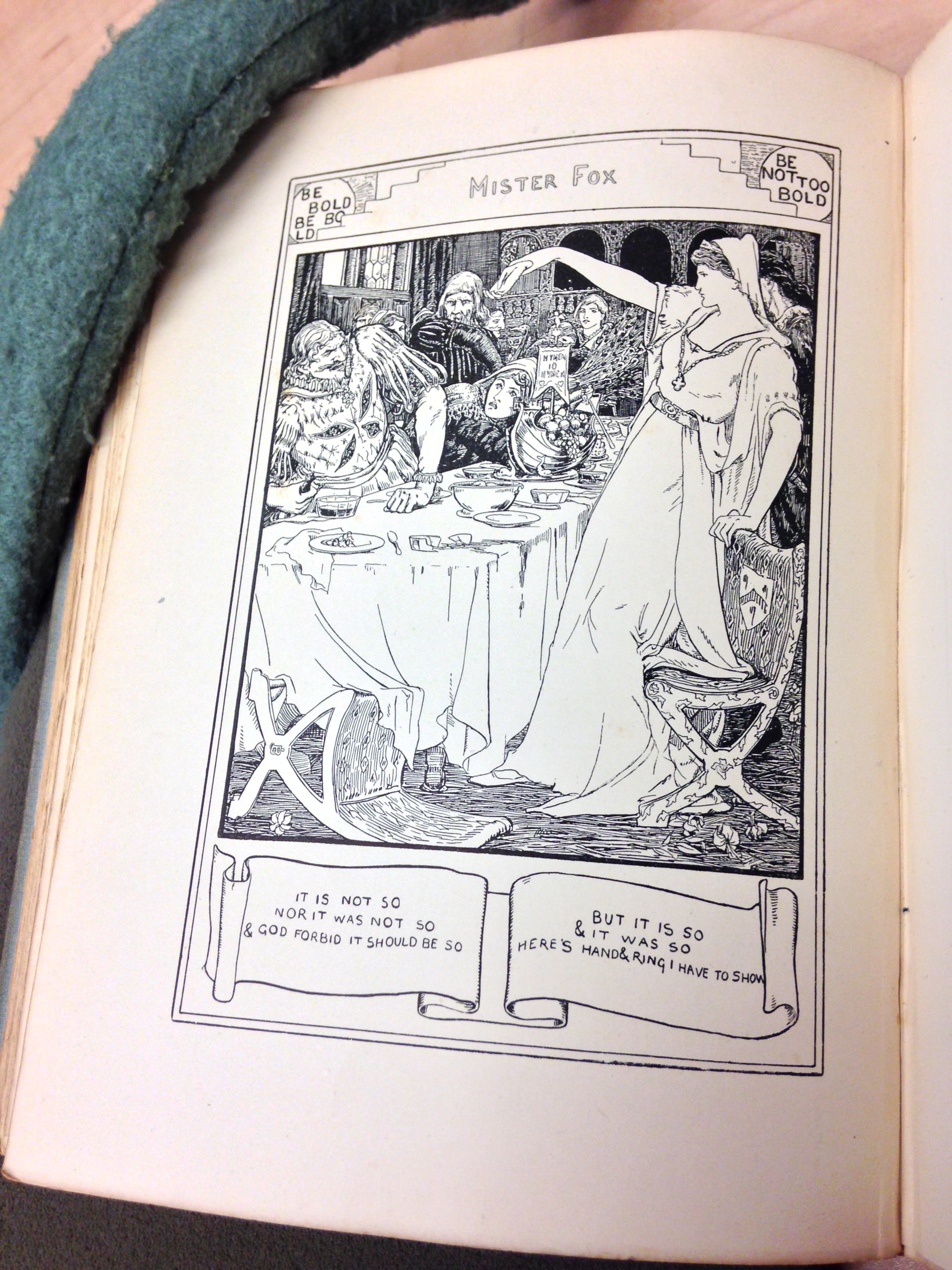 Compiler Joseph Jacobs (1854-1916) was a folklorist, literary critic, and historian, whose notable works included a series of fairy tales, of which this is one volume. This illustration comes from the fairy tale “Mr. Fox,” a Bluebeard-like story of a man who preys upon young women, killing them and keeping their bodies and skeletons in a room in his castle. In this picture, Mr. Fox’s prospective wife, Lady Mary, exposes his violence by displaying the dismembered hand of a lady he assaulted when he could not take the ring off her finger. 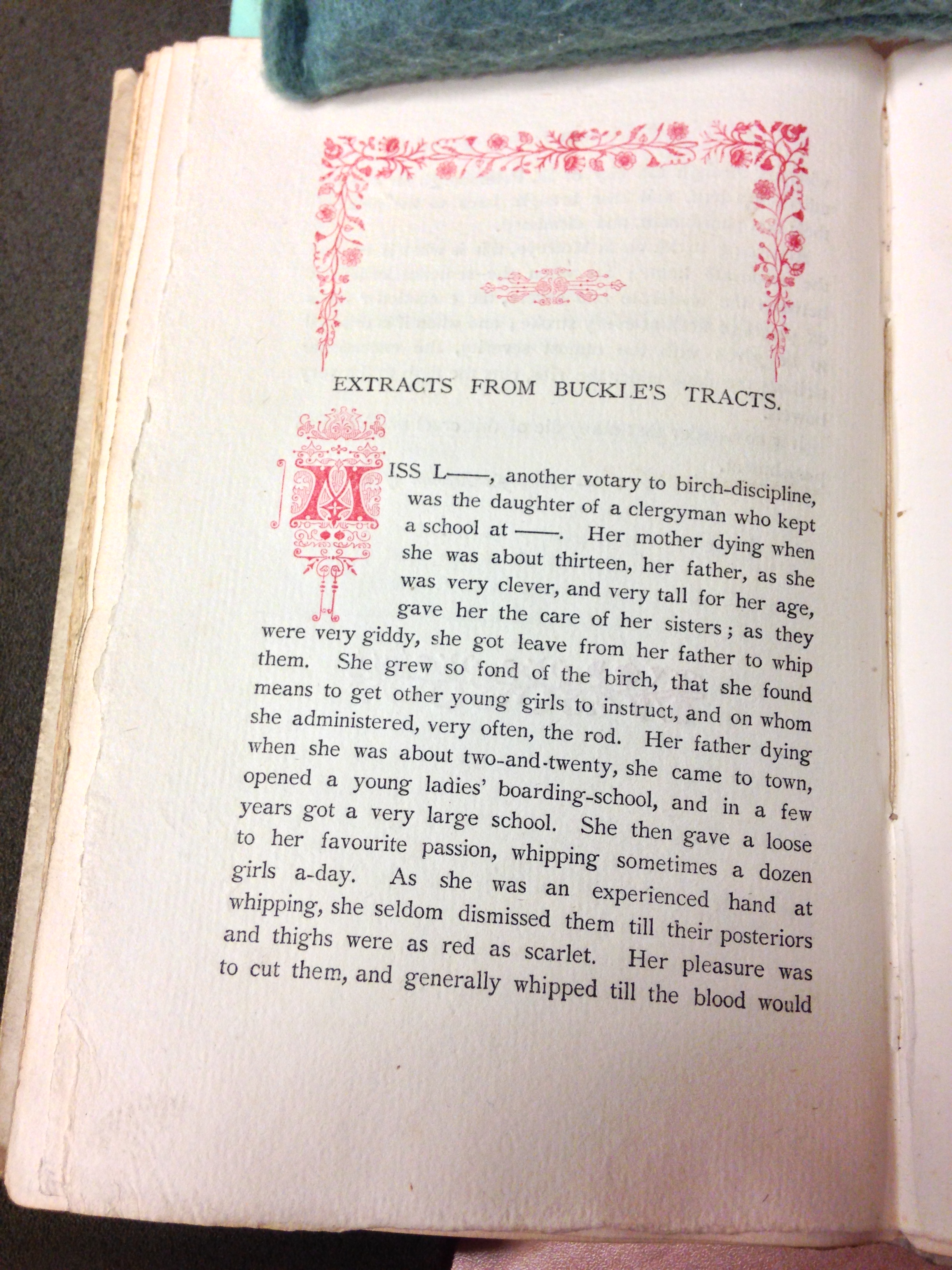 During his lifetime, the poet Algernon Charles Swinburne (1837-1909) produced numerous works reflecting his interest in masochism and flagellation. The Whippingham Papers, published anonymously in 1888, contains a collection of vignettes of corporal punishment being meted out to both boys and girls, almost always in a school setting. The disciplinary acts in The Whippingham Papers often take place in groups where one child is punished before onlookers who delight in the spectacle of a classmate being disciplined.

Nimrod. The Life of a Sportsman. London: Rudolph Ackermann, 1842. 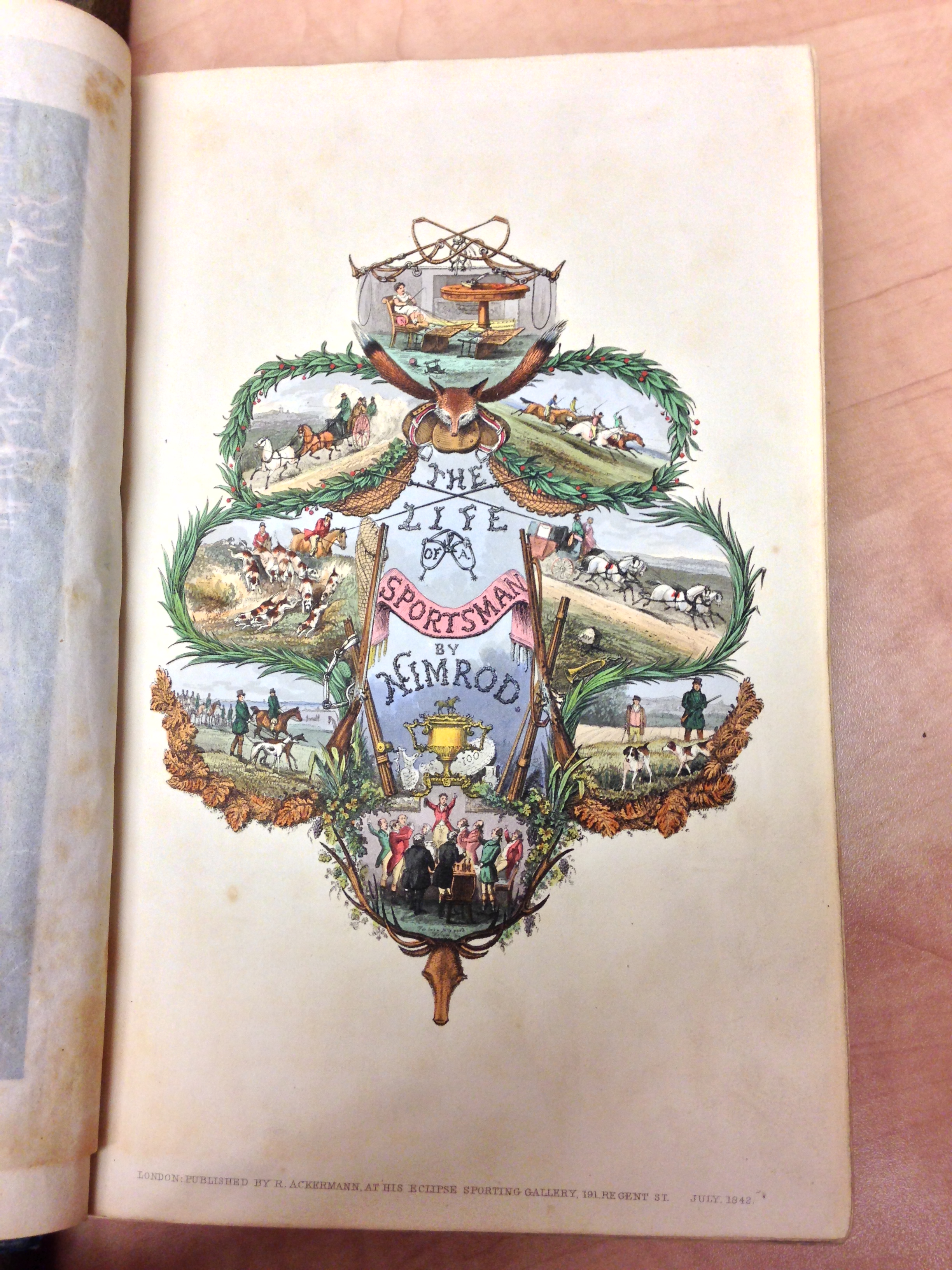 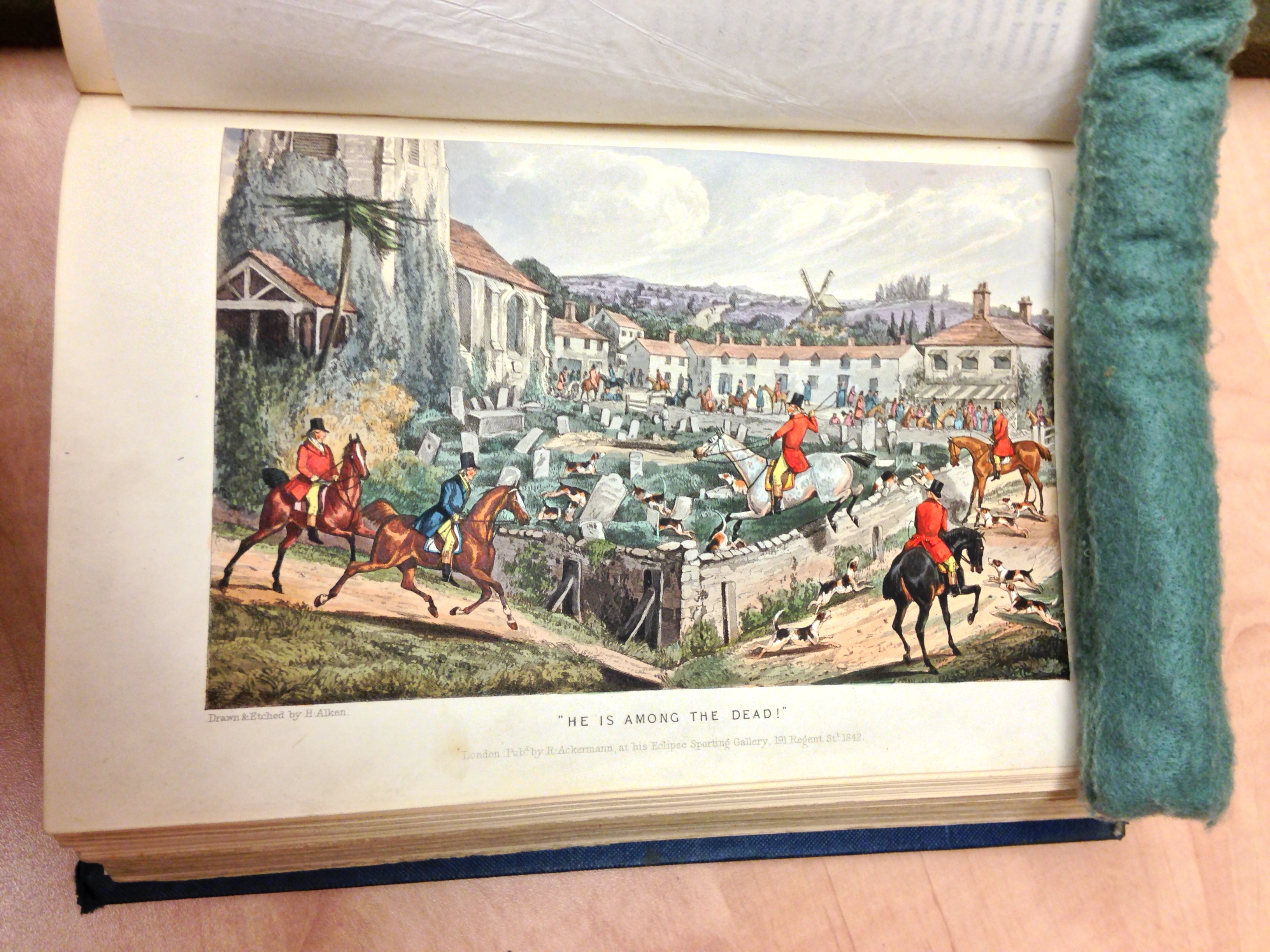 The author, Charles James Apperley (1778-1843), also known as Nimrod, is best known for his writing on sports, hunting, and riding. The unusual scene immediately above from this first edition shows a group of fox-hunters undeterred by the fact that the fox has escaped into the graveyard.

One other item that provoked considerable interest among the Victorianists was Isabel Savory’s 1900 account of her experiences big-game hunting in India:

Savory, Isabel. A Sportswoman in India: Personal Adventures and Experiences of Travel in Known and Unknown India: With Forty-Eight Illustrations and a Photogravure Portrait of the Author. London: Hutchinson & Co., 1900.

For Isabel Savory, the empire offered a liberating space in which to demonstrate her prowess in the traditionally male domain of big game hunting. As this illustration suggests, Savory was both adept at using a gun and athletic enough to meet the physical demands of hunting in the Indian landscape. 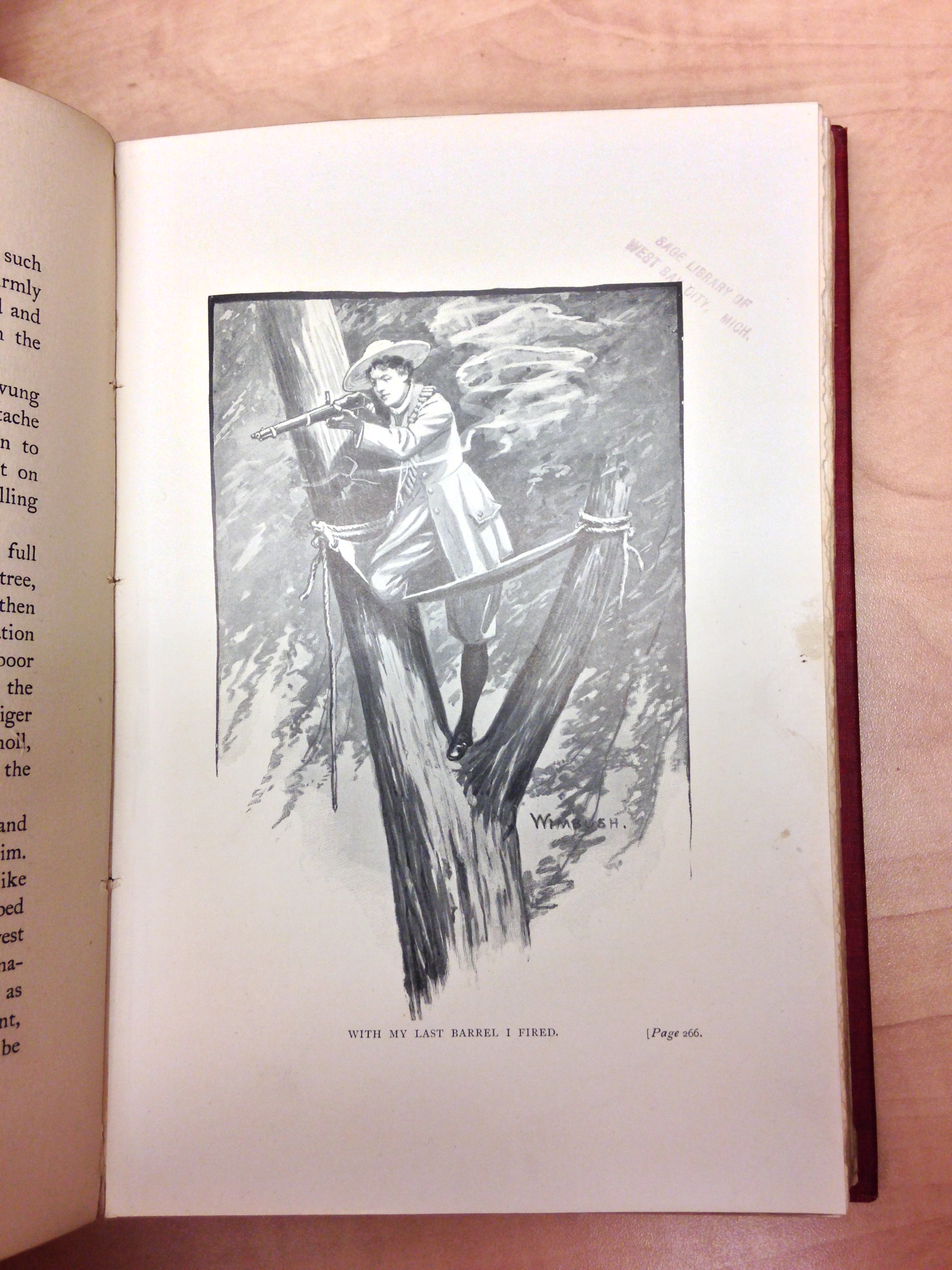 If this post has piqued your interest, try searching the U-M Library catalog for other, similar items: http://mirlyn.lib.umich.edu/.

You can also contact Sigrid (scordell@umich.edu) or the Special Collections Library (special.collections@umich.edu) for further research help on this topic or for more information on the exhibit items.

Thanks to Sigrid Cordell for her contribution to this post.