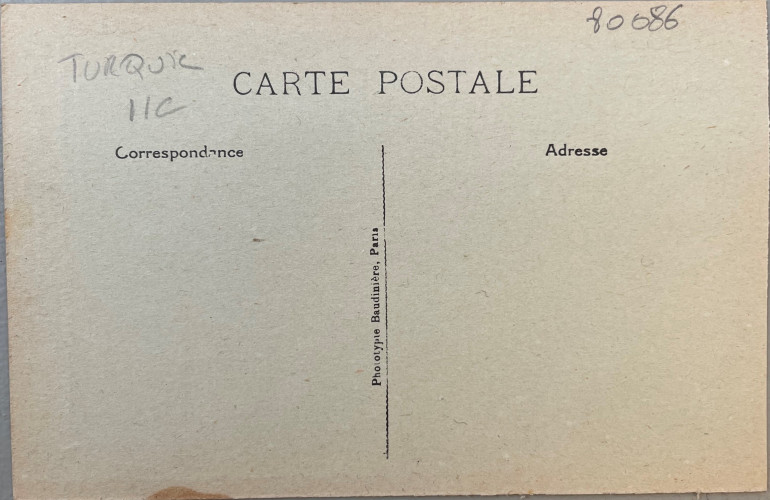 A mother and her daughter walk down a street in Salonica (Thessaloniki, Greece) around 1917, as depicted in this historical postcard newly cataloged and added to our Jewish Salonica Postcard Collection. The mother is in a traditional Jewish dress while the daughter wears a modern Parisian one.

The contrast in their dress style can be explained, among others, by the cultural impact of the Alliance Israélite Universelle – an international Jewish organization founded in Paris in 1860 with the goal of modernizing the Jewish communities spread throughout North Africa and the Ottoman Empire.

By the beginning of the 20th century, the Alliance had already established 9 schools in Salonica. In 1912, another 19 schools had adopted the Alliance school system – for more on the Alliance check out the book by Georges Bensoussan (2020) here.

As the captions in French and English on the bottom of the postcard indicate, the image embodies the encounter of two centuries, the old 19th century represented by the mother's traditional dress, and the new 20th century symbolized in the modern dress of her daughter.

The purchase of this postcard was made with the generous support of the Ileane and Bruce E. Thal Judaica Collections Fund.