For anyone interested in marginalized communities and the progress of social movements, the Special Collections Library has a wealth of primary and secondary resources. Most famously, the Joseph A. Labadie Collection documents social unrest and protest movements from the 19th century to the present day, chronicling the activities and opinions of marginalized groups and including the civil rights movement, feminism, and LGBT issues.

However, the Labadie Collection isn’t the only source in Special Collections for looking at the history of race or gender representations. Examples of institutionalized racism, in particular, can be found throughout Special Collections, and are a reminder that even objects we tend to revere cannot escape their historical context.

For example, the Hubbard Imaginary Voyages collection includes hundreds of editions of Robinson Crusoe, in a variety of languages and formats. The images here are from two recently-cataloged editions. The first, a pop-up version entitled The Scenic Effects of Robinson Crusoe, was published in London, likely during the late 1870s. The second, a simplified verse edition, was published in New York City in 1893. Both feature illustrations reflecting the prevailing stereotypes of both the uncivilized but pure-of-heart “noble savage” and the violent, uncontrollable “ignoble savage.” 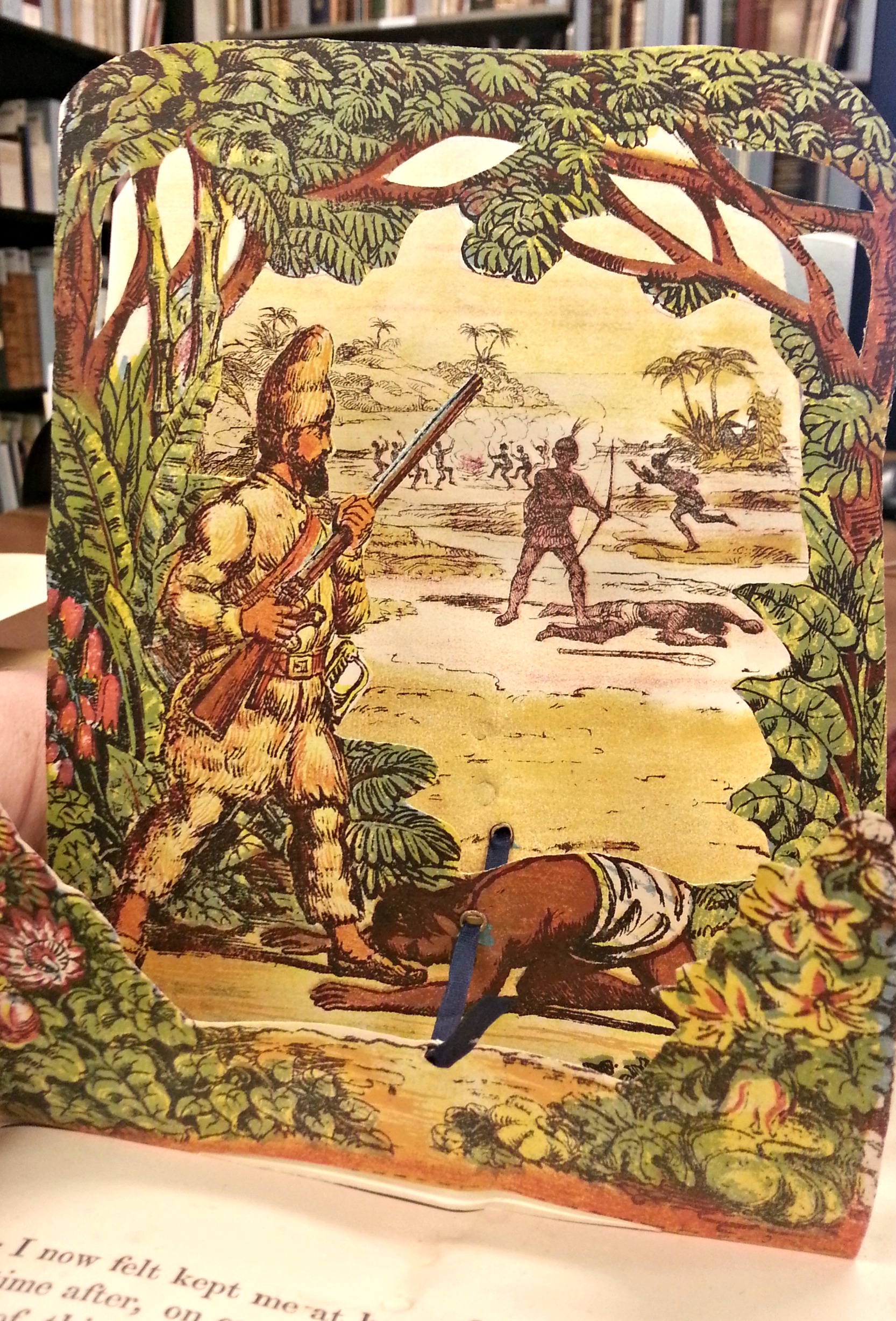 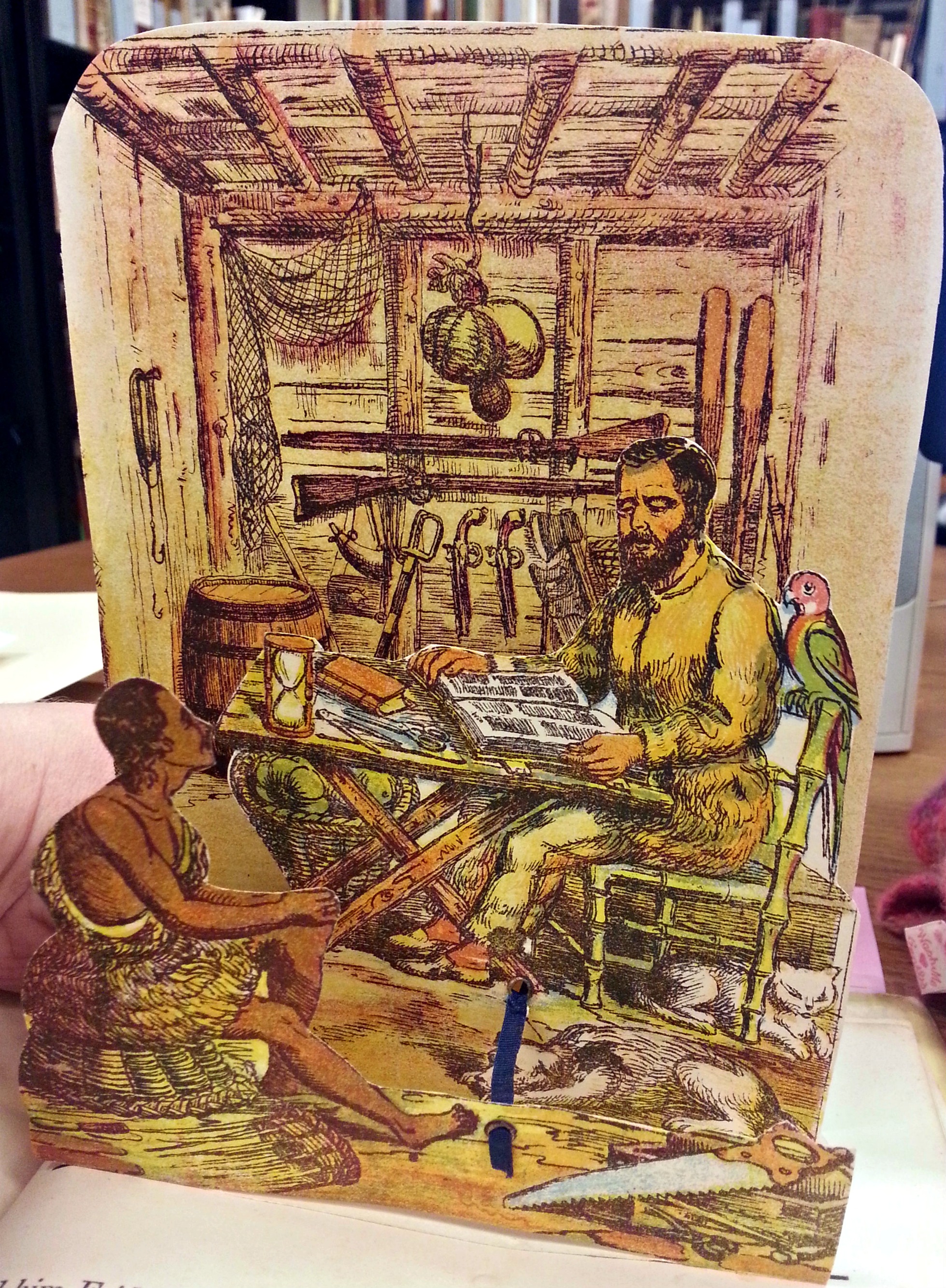 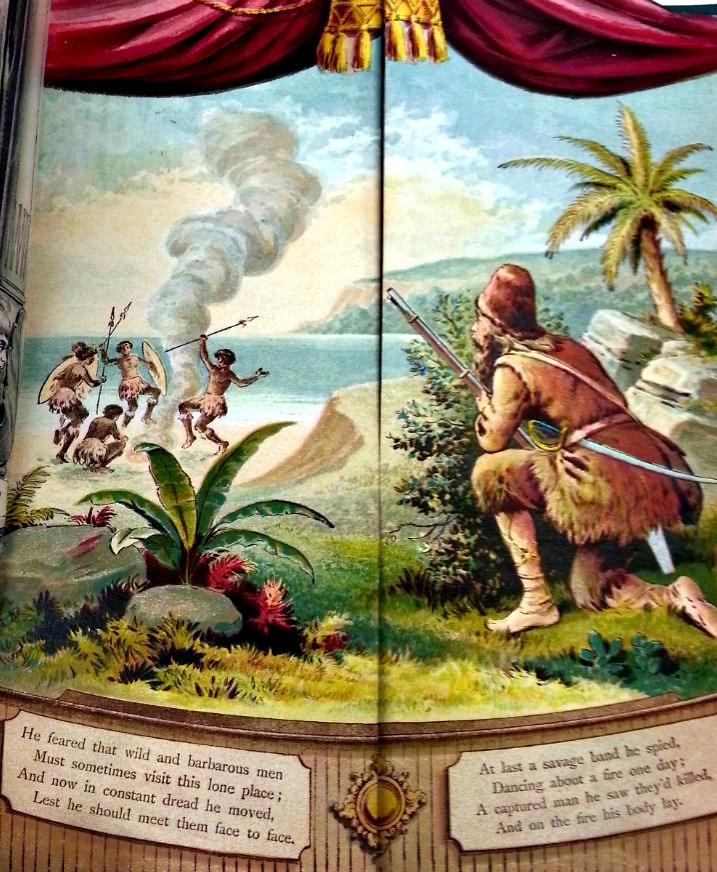 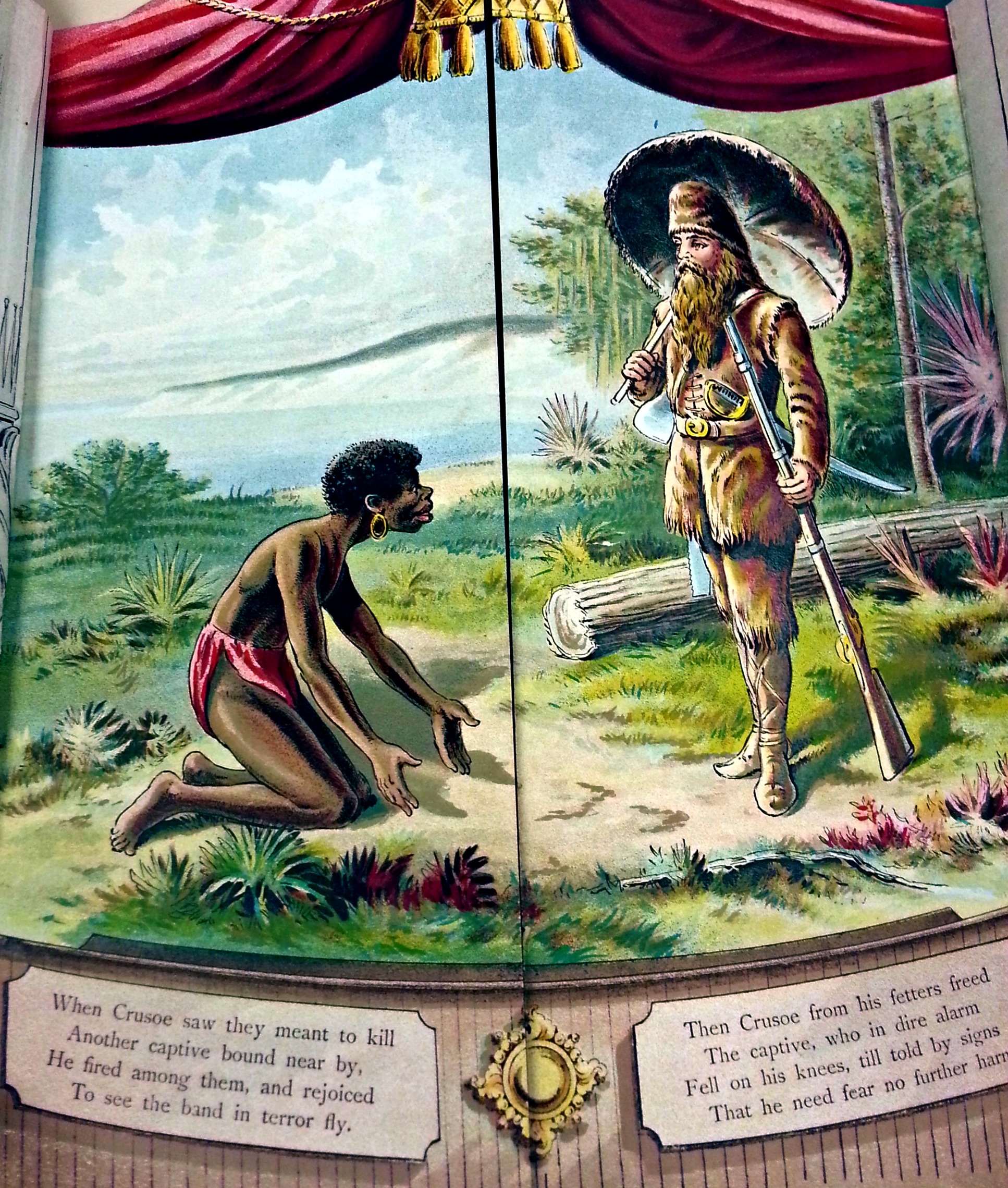