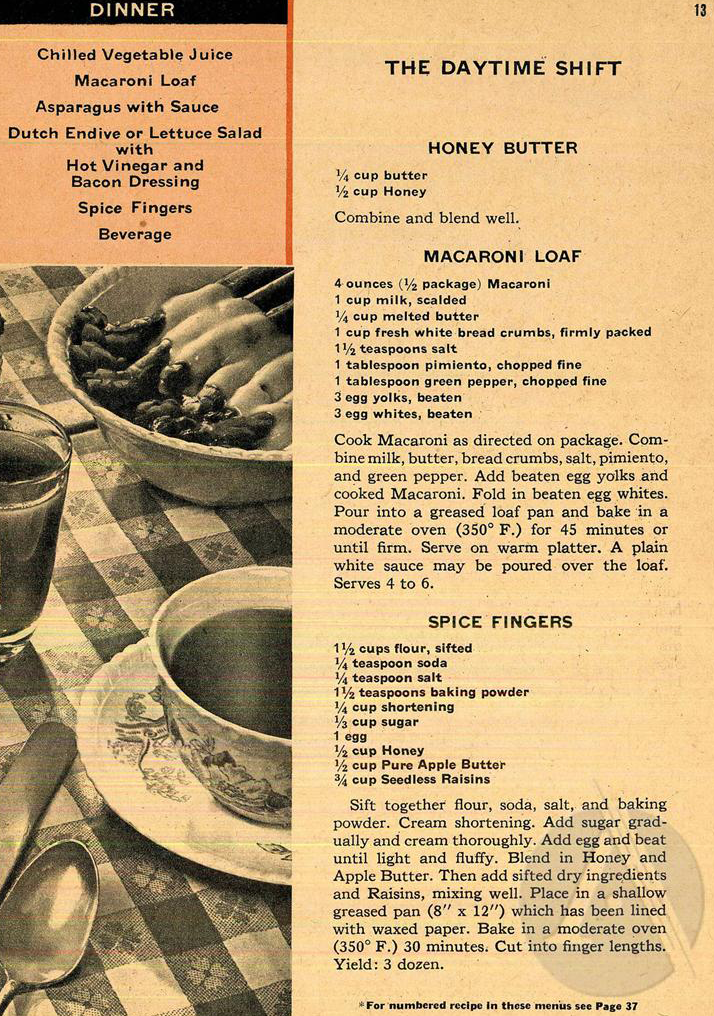 We study our historic cookbooks for what they tell us about consumption patterns and other social phenomena. Sometimes we also cook from them. Our "Recipe of the Month" posts will feature recipes from cookbooks and other historical culinary materials.

This month’s recipe is out of a WWII food conservation pamphlet, A Guide to Wartime Cooking, by Meredith Moulton Redhead and Edith Elliott Swank, part of a box of war-related culinary ephemera

The book was published in 1943 by the H.J. Heinz Company, to help and encourage housewives to embrace the role it assigns them in the war effort. In the words of the first chapter “Your Biggest Job is Food”

“…your biggest job, the job all women must face alike these days, is managing the food supply shopping under the point ration program…using substitutes when essential foods are scarce…planning meals your family will still thrive on…  We hope this little book will help you in that important part of your daily work.”

The booklet would help them discharge their vital obligations, of course, using Heinz products, such as the Pure Apple Butter that the recipe substitutes for some of the sugar that would probably been the main sweetener in peace time.

It’s one of the books that a team at the Clark Library consulted for their current exhibit A Community for Victory Ann Arbor in World War II. 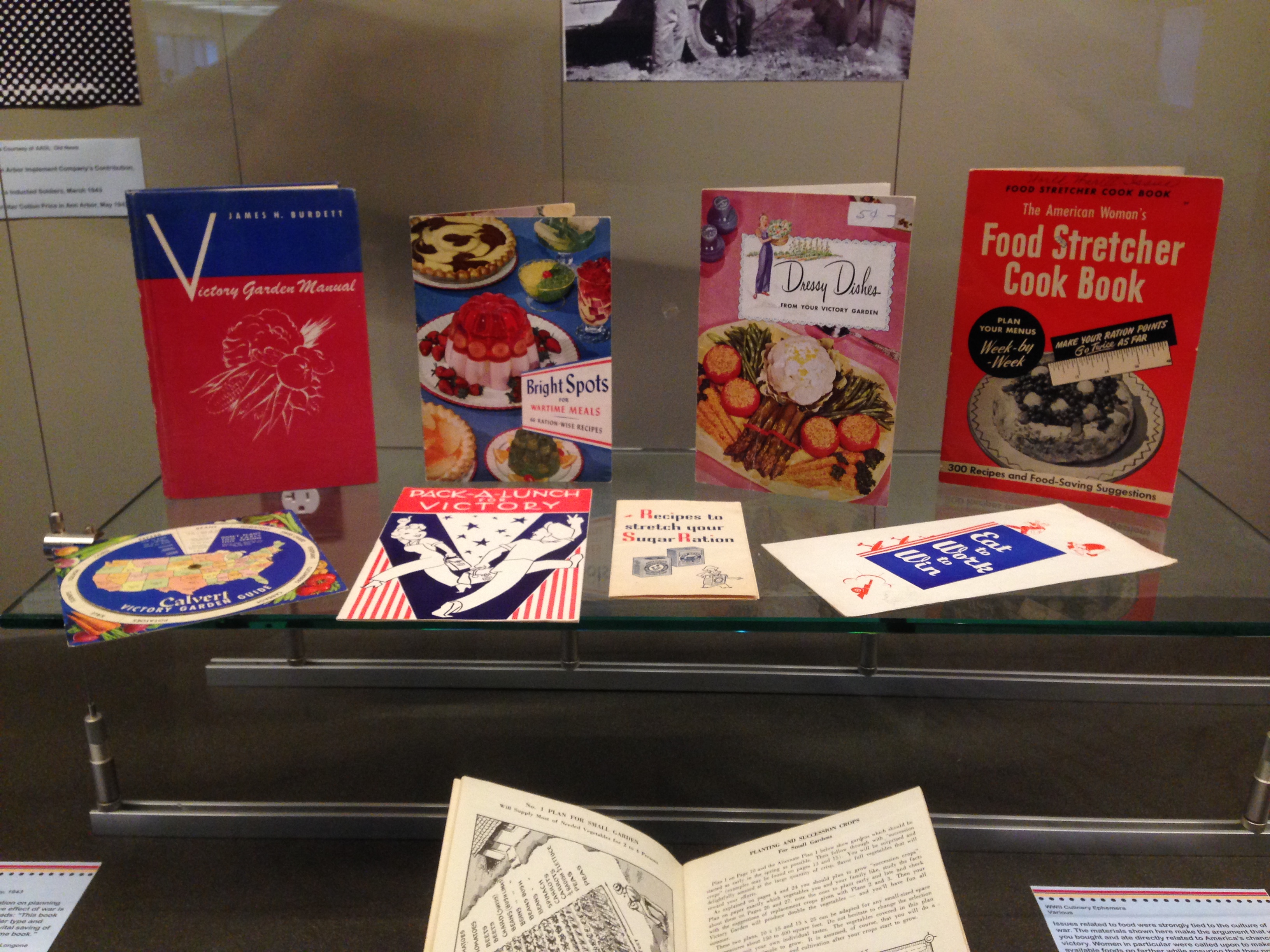 and the recipe was served at the opening reception. The book was consulted for the exhibit but didn’t end up being displayed as the paper was too fragile

The recipe’s name, combined with the absence of spices in the ingredient list, may reflect the fact that, while not rationed, spices were difficult to obtain. Perhaps the flavor of the cookies was meant to be reminiscent of spiced confections such as gingerbread and apple pie. It’s likely the author expected that someone baking these would add spices ad lib if they were available.

The apple butter was included not only for flavor, but also for an appealing texture that larger amounts of butter and sugar would have supplied in a peace time recipe. Modern low-sugar and low-fat recipes often use ingredients like applesauce or prune puree for "mouthfeel" in the same way.