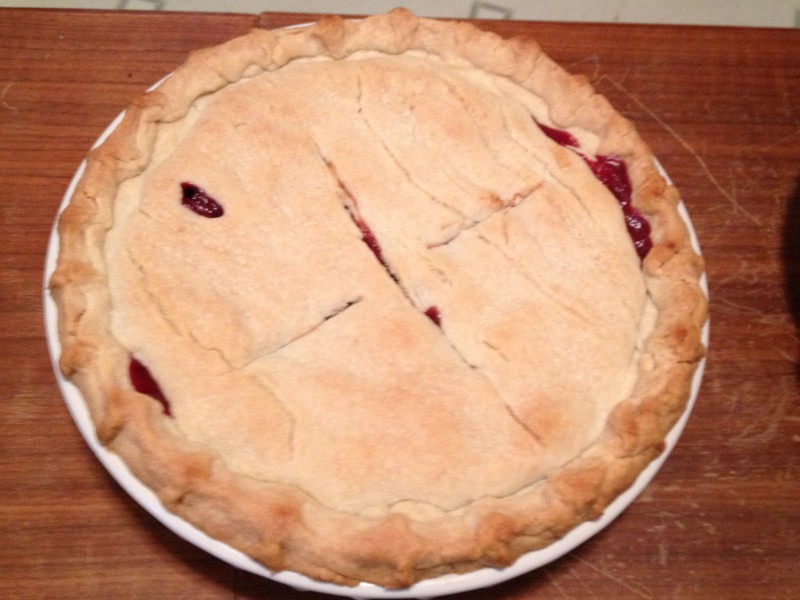 Americans love pie any time of year, but in November pie is particularly in the spotlight. Apple, mince, pumpkin… every family seems to have its own traditional pie repertoire for Thanksgiving. In my family it was pumpkin, pecan, and Great Aunt Sylvia’s lemon meringue.  Since we're heading into cranberry season anyway, here’s something a little different for your festive board: Mock Cherry Pie, made with cranberries and raisins

Americans seem to love mock foods. There’s a substantial history of them in this country: mock cream (milk simmered with flour and egg yolk), mock strawberries (quartered peaches and apples macerated with sugar for several hours), mock oysters (essentially a fresh corn fritter), and even mock birds (salt pork rolled around stuffing and browned). The 1916 Orange Judd Cook Book is particularly rich in them, as this search for “mock” recipes shows.

Our cookbooks also contain many recipes for mock turtle soup, made from a calf's head. This dish (which we inherited from English cooking) was immortalized by the figure of the Mock Turtle in Lewis Carroll’s Alice in Wonderland (which we have in numerous editions)

Mock cherry pie is a common recipe in our late 19th and early 20th century cookbooks. We have versions in Woman's home receipt book 1902, The Star cook book compiled by the ladies of the "Star Society". 1914,  The Boston Cooking-School cook book. 1920,  Maids' and matrons' cook book. 1921, and others.

In its day, it would have been a winter pie, to be enjoyed when cherries were long out of season.  The recipe is an artifact of an era when cherries were either prohibitively expensive or simply unavailable anytime but June and July. Unless, that is, you preserved your own, which if the testimony of recipes in our 18th and 19th century cookbooks is to be believed, many people did. Here are some much earlier recipes for preserving cherries from our 1778 edition of Hannah Glasse’s  Art of Cookery 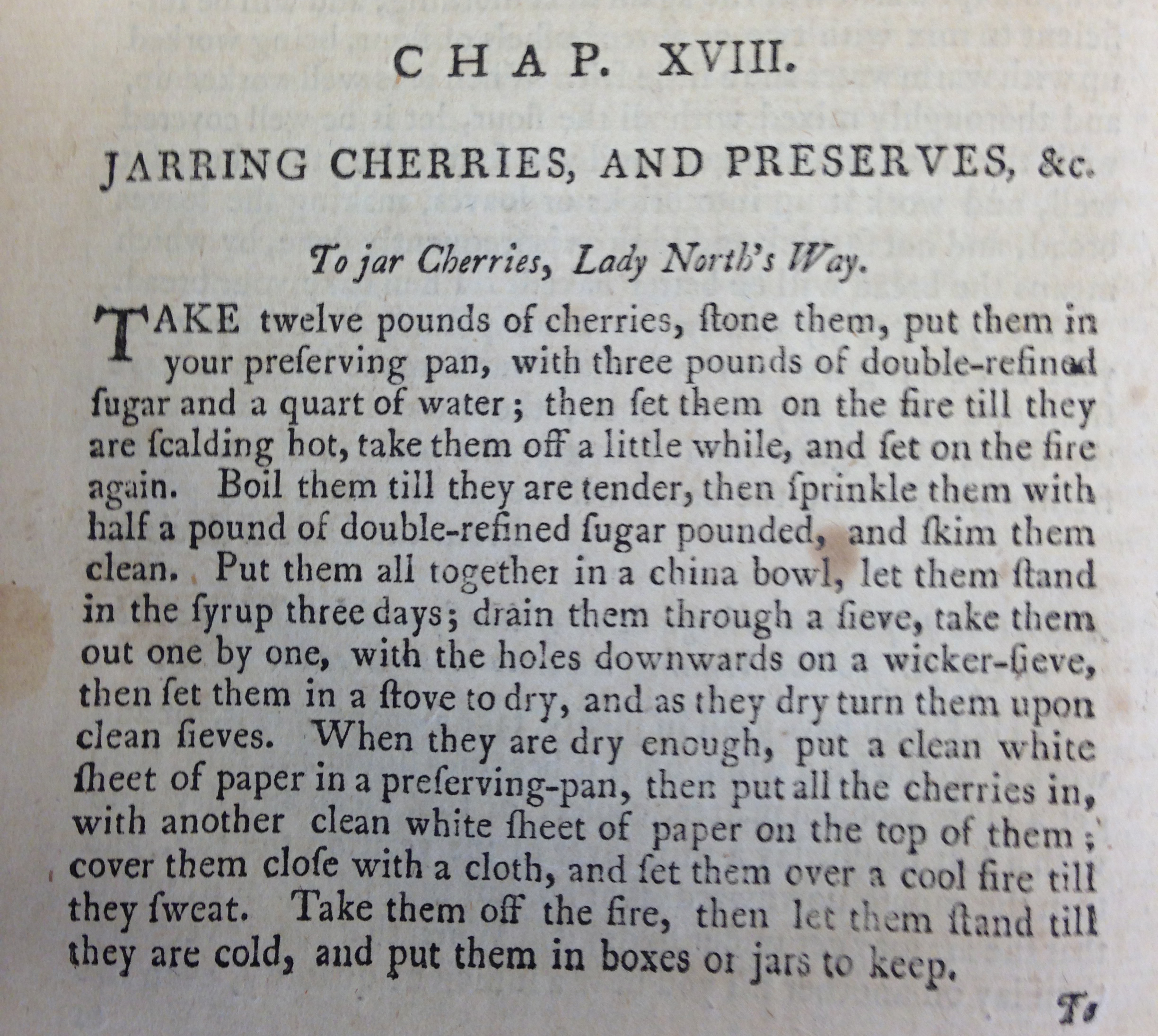 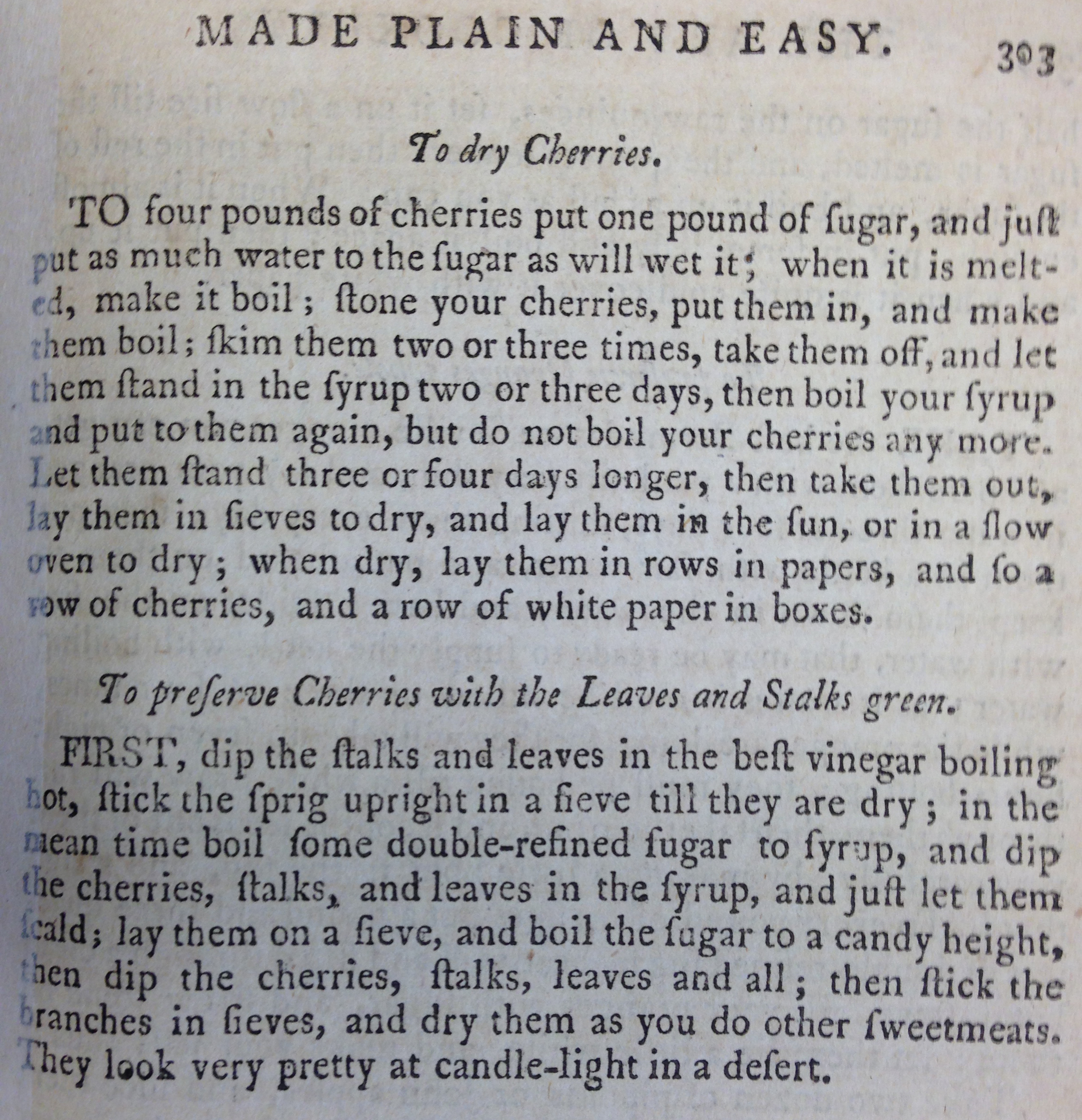 This month’s recipe is modified from two in The Dewey cook book. The book is also available from the Hathi Trust. 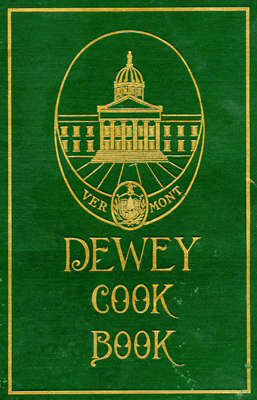 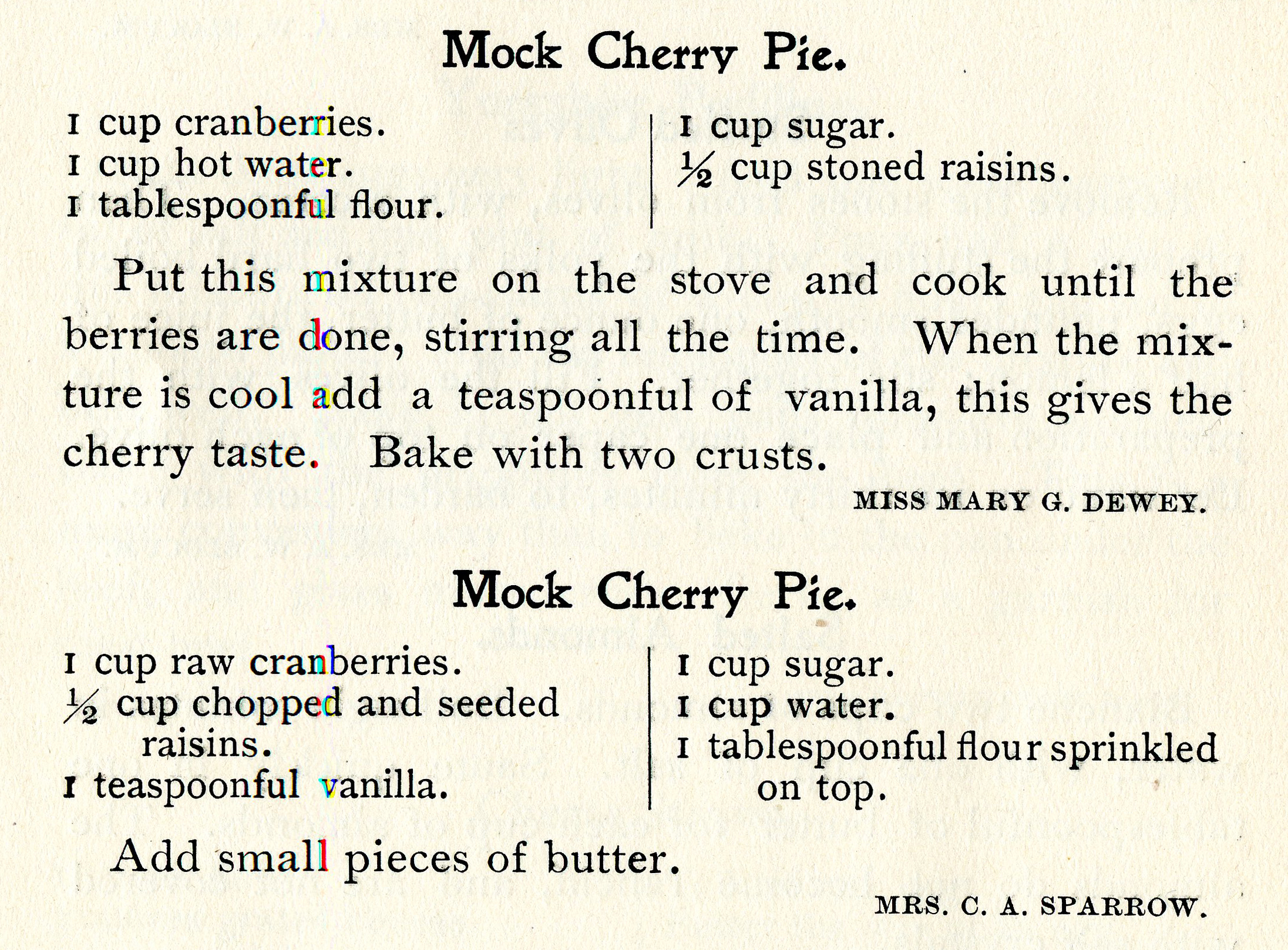 This version will work with either fresh or frozen whole cranberries. It doesn’t taste very much like cherry pie, but the combination of the tart cranberries with the rich sweetness of the raisins is a delicious and unusual effect.

If you already have enough pies planned, just cooking up the filling with a little less water and somewhat less sugar makes for an interesting variation on the usual cranberry sauce.

Of course, you *could* also make the pie with less sugar and put a thin slice of it on the plate next to the turkey — because what Thanksgiving dinner needs is more starches, right?