By Eve Bourbeau-Allard and Julie Herrada

On November 5th, 1916, the town of Everett, WA, witnessed a violent confrontation between a citizens’ militia hostile to labor unions and a group of Industrial Workers of the World (IWW) members sailing into the town’s port to support local workers on strike. The events that day became known as the Everett Massacre.

A young IWW member, Robert Hansen, later recounted the escalation and confusion of the encounter to the defense counsel trying to defend workers charged with murder and unlawful assembly in the clash’s aftermath:  “When the shooting began, everybody started to holler ‘Pull the boat away’. I lay down to escape the bullets. […] I heard bullets hit on both sides of the steam pipe when the firing was thickest. My impression was firing came from both sides.” At least seven individuals lost their lives and several others were injured.

A new set of documents relating to the Everett Massacre, a vast amount of which was previously unavailable to researchers, now enriches the holdings of the Labadie Collection pertaining to American labor history and sheds light on the legal battle that followed the violence. This ensemble of documents comes from the estate of Albert Carpenter, a private investigator hired by Attorney Fred H. Moore, who led the defense of the accused workers. A committed socialist and a controversial figure, Moore was known for his involvement in IWW trials in the early twentieth century.

The testimony of the events cited above is only one of the numerous witness statements gathered by Carpenter in substantiating the case. In addition to those investigator’s notes and statements, the documents acquired by the Labadie Collection include upwards of 400 letters sent to and from Moore’s law office. Correspondents include workers, politicians, family members of accused IWW activists, and famous labor leaders such as Elizabeth Gurley Flynn. 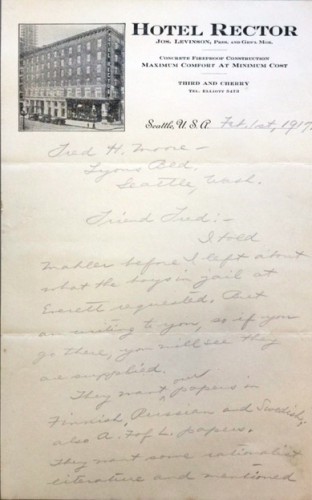 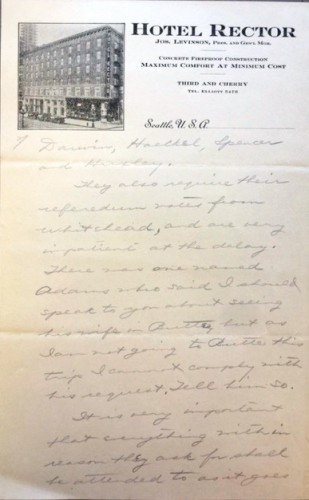 Legal documents also feature affidavits in support of Moore’s attempt to change the venue of the trial because of the alleged difficulty to find jurors who would not be prejudiced against the workers. A full transcript of the deliberative portion of the trial, filling ten bound volumes and thousands of pages, completes this valuable collection.