Think college textbooks these days are heavy? What if you were carrying a book bound in wood in your backpack?

The Margarita Philosophica by Gregor Reisch is now recognized as one of the first printed encyclopedias of general knowledge. The author, a German monk, brought together for the first time in one volume the subjects considered mandatory for an educated man of the 16th century. The Margarita Philosophica, or in English the Philosophical Pearl, was first published in 1503 and widely used as a general textbook both for private study and in universities throughout western Europe.

As usual for scholary Renaissance-era texts, the Margarita was written in Latin. It has twelve chapters dealing with the most common topics of higher learning in the 16th century: Latin grammar, dialectics, rhetoric, arithmetic, music, geometry, astronomy, physics, natural history (the forerunner of modern phyical science), physiology, psychology, and ethics. Like many textbooks of the time, the book is written as a dialogue between student and teacher. 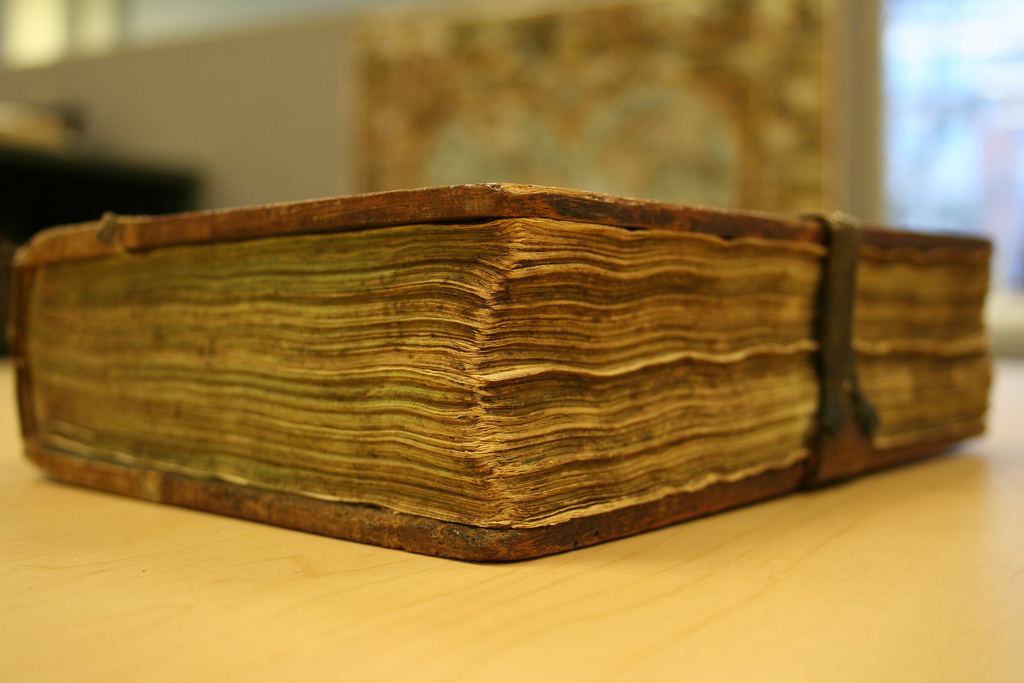 Special Collections has two copies of the second edition of the Margarita Philosophica, published in 1504 in Strasbourg. The first, a gift of Dr. Frederick Lang, is notable as it is in what is quite possibly the original binding: a leather spine, with front and back cover of wood. The original metal clasps and fixtures are also present. 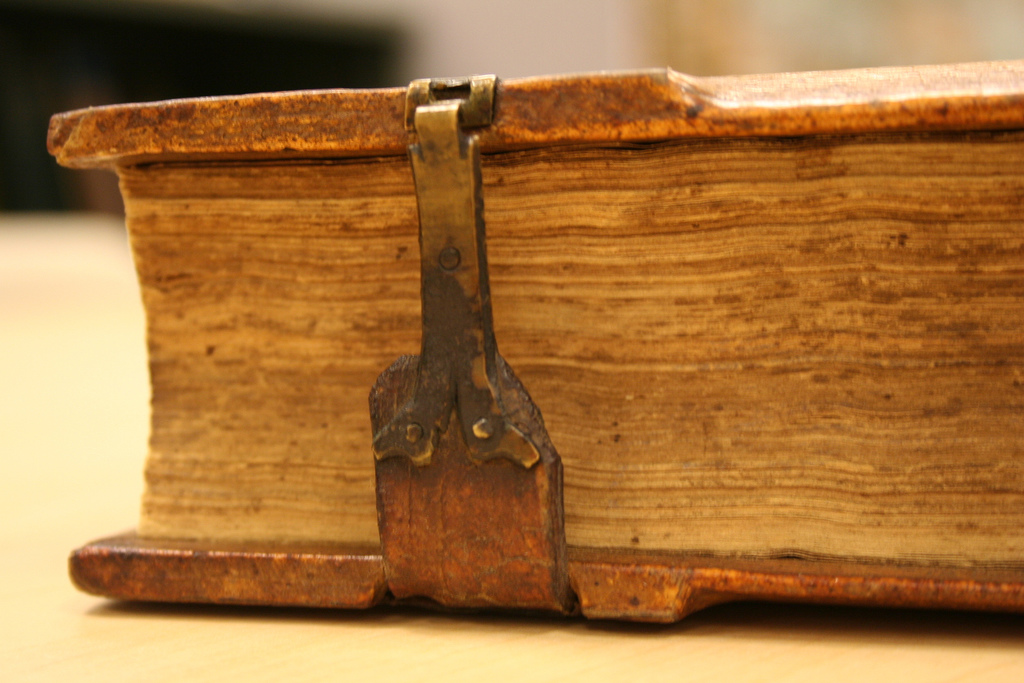 Also notable are the woodcut engravings in this copy, which have been hand-colored. There are also manuscript notations and underlining throughout the text in various hands, indicating this copy was likely used by more than one student in his university studies. 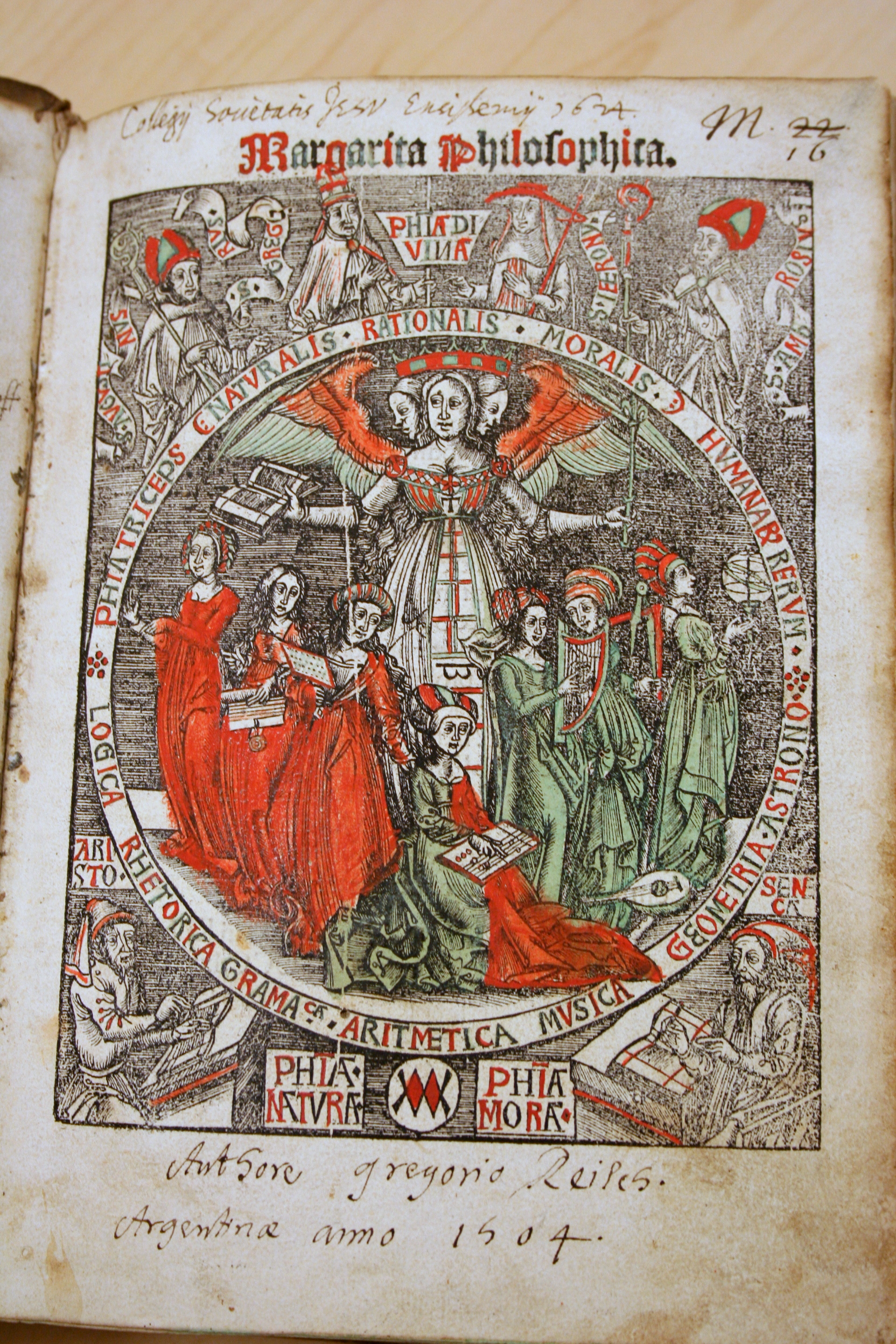 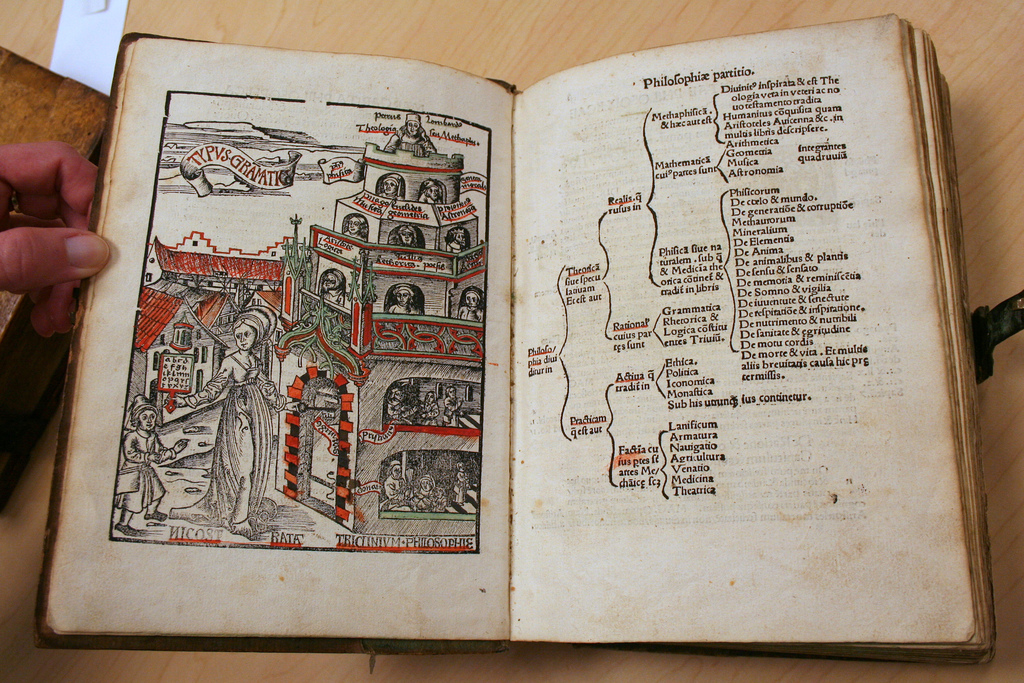