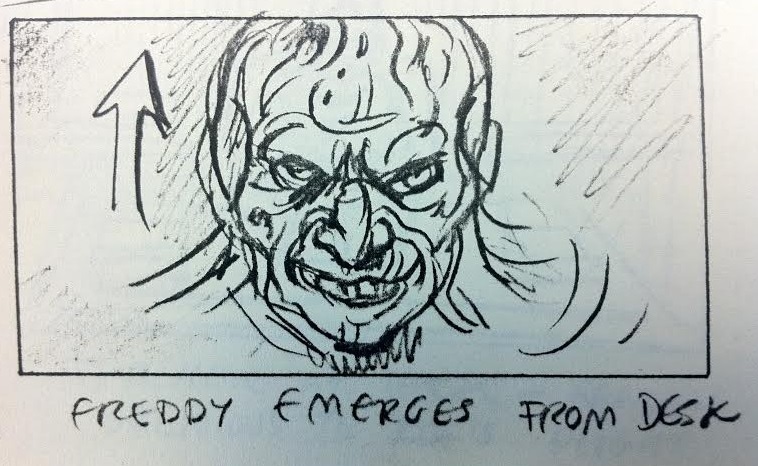 Halloween conjures up memories of movies that haunt the popular imagination, such as the Nightmare on Elm Street movies starring Robert Englund as Freddy Kreuger. Freddy Krueger has terrorized and created anxiety in many a school child and teenager (including me), but he is a pop culture icon that many people still remember as the serial killer with the iconic red striped sweater, fedora, burned face and famous glove armed with razors to kill and terrorize his victims.

Part of the Special Collections Film, Theatre and Television Archives, the Robert Shaye-New Line Cinema Papers contains material on Robert Shaye’s career as founder of New Line Cinema  and his career as a producer, director, distributor and actor in Hollywood. New Line Cinema’s famous productions include the Nightmare on Elm Street series, Teenage Mutant Ninja Turtles, Austin Powers and the Lord of the Rings movies. In the archive are storyboards from the Nightmare on Elm Street 4: Dream Master movie produced by Robert Shaye. Written by Wes Craven, directed by Renny Harlin and starring Robert Englund as Freddy Krueger, the film was released in 1988 to mixed reviews. 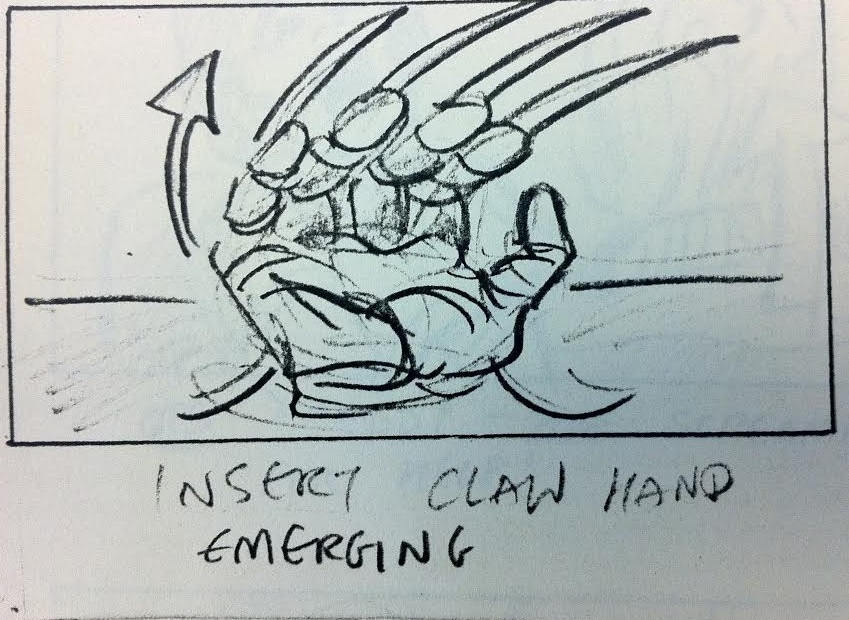 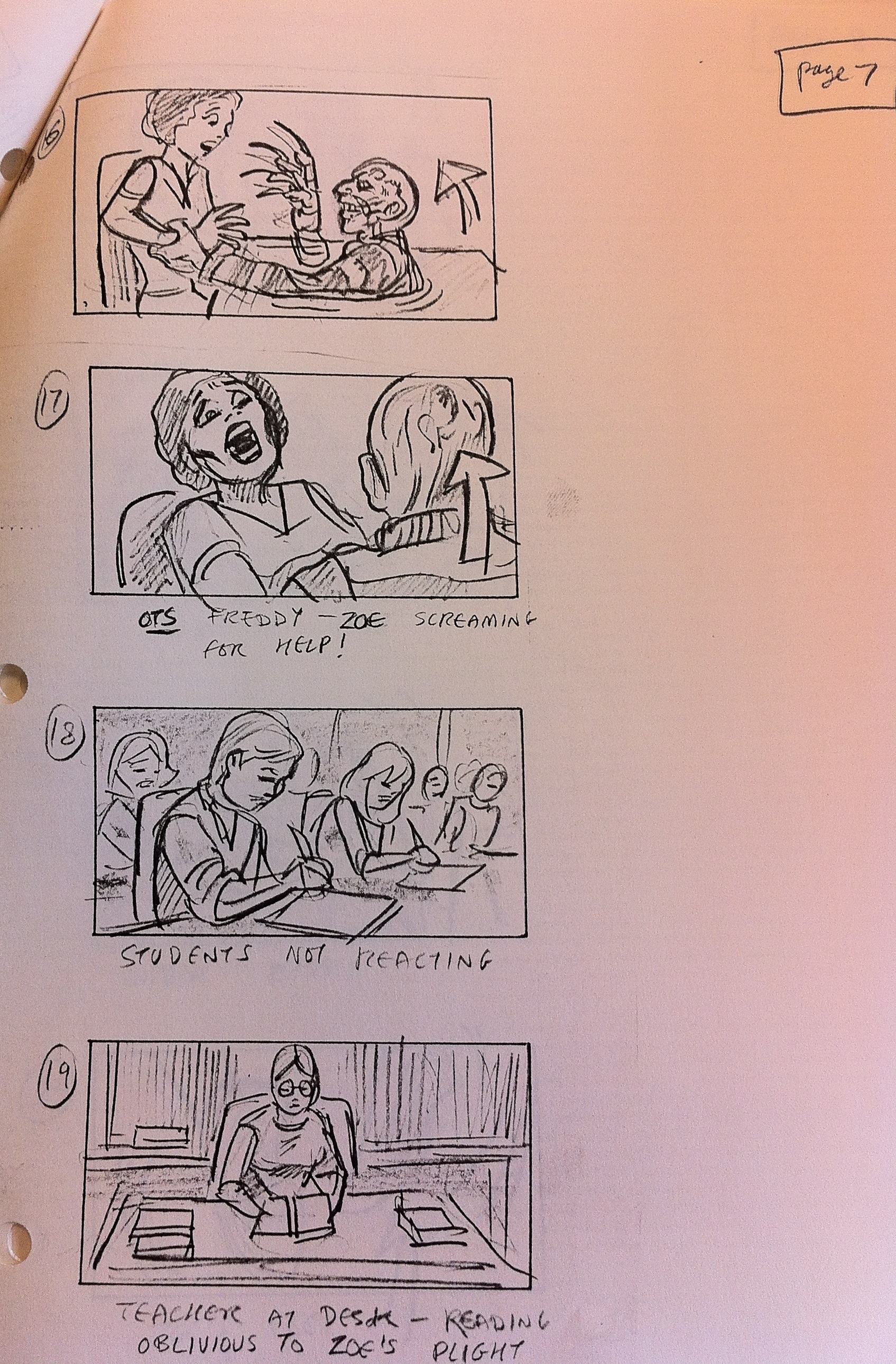 The storyboards were drawn by artist Pete von Sholly and titled “Zoe’s Death” “Nightmare Four” in the film. In this scene, Zoe (later named Sheila in the movie) falls asleep in class and has a nightmare of Freddy emerging from her desk and attacking her by sucking the oxygen out of her lungs. There are several versions of the storyboards and many of the storyboards do not reflect the film version since many scenes were either changed during production or edited out.

So come take a look at the Robert Shaye-New Line Cinema papers at  Special Collections and get a glimpse of the behind the scenes work on distributing and producing films in Hollywood.