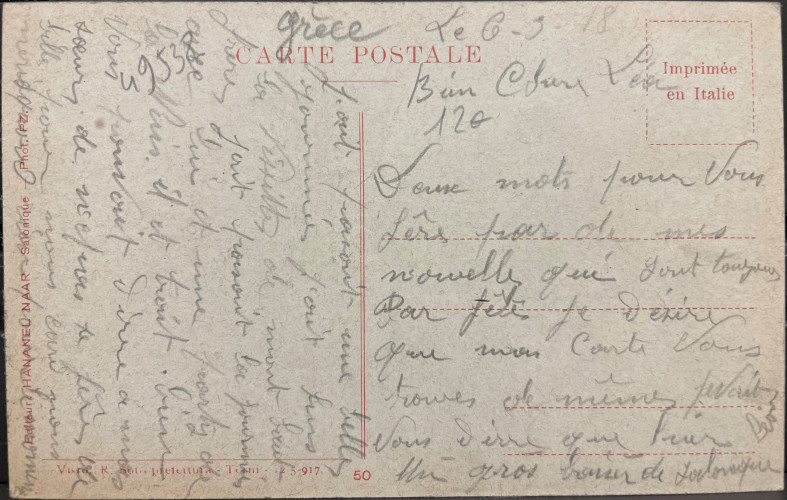 This specific version of the postcard makes no mention to the religious identity of the workers – but a previous black and white version with the exact same image, edited by Jacques Saul, carries the caption "Groupe de porte-faix israélites à Salonique" (Group of Jewish dockworkers in Salonica).

The fact that the three Salonican dockworkers posing for the camera were Jewish came as no surprise – Jews were the largest ethnic group in Salonica from the 16th century until the early 1920s, and worked in all professional sectors.

The Jewish presence among the dockworkers and other dock-related jobs were so preeminent in Salonica to the point that until the early 1920s the city's port closed its activities on Saturdays – the day of Jewish rest.

Two of the dockworkers in the picture are sitting and improvising a board game over a wood box, while the other stands, most likely observing the movement of the ships and waiting for new cargo to arrive. Their clothes are probably characteristic of the late Ottoman period. The card is inscribed in French and dated May 6, 1918.